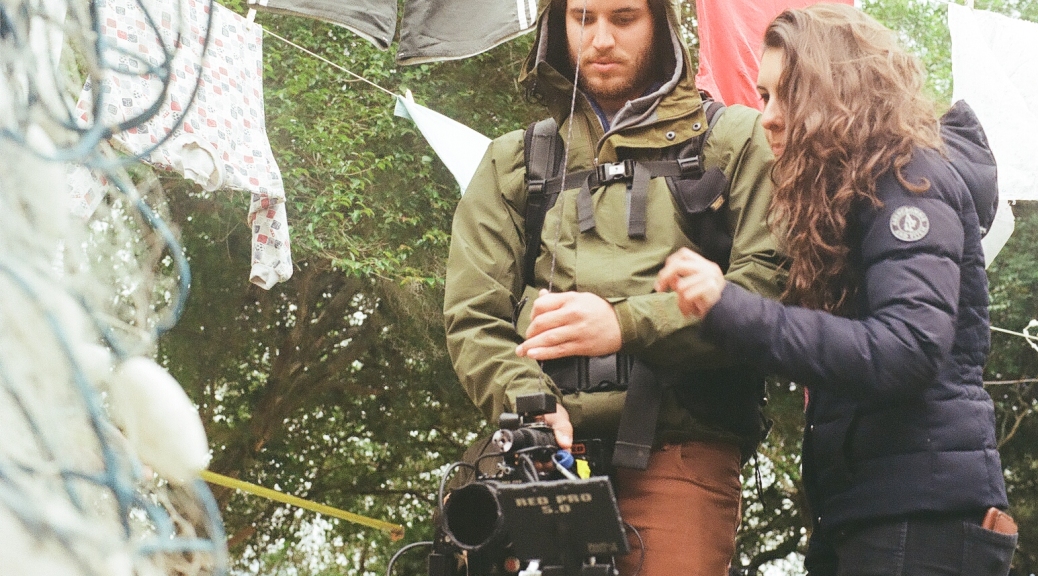 Ernesto Pletsch is one of the lucky few. Not only does he get to do what he loves every day, he is exceptionally good at it, and isn’t that the dream?

Originally from Porto Alegre, Brazil, Pletsch has seen success both domestically and abroad. Just last year, he worked on the pilot for the television series Desterro, a show in Florianópolis, Brazil. The series follows the investigations of two detectives in a witchery island located in southern Brazil.

“Desterro is a thriller and crime story. My favorite genre to watch. I was very excited about the whole project and the ambition of it,” said Pletsch. “Looking back, I think that was my best experience as a cinematographer. I had a great team, working with people I already trust and felt confident with. In Brazil, I ended up meeting more awesome and talented people that were essential for this to work. Every day was a different challenge and learning to me, making Desterro a very special experience.”

Desterro was inspired in folkloric tales of the island Florianópolis. These folkloric tales were written, drawn and sculpted by a famous artist called Franklin Cascaes. A blend of witchery, mystery and gothic, creating great inspiration for Pletsch and the rest of the team.

“I loved shooting Desterro because everyone was putting their souls into the project. Everyone was doing their best. We had our moments of tension, but we also had those moments of euphoria, and when we called it a wrap and you could just see smiling faces around,” he said.

The pilot was shot during a five day time period in Santa Catarina. The people in the area had not had the opportunity to see a film production before, as the island is somewhat secluded. Pletsch and his team were viewed as true Hollywood guests, and the best treatment was offered.

“Shooting in Brazil, as expected, had completely different rules, as in no rules,” Pletsch joked. “We had the freedom to do whatever we wanted to, shoot anywhere at any time. This was very exciting.”

While shooting, Pletsch was presented with the challenge of overcoming an obstacle he had no control over: the weather. Certain scenes would be completely prepared, and when it came time to shoot, it would become windy and rainy. Low tides made it difficult to carry boats to desired locations. Equipment would have to be moved and plans would have to change, but for Pletsch, a seasoned cinematographer, he says that is all part of the experience.

“It will always feel frustrating and disappointing at the time because you have a certain idea in mind, but it happens. You move on, and sometimes it comes out better than you originally thought,” he said.

According to Pletsch, shooting Desterro was different than a usual television show, saying it was shot like a movie. They had four days for twenty pages of script, which gave them a reasonable time for each scene. They took our time and made it day by day.

“Usually television shows would require more efficiency from the crew. On a film, we record five to seven pages of the script a day. For a television episode, it tends to go over ten pages. This can get pretty hectic, and sometimes you prioritize delivery over creativity. That’s how usually goes. In any production, you have to pick at least two sides of the triangle: price, quality and time. If they want something delivered fast, they better have money to accelerate the process. If you don’t have money, you may take time to do something good. But if you don’t have either money or time, you’ll probably end up with something of poorer quality,” he advised.

Despite the great success he saw on the show as the Director of Photography, Pletsch was first signed into this project as a gaffer. When he first became aware of the project, there was already an American cinematographer on board. Wanting to work in his native country, he took on the role of lighting technician, and offered to help the cinematographer understand Brazilian practices and translate for the Brazilian crew. However, three weeks before they were scheduled to shoot, the director, Mariana Má Thomé, approached Pletsch to take on the role of cinematographer, as the previous cinematographer could no longer do the role for personal reasons. Having already worked with Má Thomé before, and getting to truly work as a cinematographer in his home country, it all felt like destiny.

“I always like working with Ernesto because we combine the best of our abilities to make the perfect visual for the film. We get together references and break them down in visual palettes, styles and movement. On set, our work is smooth. Most of it was already planned ahead, and I know I can trust him with his work. Ernesto loves what he does, and this can clearly be seen on screen. He is always striving for the best, and will work with all department heads to achieve the best picture. His work with light is spectacular, and for me, as a director, is lovely to see your vision on screen,” said Má Thomé.

The pilot premiered at Florianópolis, Brazil, on September 11, 2016. From there, they had two more public screenings, and had a lot of success with rave reviews from both locals and critics. Desterro is currently being negotiated with Brazilian and international networks.