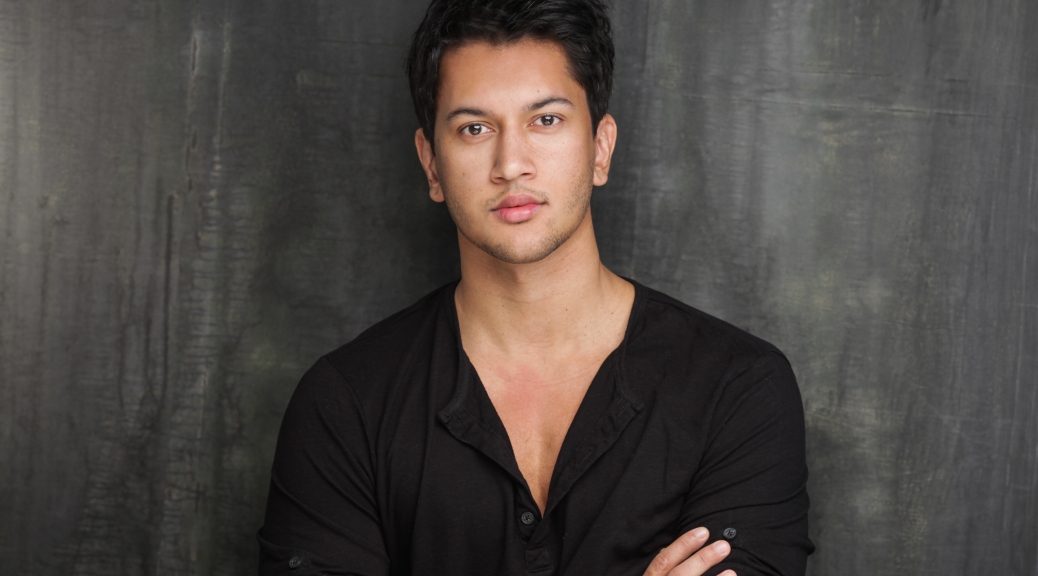 With every new role he takes on, Kevin Clayette gets to do something completely different and transform into someone brand new. For the actor, it is immensely fun, like playing make believe. He dives deep into his character’s back stories, journaling their thoughts and researching their backgrounds. With his characters, he gets to challenge himself, doing things that scare him and meeting new people, travelling to different places in time, adopting different cultures, and he loves every minute of it.

Throughout his esteemed career, Clayette has shown audiences all over the world just why he is such a renowned actor. He captivated audiences in the award-winning science fiction horror Doktor without uttering a single word and sang his way to fans hearts in the cult classic Emo the Musical.

Despite all of his success, Clayette claims the highlight of his career came back in 2016 when he was cast in the iconic Australian soap opera Neighbours. Australia’s longest-running drama series, Neighbours follows the lives and dramas of the residents of Ramsay Street, a quiet cul de sac in the fictitious Melbourne suburb of Erinsborough.

“I like that it’s one of those shows that doesn’t try too hard to be cool. It’s just really simple, it’s about the life of these characters who live on this street and what they go through. It’s obviously an important story because the show has been running for more than 30 years. I think people just find it really relatable which is amazing. We all need to recognize ourselves in something or feel inspired by something. Shows like this allow us to disconnect from real life for a moment. Neighbourshas also been known for dealing with important topics like bullying, depression, and much more,” said Clayette.

Playing the character of Dustin Oliver, Clayette had to transform into a homeless twenty-year-old who spent his life going in and out of foster homes. Dustin becomes best friends with Jack, a main character in the show, but quickly creates drama when he kisses Jack’s girlfriend Paige, creating a love triangle that completely captivated fans of the soap. Later on in the series, Dustin helps Jack remember who he is after he suffers from memory loss, allowing Clayette to become a fan favorite during his time on the show.

“I portrayed my character in many different ways ranging from a light charismatic side to a more dramatic and troubled persona,” Clayette described.

Even though his character is portrayed primarily as a good guy, Dustin has some anger issues because of his rough upbringing, and uses boxing as an outlet for stress relief. Clayette therefore had to learn boxing, which he had never done before, and utilize those new skills in choreographed fight scenes.

“It was truly incredible. When I first learned who I was going to play, I wanted to make it as believable as possible. I started thinking about my character’s background and researched on the show to get more context. Then closer to the shooting dates, I started receiving my scripts, which would have a lot more information about my character. I then proceeded to learn my lines thoroughly and put pieces of the puzzles together in regards to my backstory and who my character was. I loved the challenge,” he said.

Clayette loved every second of his time on Neighbours. Fans of the show still reach out to him, two years later, saying how much they loved his character and his acting on the show. He never grows tired of it and is still honored to have been part of such a wildly popular series.

‘It felt incredible. I’m following in the footsteps of many other amazing actors who were there before me. At the end of the day, I was only a piece in this gigantic machine, but I feel very honored that I was a part of it. The fact that I came from a tiny little French island in the middle of the Pacific, not speaking any English and managed to make it on there is something I’m very proud of,” said Clayette.

Undoubtedly, Clayette has had a career many can only dream of, and at just 25, audiences can continue to expect greatness from this extraordinary actor for years to come. He has many exciting projects in the works and has no plans on slowing down.

For those looking to follow in his distinguished footsteps, he offers some wise words:

“Be proactive about it and don’t let anyone tell you that you can’t do it. The former because luck is not something you want to rely on,” he advised. “There are so many actors out there, you have to create opportunities for yourself. The more you put yourself out there, the more opportunities will come your way. If acting is your dream, then you should not allow anyone to take that away from you. Believing in your dream and yourself is 50 per cent of the job.”