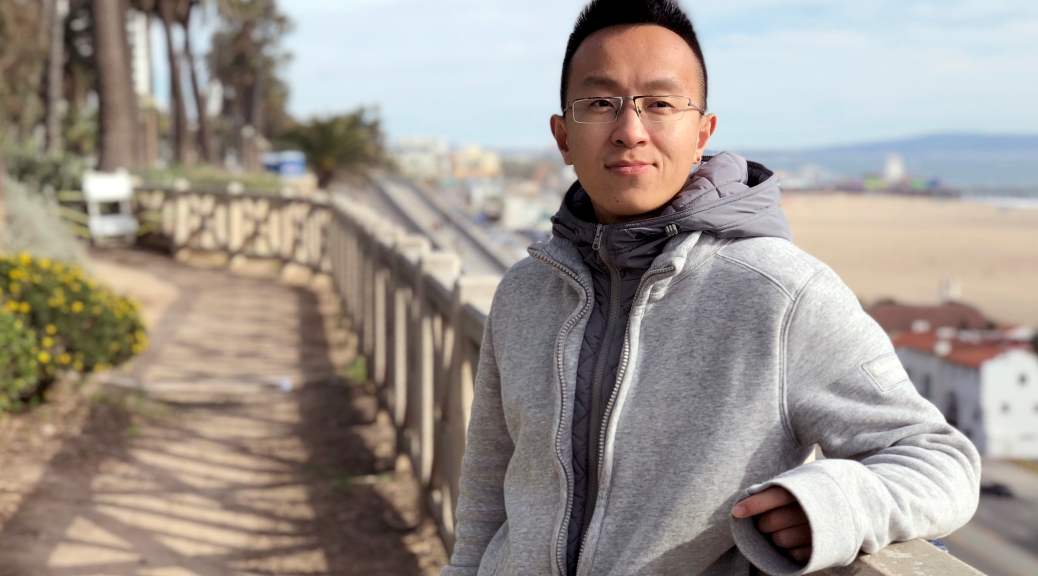 When watching the animated 2011 hit Rango, inspiration struck Qiao Wang. At the time, he was a graphic designer, creating still images, but when watching the film, he was transfixed by the technology used to create such realistic computer animation. Always a fast learner, Wang began to study new styles of mathematics and computer science to combine with his artistic background, wanting to create similar films to that which so motivated him.

“The visual effects industry in filmmaking was still fresh and new to the world, and not a lot of people knew what it was in my country. I enjoyed what I did as a designer and artist, but I would have definitely changed my career path earlier if I knew what VFX was,” said Wang.

Since that time, the Chinese-native has gone on to become an internationally sought-after Character Technical Director and Character Effects Artist. Using his skills in both mathematics and design, Wang helps to conceptualize some of the most beloved characters in many recent popular films, including Rocket the Racoon and Groot in the mega blockbuster Avengers: Infinity War. Not limiting himself to just one medium, Wang has collaborated with Justin Timberlake on his latest music video, “Filthy”, and worked with world renowned companies, like Target, on national commercial campaigns.

“Qiao is both technical and artistic, he contributed to the team and film’s success in many aspects, including troubleshooting and solving technical issues on hero characters, and developing aesthetics for character cloth and hair simulation and skin deformation,” said Fabrice Ceugniet, Creature Pipeline Technical Director at Method Studios.

Ceugniet and Qiao worked together at Walt Disney Animation Studios on the upcoming film Ralph Breaks the Internet: Wreck-It Ralph 2 and Godzilla: King of Monsters. The two had previously worked together many times, and recently worked on a commercial series for the leading automotive company Lexus. The commercials, such as “2018 Lexus Golden Opportunity Sales Event: Lap the Planet” provided a unique and fun challenge for Wang, who delivered both technical and art direction to the digital Lexus vehicles. He took on many responsibilities for the commercial, working closely with the Character Supervisor, CG Supervisor, VFX Supervisor, Producer, Art Director, Model Maker, and Animators.

“Vehicles are like characters, they have characteristics. Especially Lexus vehicles; they are not only transportation tools, but also a work of art to me. To be able to help build extremely realistic CG Lexus cars sounds very cool, especially as they are the best-selling luxury cars in the United States. I’ve done human characters, cartoon characters, spaceship vehicles, utility vehicles in feature films, and more, but this was a type of project I’ve never done before. I always love to experience new challenges,” said Wang.

The goal was to create realistic CG Lexus cars to express their high performance. This meant that everything had to be exactly the same as the real cars. Wang was up to the task, so he first started doing research and development on rigging setup for cars, watching many videos to find out the details of movement of a race car’s wheels, suspensions, etc. He also had a few meetings with animators to ask them about what needed to be provided. After all that, Wang did not use the auto mastic vehicle setup tool to rig the cars. Instead, he scripted his own procedural Lexus cars rigging tool to provide animators with only a few very intuitive custom controls. He was also able to widely use the ‘Piston’ rigging system that he personally developed previously to fix bugs and improve features to make it a very powerful component in our character technology pipeline. These systems require less setup time and provide institutive and realistic controls for improving the motion of vehicles and many auto parts. On top of all this, Wang also solved wheel spinning motion blur issues to achieve the realistic yet artistic wheel effects. It requires a lot less rig rebuild time when there are model updates for over 10 vehicles. Undoubtedly, the vast technological improvements that Wang implemented saved not only him, but the entire team time, money, and effort.

“I really like the fast pace of this type of project, and the final results are fantastic. The whole production process went super smooth. I also like the different ways of logical thinking to explore and solve various fully mechanical rigging challenges for the vehicle parts,” said Wang.

The commercial series was to promote the 2018 Golden Opportunity Sales event for Lexus. Wang’s work was pivotal to the commercials’ success, and ultimately that of the sale. The company knew they needed someone with his talent, which is why they reached out to him in the first place to take the task. Wang did not take this honor lightly and is extremely happy with the outcome.

“It always feels great to know that our work is helping clients to make more money. I was amazed at how real those cars look, and how beautiful. Even though I work in the industry, if no one told me, I wouldn’t know those were computer generated cars,” he concluded.