While most creatives take many years to find their true calling and turn it into a career, often times there are hints during childhood as to the direction their artistry will later take, and London-based costume designer Jemima Penny is no exception.

Penny recalls, “I was always drawn to costumes. As a little girl my favorite game was ‘dressing up.’ I never wanted bought costumes, I’d always make them up myself.”

Over the past decade Penny has become known internationally for her work as the costume designer on a wide range of projects, including films such as the popular Nick Cave documentary 20,000 Days on Earth, which was nominated for a prestigious BAFTA Film Award for Best Documentary in 2015, the dramatic mystery film In The Dark Half starring Jessica Barden from the Golden Globe nominated series Penny Dreadful, the comedy film Where Have I Been All Your Life? with two-time Primetime Emmy Award winner James Corden (Into the Woods), and many more.

“I was always fascinated by how people define themselves and send messages to wider society about who they are through the way they dress. So I naturally gravitate towards character work over trend. And of course, storytelling is one of the most important and basic human needs. Its how we communicate and pass messages on to one another. So to be able to be part of this industry is a wonderful thing,” explains Penny about what led her to pursue her career as a costume designer.

The film follows Alice, played by Maggie Q, a rationally minded sleep doctor who, after finding no plausible scientific explanation for the terror an entire family of clients faces while they’re asleep, is forced to abandon reason and accept the existence of the ‘Night Hag.’ In Slumber, we realize that this supposed mythical creature who paralyzes her victims while they’re asleep, one who’s been referenced and written about by practically every culture since the beginning of time, may not be as mythical as everyone believes.

For the upcoming film costume designer Jemima Penny has done a thoroughly brilliant job of representing the changing mental states of the characters into their wardrobe, which in the case of this film in particular, changes drastically over the course of the film, at least for some. One of the most drastic visual changes in wardrobe style that audiences will immediately notice is that of Q’s character Alice.

“Alice, the main character is a rational, scientific person who likes to have total control over every element of her life. She is ordered and methodical. However over the course of the film she starts to unravel as the Night Hag becomes more real to her,” explains Penny.

“We used her costumes to help depict this journey. At the beginning of the film she is very put together. Her clothing reflects her character– buttoned up, stylish, sleek, conservative and coordinated… As the film progresses and Alice’s mental state deteriorates we gravitate to more casual, rougher looks– jeans, boots and tees… and the colour palette becomes more earthy and darker.”

The reason Penny has become such a recognizable and sought after costume designer in the industry is due to more than just her skilled abilities as a designer and seamstress. At the end of the day her success can be attributed to the rare and unique way that she gets inside the head of each character she designs for… it’s the methodical way that she breaks down their personality, changing emotions and the outer circumstances that they can’t control to design their wardrobe scene by scene that makes her such a powerful force in her field.

Slumber star Maggie Q says, “Jemima is one of my favorite designers. Not only does she have an incredible sense of style, that is evident in all her work no matter what the brief, but she is totally dedicated to getting the costumes right for the piece, which, for an actor, is such an essential part of being able to fully become immersed in a role.”

Bringing such talent to the table, it is not at all surprising that Slumber is not Jemima Penny’s first time working as a costume designer on one of Jonathan Hopkins’ films. Earlier on in her career she served as the costume designer on his comedy film Minimus, which earned the Festival Award from the 2013 Chicago Comedy Festival. The genres alone reveal the polar opposite nature of the previous project compared to their most recent collaboration, but clearly Penny’s talent as a costume designer proves that her skill exceeds the limitation of any particular genre– or medium for that matter.

“Johnny and I have worked together for a long time. We started making TV commercials together nearly 10 years ago and have built a solid understanding of each other’s work. So after an initial meeting Johnny will ask me to develop designs for the piece and we have a very collaborative process… he is always open to new ideas and trusts in the rest of his creative team to bring valuable input to the project,” says Penny about working with director Jonathan Hopkins.

In addition to making a strong impact as a costume designer in the world of film, Penny has also created a dazzling repertoire of work that includes music videos, such as Calvin Harris’ ‘Sweet Nothing’ feat. Florence Welch, which has over 200 million views on Youtube, as well as an overwhelming list of commercials for globally recognized brands such as Nike, Virgin Media, ITV’s The X Factor, the BBC, Cadbury, Dyson, Disney, Absolut Vodka and many more.

Up next for costume designer Jemima Penny is Primetime Emmy nominee Polly Draper’s (Thirtysomething, Demolition) film Stella’s Last Weekend starring Nat Wolff (Paper Towns, The Fault in Our Stars) and Alex Wolff (Coming Through the Rye, Patriots Day), as well as the upcoming film Farming, which is set in Great Britain in the 1970s and follows a Nigerian child who grows up in a white working class family and ultimately becomes the leader of a skinhead white supremacist gang.

About the upcoming film Farming, Penny says, “It’s a heart wrenching terrifying look at racism in the not too distant past and it should be a very powerful piece. It’s also a fantastic era for costume.” 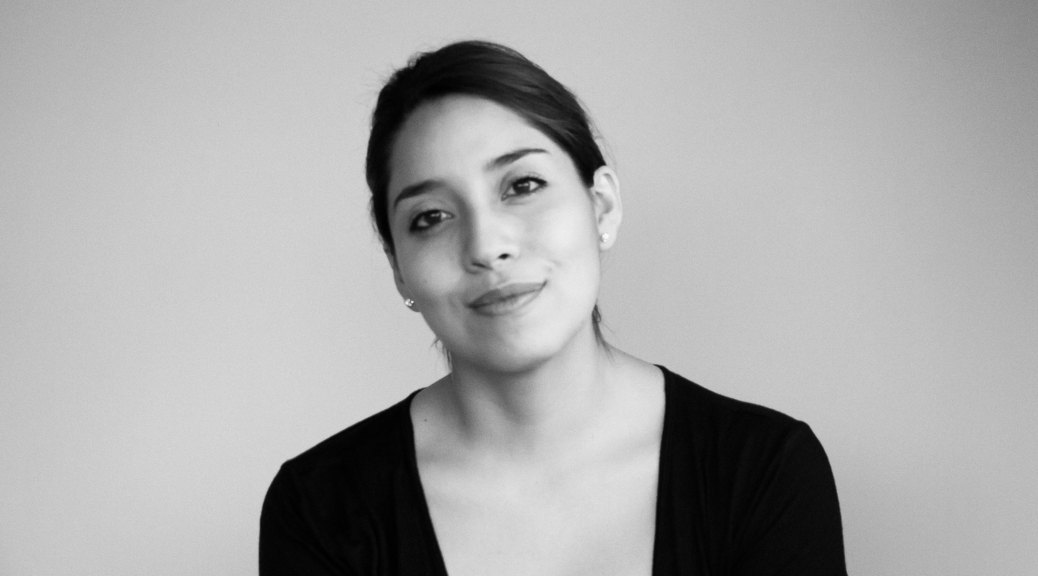 Growing up in Bogotá, Colombia, Angela Trivino was surrounded by yards of fabric in her mother’s studio; it was an upbringing that would lead to her destiny. The steadfast sound of a sewing machine was as familiar as a friendly voice, and slowly, clothing and fashion became a way of seeing the world. There was never a question as to what she would become later in life: she would follow her passion. However, becoming one of Colombia’s best costume designers needed more than passion, it required hard work and innate talent.

Trivino’s world continues to be filled with fabric and design. She is a true artist, lending her vision to countless films, stage productions, commercials, and music videos. She helps directors realize their goals in a completely visual way. Without her, time travel through the lens of a camera would not be possible, as clothing is vital to transporting an audience member to a different era. Her work was key to the success of the award-winning film Tragiometry, a dark comedy set in the 19th century.

“Tragiometry was my first time designing a period film, and I loved the challenge of exploring concepts like femininity, elegance, comedy, and darkness in an era in which these words had a completely different connotation from the one they have today. It always feels great to escape from our world and travel back in time,” said Trivino.

Tragiometry revolves around an undertaker Mr. Vizor, who in the process of treating a dead Mr. Moore’s body, discovers that he’s very much alive, simply awakening from a lethargic sleep. To his outmost surprise, Mr. Vizor finds out that the man is utterly unhappy about being alive and he desperately wishes to go down The Gates of Hades, this time in reality. Two men, two different stories, yet the same questions — does death become a punishment for wasting every second?  Or maybe life itself is a greater punishment for someone who has a meaningless existence.

“I enjoyed this project so much. The energy on set was great, and the artistic conversations with every head of department were incredibly inspiring. On the other hand, the nature of the project gave me a lot of space to explore creatively, which is always amazing,” she said.

Trivino’s role of costume designer for the film required her to stay loyal to the time period and research the history, costumes, and cultural mannerisms extensively to ensure accuracy. The film is a comedy, and her costume design had to still portray that side of the film while being historically correct. After approval of her sketches from Tatyana Kim, the director of the film, and after taking the pertinent measurements to the actors, she built the period garments.

“Tatyana was such an inspiration during the whole process. We have very similar aesthetics and ways of approaching narratives.  She also understands costumes really well, you don’t always get to have conversations with directors that understand concepts like silhouette and fabric textures in camera,” said Trivino.

Leading two seamstresses and a costume assistant in the making of some of the garments used in the film, Trivino made sure her vision was met. During filming, she was on set to dress the actors, and make sure that every single garment was worn according to the period.

For Trivino, the biggest challenge for the film to be successful was to make interesting creative choices without risking justice to the period. In order to achieve this, she extensively researched not only the period, but also the characters and the comedy they carried within. She worked close to the cinematographer, which was key to achieving a well-controlled palette and beautiful, well-composed frames.

“Angela is a joy to work with from beginning to end. As a writer and director, I work with each character from its conception, and Angela has this incredible ability to come up with the perfect visual interpretation of this person that I created through words. Her character–based approach to costume design really digs into each personality and story to figure out what the costume needs are to help the actor inhabit that person. For Tragiometry we were working with a story set in the 19th Century, and Angela focused in not just designing a period accurate film, but in finding the character that lived in that period,” said Tatyana Kim.

This commitment and vision that Trivino carried with her on the project led to Tragiometry having immense success at several international film festivals. It was an Official Selection at Ciné Women Europe 2015, Los Angeles CineFest 2015, China Women’s Film Festival, Pasadena International Film Festival 2017, and the prestigious Cannes Short Film Corner. It won Best Director and Best Actor at the TMFF Glasgow 2015, and was part of the Golden Drama Awards Austria 2015.

“I hate to say it, but I was not surprised that the film was so successful. From the moment I read the script, I knew only great things could happen to such a brilliant story,” Trivino concluded. “The real surprise was finding about Cannes, we knew it was going to do great but not that great.”