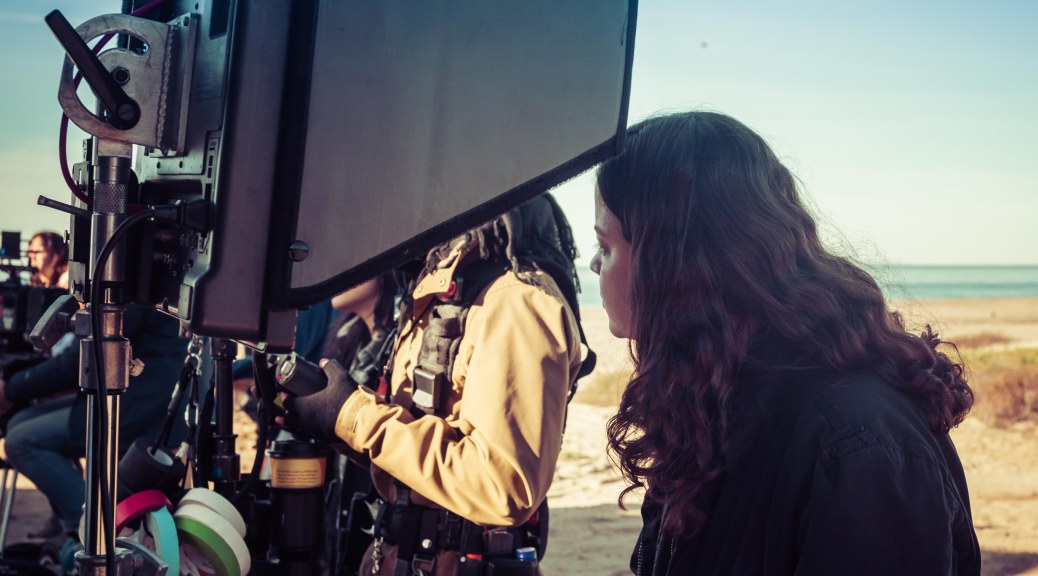 Before pursuing her now prolific career in filmmaking, Helena Sardinha was a professional dancer. The more she danced, however, the more she realized it wasn’t what she wanted to spend her life doing. She had always been passionate about the various forms of artistic expression and found filmmaking to be one of the most complete art forms there is.

“If you breakdown a film, you find elements of every single art in it. In screenwriting, you have literature, poetry; in acting, theater; cinematography, painting, photography; in original scores, music; in set and costume design, architecture, sculpture, fashion; in the camera and actors movement, dance. To make films is to reproduce life the way you want it to be, and to be able to do that, I feel very privileged,” she says.

Now, Sardinha is a celebrated producer in her home country of Brazil and abroad, with many acclaimed projects on her decorated resume. Films like That Girl and Walter have gone on to win several awards at prestigious festivals around the world, a pattern that occurs with most projects she takes on. Her success as a producer is undisputed, and she believes that her experience in dance has allowed her to understand her role in filmmaking that much more.

“I believe that growing up in a dancer’s discipline environment and having an early start on my artistic endeavors was key for my development as a producer. Being connected to diverse content made me develop artistic skills and sensibility to art forms that accompanies me in my career,” she says.

One of Sardinha’s first major success stories after transitioning from dancer to producer came back in 2016 with her film Pumpkin. The film follows Alice and her best friend Dan, who lives in another country. When he tells her he’s been diagnosed with cancer, she faces the scary feeling of being away and powerless. So, Alice tries to show him support and love. Even if that means pushing away friends that are physically close to her.

“Pumpkin is more than a project, it’s a life statement about love. But it’s also about pain during a time of our lives that is definitive for building our characters and notions of values. It’s not often we see teen films talking about those issues, about grief, dealing with pain. It’s important for other teens to watch this film and be able to feel a sense of belonging. To understand that pain is a part of life, and it’s healthy to talk about it. It’s a real story based on the director’s life and it really resonated with me. Losing a friend is not easy, and that was the way she found to cope with it,” says Sardinha.

The film was written and directed by Paula Neves, who was telling a true story based on events in her life. She knew she needed a talented producer to do her story justice, and reached out to Sardinha. They worked very well together, as Sardinha felt extremely close to the story and the project, knowing its background and the inspiration. Sardinha understood quickly what was fundamental to deliver Neves’ vision, and she put a crew together quickly and efficiently.

“It is always great to work with Helena, she is really pro-active and organized. Being on set with her or on a project produced by her is always an easy and fun experience. She is really responsible and smart-thinking. She always looks for a way of making things better without compromising time or money. Also, she is empathic to others, making sure everyone around her is well and in the best mindset. When she commits to something, you know she’ll be giving her ultimate best,” says Neves.

Pumpkin had its premiere at the world-famous Short Film Corner at Cannes in 2016, and went on to win awards and receive great praise at countless other festivals over the course of the year. Those rewards were secondary, however, for Sardinha and Neves, as they had a financial campaign to help kids with cancer through the project.

“I believe working on a project that generates awareness to any kind of issue and makes audiences move and try to change something is just a blessing. Pumpkin was one of those. Our goal as filmmakers is to be able to reach out to audiences and emotionally connect with people. Being able to receive so many notes and comments from people on the film, really pays off the entire journey of making a film,” Sardinha concludes.