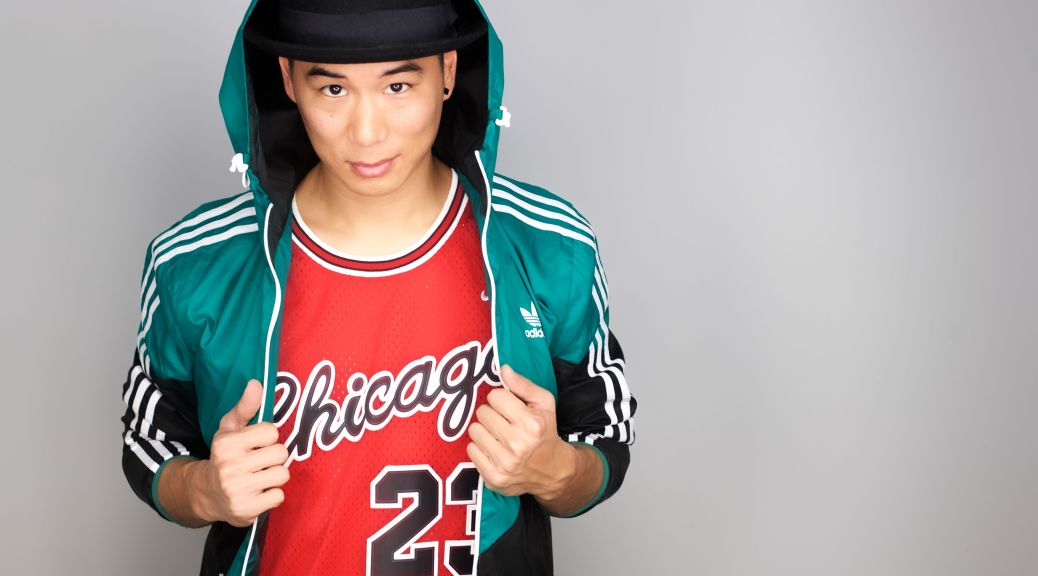 It doesn’t feel like that long ago for Pauler Lam that he was working a 9-to-5 in the corporate world. He found that each day sitting behind his desk ate away at his soul. He was working for a pay check, but it wasn’t what made him happy. Then, five years ago, he decided to take his hobby of dancing, which he spent 16 years training for, and transform it into his full-time career. Immediately, he felt a shift in his outlook on life. He was happy, doing what he truly loved. This joy he feels from dancing is contagious, and those who watch him perform, whether live or on television, feel it too.

With an impressive career working on television commercials, Buzzfeed videos, live performances, and various television shows, Lam has become a sought-after Breakdance and Hip-Hop dancer. Originally from Australia, he has taken the American dance industry by storm, and recently was the principle dancer in two national commercial campaigns: one for Hotel Indigo, and the other for American Crew. In both instances, his talents as a dancer and performer are enthralling, grabbing audiences’ attention around the country.

“I am a very driven person who only does what I know will ultimately make me happy and allow me to bring others joy and in turn, give back to the universe. This for me is dance,” said Lam.

One of Lam’s first breakout professional dance roles in the United States was on the television show Steady Mobbin. The series highlights diverse groups of dancers performing various flash mob styles in major cities, empowering the audience to bring out their inner dancer. The surprise element of the flash mob serves as a reminder that art, in this case dance, is all around us in everyday life.

“I loved that the show was about dance. The dancers were the star of the show, not just in the background. The producers understood how important and amazing dancers are and wanted to put us in the spotlight,” said Lam.

The production on the show began in September 2015. In that first season, Lam was featured in episodes 3, 4, 5 and 6. Each episode took a week to film, including rehearsals. Steady Mobbin premiered on The Dance Network both in the United States and worldwide in February of 2016.

As well as being a principle dancer, Lam was also given a feature in an episode where he was interviewed. He was able to explain his background in dance and provide his back story to the viewers. He also had a solo dance moment where he was able to showcase his breakdancing skills.

“It feels amazing to know that people everywhere are able to see me do what I love. It is great exposure for myself as a performer and entertainer in the dance industry. I truly feel blessed to be able to be a professional dancer and the fact that I can do it for a living and put my work out there for the whole world to see is indescribable,” he said.

When Lam first went to audition, he made an error that he now considers to be his saving grace. At the time, he had misread the audition details and went to the venue a day early. No one was there. and it made him very feel very inexperienced as he was new to the industry in those days. However, his mistake actually helped with his nerves, and when he returned the next day all of the initial fear he felt the day before had vanished; he had time to settle down and laugh at himself. When he came back the next day and auditioned, he impressed the Director, Aaron Mostow, as well as the well-known dancer/choreographer Suze Q (known for dancing with the celebrated pop group The Black Eyed Peas) who was running the auditions. While performing, Lam displayed his vast skill and versatility. It was only a week later when he was booked for lead role in the show.

Quickly noticed during the audition process for his unique ability to perform hip-hop choreography as well as bust out exceptional breakdance moves, Lam was essential in the creation process of each episode. In order for the choreography pieces to have a dynamic and recognizable moment, he was frequently featured doing a flip or a trick for the episode’s “wow moment”, keeping the audience captivated. Usually a Bboy would not do the choreography and stick simply to breakdancing, but Lam was able to do it all and help create flawless pieces and smooth transitions for the choreography, and ultimately, the show’s success.

“Pauler is one of the most skilled and versatile dancers I’ve ever come across. He can do Hip Hop choreography and breakdance. That’s a very rare thing for a Bboy to be able to do choreography too. So, I knew right away after seeing him at the audition that he would be perfect for my show. We featured him on an episode and he absolutely killed it in his solo with his crazy tricks and flips. He was so easy and fun to work with and I would love to work with him again,” said Director Aaron Mostow.

Because the show focused on dance, and everyone involved had dance experience, Lam was eager to be part of this experience as one of the first major projects of his career. While on set, he made sure to stay focused, adapt easily, and be professional. Despite the challenge of having to learn many pieces of choreography in a short time frame, with cameras pointed at him and producers watching, Lam shone in each number. Working on the show truly exposed him to working under pressure, something that is common in the industry, and he quickly learned how to excel under such conditions.

“I am, and will always be, very grateful for this opportunity. The other dancers on the show were really fun to work with. Everyone was happy to be in rehearsal and on shoot days. I made some of my first proper LA friends from this show and am proud to still be good friends with them today. I was able to showcase my skills and versatility as a dancer for the first time in the Los Angeles dance industry. I’ve come a long way since then and will continue to push and grow further as a performer. And a special shout-out to Suze Q, Aaron Mostow and all the other dancers from Steady Mobbin,” said Lam.

Being able to showcase his skill on television earlier on in his career opened many doors for Lam, and he is extremely humbled by the experience. Since being on the show, he has become an in-demand dancer in America, with no plans on slowing down. His journey reaffirms that pursuing his dreams full-time was the right choice, and he has never looked back.

“I know that this is what I am meant to be doing and truly believe that I am in the right place. I will continue to push myself in this industry to achieve all of my dreams and be the best and happiest version of myself that I can be,” he concluded.