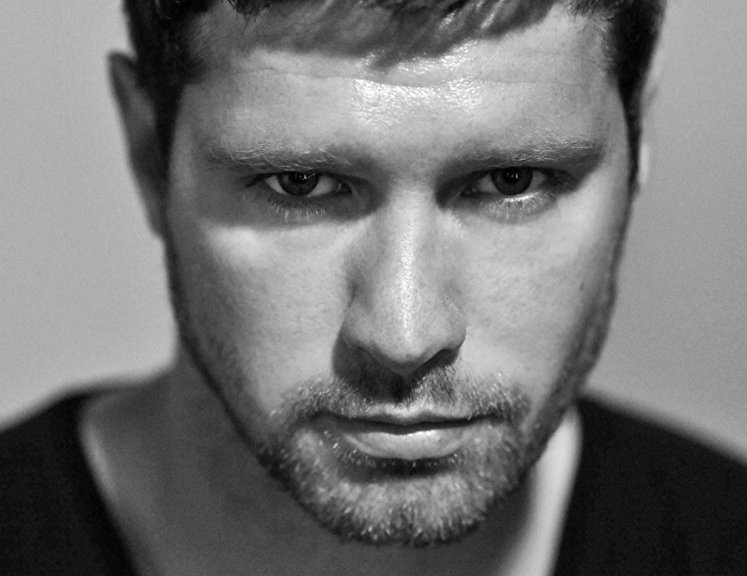 When one asks Dominic Kay why he went into acting, his response is quite simple; he would not have been happy doing anything else. Every day he arrives on set, he is eager to get started. Acting never feels like work to Kay, and the long days and trailer time that some find disheartening just add to the experience for this British native. He humbly feels lucky to do what he loves every day, and audiences around the world feel lucky to watch this talent on both the big and small screens.

Kay’s work in film and television has made him instantly recognizable in the United Kingdom. He has appeared in shows such as Hollyoaks in the City as well as the renowned British soap Coronation Street. His work in film includes the acclaimed historical drama Allies, and many more. However, this actor does not limit himself to just one genre, and as the villain in the 2014 horror White Settlers, Kay’s versatility is evident in every scene.

“This project appealed to me initially due to the fact that it was an opportunity to work with a director and producer that I heard very good things about. Then once I was read the script I was hooked, I read the whole screenplay in an hour, then immediately phoned my agent and told her that I wanted to do it,” said Kay.

White Settlers tells the story of Ed and Sarah’s first night at their new home – an isolated farmhouse on the Scottish borders. This should be a new beginning away from their stressful London lives. And at first it is; come sunset they fall in love all over again on a wander in the woods. But as darkness falls, Sarah suspects they’re not alone, Ed goes to investigate and quickly, the evening becomes a nightmare. It suddenly dawns on them; they do not belong here, and they certainly aren’t welcome.

In White Settlers, Kay plays Local, the antihero. He is an ex-military psychopath, who stops at nothing to get what he wants. He is hard as nails, a bully, and a pack leader. He is definitely not one to be taken lightly. As you get further into the film, audiences see his desperation turn sadistic, forcing him to become more and more ruthless. He thinks nothing of terrorizing people to get what he wants. From when he first enters the feature until the very end, he causes nothing but chaos.

While playing such a menacing role, Kay made sure to maintain the constant barrage of peril and volatility. Particularly in the scenes without dialogue, he managed to be terrifying just with body language and facial expressions. To maintain being threatening and intimidating without being overdramatic can be a challenge, but Kay did so flawlessly. He exudes malice and instills fear into his c audience by doing as little as possible. He always made sure he brought an element of truth into his character. In one particular scene, he acted out of instinct and went off book. The director, Simeon Halligan, loved what the actor did and Kay’s instincts proved fruitful, as that scene made the final cut of the film.

“White Settlers gave me the opportunity I had been waiting for a while – to play a real nasty piece of work. I love to play around with characters, and this character was going to be fun, despite being a challenge. I had to be very menacing, intimidating, and scare the life out of my co-stars. Decision making and being brave was key for this character. It was a difficult mindset to get into, so I found that if I wasn’t fully immersed into him it could come across a little forced,” Kay described.

Kay’s work as the leading bad guy helped White Settlers achieve international success at many prestigious film festivals. The film premiered at the 2014 Film4 FrightFest. It was the winner of the ScreamFest Festival Trophy – Best Cinematography 2014. It was then distributed by Falcon films, Grim up North. Many critics were impressed by Kay’s ability to terrify yet still be endearing. The Producer of the film, Rachel Richardson-Jones, credits Kay as being one of the driving forces of the horror film.

“I cast Dominic to play the lead bad guy in the film. He was an integral part of the cast and did a great job. We were hugely impressed by his acting skills and how he adapted to the role. He was a great addition to the cast and was good to work with. He was very professional and hardworking at all times,” said Richardson-Jones.

When casting for the film, Richardson-Jones immediately thought of Kay after seeing the actor in a television show. She invited him in for a meet and greet, and once Kay read the script, it was a perfect match. He was eager to explore a side of himself that he never had before, and working with a team that he knew would be ideal, he immediately said yes to the part.

“This project was great to be part of. Well, having to portray a character that is a complete psychopath was a joy and a challenge to be honest. It was great fun it gave me freedom to express my darker sides and go even further with them. The director was a credit to the production and got the best out of me with ease. The whole cast just performed really well and everyone bounced of each other adding the performances,” said Kay. “It’s not every day you get to be an axe wielding mad man and terrorize innocent people.”

This year, audiences can see Kay on the big screen once again in the feature Walk Like a Panther. The film tells the story of a group of 1980s wrestlers who are forced to don the lycra once last time when their beloved local pub is threatened with closure. Kay is incredibly eager to share this film with audiences around the world.

It is without a doubt that Dominic Kay is an inspiration to those looking to pursue acting not just in the United Kingdom, but around the world. He always knew acting was his passion, and never gave up on his dream, and he has wise words for those who would like to follow in his footsteps.

“Read as much as you can and expand your vocabulary. This understanding gives you so many more places to go with your performance. You can identify subtle changes in scenes and make better decisions based on the information in front of you. Secondly, I would advise that you study yourself and identify exactly who you are deep down – your core characteristics. This understanding of who you are lets you know what you bring to the table, what you are selling. There’s no point in trying to be something you’re not, because people can see through. Lastly, don’t be scared of letting yourself go or looking a fool, and be brave in your decision making. Unless you are very lucky, success won’t come easy, so work hard,” he concluded.