Advertisers have become much more aware of the fact that interesting presentations equal more attention for their products as well as a longer life in terms of their production budget. To that end, shrewd and astute companies have given greater latitude to the artists they use in creating these promotions. Italian fashion company Golden Goose has utilized the duo of editor Aaron Bencid and director Marco Prestini in a trio of fashion films which are highly unusual, deeply narrative, and always compelling. It seems that the company subscribes to the idea that when you hire a professional, it’s with the understanding that you allow them to do what they know how to do best rather than telling them how you’d like it done. The director of Three Rivers for Golden Goose agrees with this as well as he states, “I was given a lot of creative freedom on this project and the only request made was to have three female characters. I used the opportunity to step out of my comfort zone and work on a narrative to portray the collection. I usually edit my own films but since I was piercing into new territory, I wanted to divide the labor with someone I knew I could trust so I asked my long-time collaborator and great editor Aaron Bencid. He definitely demonstrated a different sensibility and approach towards the project, which ultimately made it better. Working with him was a professional, intuitive, and overall well- rounded experience. A great thing about Aaron is that he’s not just someone who knows the ins and outs of the program, but he comes up with opinions and solutions of his own. He’s as good of a listener as he is an active participant during the editorial process.”

Bencid approaches every project whether it be film, television, web-based, promotional, etc., with the purpose of affecting the emotional impact of the production’s message. Three Rivers is a subtle drama with elements of suspense. An eerie and cryptic voiceover at the beginning hints to an uncertain world. The imagery is subtle yet powerful; its composition imposes a certain amount of anxiety. The character’s actions are purposely mysterious, inducing the audience into a sense of dread and confusion. The first visuals are that of the ancient sequoias; silent giants that for centuries have extended their presence towards the sky and the infinite. Birds sing amidst the foliage and forest community, where a road extends hiding in the trees. A black SUV approaches in the distance, dominated in every direction by the grandeur of the trees which overlook the black asphalt. Two women (Anna and Heather) have been traveling for hours towards the heart of the forest where, hidden among rocks and conifers, a small glass house is seen in the distance. This secret place far from the noise and the city is where as usual the two love to take refuge during the first days of autumn. Accompanying the duo is a mysterious hitchhiker they picked up on their drive to this remote location in the woods. The following morning, one of the girls is discovered missing.

The setting for this story implies the same contrast that Golden Goose and their distressed fashion line is known for. The mystery and intrigue are compliments of the editor and director. The plot sets an obvious somber and eerie tone to which Aaron wanted to be faithful and magnify. His use of use of unnaturally long moments to induce a sense of awkwardness and uneasiness is reminiscent of Yorgo Lanthimos’ work (famed Greek director known for his creative vision in films like The Lobster, Dogtooth, Alps, and others). Bencid describes, “I never wanted the film to feel cutty. The mood of it was purposely slow and I wanted the film to flow like that in the edit. Involving too many cuts in a specific scene would overload it and disrupt its tone. This ended up being a main template; having the shots drag out instead of cutting it short. Remaining on certain shots for longer periods of time than normal helped me enhance the desired effect. I didn’t want the audience to realize when the cut came in, as if you were trapped in this loop; a loop that narratively parallels the ending of the film.”

Three Rivers was the recipient of copious accolades for its highly creative approach. Vimeo Staff Pick, winner of “Best New Creative Advertising Piece” (Interference Festival 2015), and Official Nominee “Best New Italian Fashion Film” (Fashion Film Festival Milano) were just a few of the many recognitions it received. What makes this all the more impressive is the fact that director and editor were on completely separate continents during the production of Three Rivers. Times zones and physical distance made it nearly impossible to communicate in real time, which led to email being a primary source of communication. It’s a very modern way of making films and the results of Three Rivers makes the very idea of this seem counterintuitive…almost impossible but yet it is very much accurate. Lending to the argument that Three Rivers is literally a piece of art rather than just a promotion was its screening at the Italian Museum Triennale under the exhibition “Il Nuovo Vocabolario Della Moda Italiana” 2015-2016. This is proof that Three Rivers and editor Aaron Bencid can proudly and literally be referred to as art and artist. 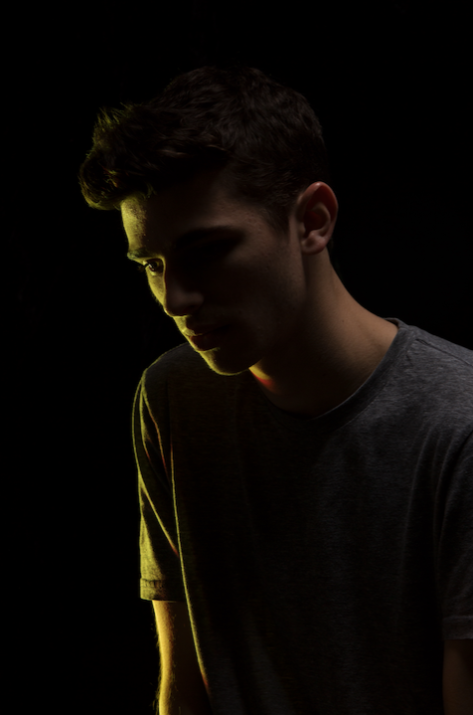