At the end of this month (September 29th in the US) the Cross Creek Pictures/Columbia Pictures distributed drama/horror/sci-fi film Flatliners will open worldwide. Why does Hollywood choose to remake such a film (the original Oscar nominated production was released in 1990)? There are numerous reasons but one of the most prominent is that the ability to tell the story has become better, at least in certain genres; that’s code for technology. There’s no denying that there have always been great artists and professionals creating films but technological advances make the unbelievable more believable. As someone who works in this field as a VFX Coordinator, Jacquelyn Racine is always working with the latest developments. The soon to be released remake of the 1990’s film Flatliners (starring Ellen Page, Diego Luna, and star of the original 90’s film Kiefer Sutherland) has a remarkable look thanks to the work of Racine and her team at Spin VFX. Movie audiences have become savvy in regards to VFX, leaving the professionals who create them with the task of creating exceptional visuals that are somewhat grounded in reality. This is especially challenging within the story of Flatliners with its otherworldly settings. The mediator at the heart of this is Jacquelyn Racine.

Spin VFX is a large-scale visual effects studio in Toronto. One of the top three companies which most L.A. based networks outsource their work to, it has over 100 employees working on up to/over 20 projects at a time. As a VFX Coordinator at Spin VFX, Jacquelyn oversaw three groups of artists, assessing strengths and assigning work according to deadlines. Perhaps more than any other professional around her, the human aspect was paramount. The director’s vision needed to be communicated clearly and manifested by those whose individual skill set best met the need. The very nature of the art being created for the film necessitated a two-way street in communication with Jacquelyn as the roundabout.

The look of the film is not the only difference from the original. The new production has a markedly more supernatural turn on the idea of the afterlife that was investigated in the 90’s story. Technological advancements in cinema have made this a much more viable course. When each of the characters in the film go into their ‘flatline’, they enter an alternate universe with magical components. These paranormal experiences follow them back to reality and haunt them in everyday life. The students push themselves so close to the limits of human life that they almost kill themselves to chase a high of the unusual alternate reality. The 2017 film uses the idea of the original as more of a starting point. The work of Spin VFX empowered the filmmakers to take the idea much further than before. It is meant to be a separate film even though it’s a remake. The characters are different and it takes place in modern day, meaning that the same initial aspects remain the same but the overall look can change and has given the story a different bent.

While the flatline experiences were hinted at in the 90’s film, VFX allows them to be deeply explored and displayed in this new version. In this rendition of Flatliners, the visual effects play an integral role, essentially becoming another character within the film as they help direct the plot. A deliberate vagueness makes it hard to differentiate between reality and the ‘flatline’ in a number of scenes. The result of this is that the audience becomes somewhat disoriented in a similar way to the characters in the film. Jacquelyn worked with her team and the filmmakers to develop a look for each of the characters’ ‘flatline’ world based on their history. Some are meant to be ethereal and beautiful while others are enhanced versions of reality. The VFX in the film adds a visual spectacle to a unique story that would otherwise be quite sad.

The work of Racine and her team at Spin VFX is not as simple as just sitting down at a monitor and using software and…Voila, everything looks amazing! From the very beginning, the producers and directors of a film like Flatliners understand the visual needs of their story are great. Racine and Spin VFX were heavily involved in the previsualization meetings that took place before shooting. This included creating mock-ups of some of the more complicated sequences. They created a blocking for the actors and production team members to use on set for complex camera movement scenes (often involving the use of a techno dolly). Bringing a simplified video example on set can help the director understand and perhaps alter the way they choose to shoot a given scene. Jacquelyn was in charge of overseeing all the work being brought on set and ensuring it was completed on time and on schedule. She explains, “The animation team at Spin VFX, with my management and the VFX Supervisor’s direction, created previsualization videos to give guidance to the team on set. It included a bird’s eye view and camera view of the set, actors, and equipment on location. We used software called ‘Maya’ to create a fully computer generated version of what they were seeing in real life. It demonstrated where the camera would need to be placed to perform the required camera movement. It also included each set piece placed to scale (based on location measurements), so it was a realistic depiction of the production. The video was played for the director and DP to determine whether their vision could be achieved in the space or not. We discovered that the actors would need to be relocated since the camera would interact with them. This was something we wanted to avoid, so we rearranged the placement of the elements in the video and demonstrated the new version to the director. This ensured that when they got on set to shoot the sequence it was clear what needed to be done, and no time was wasted.” 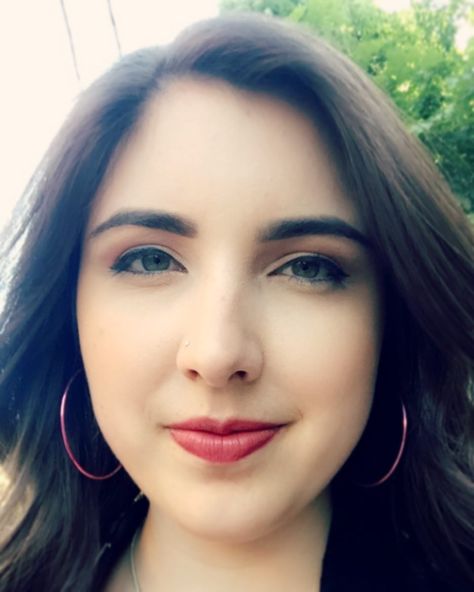 Spin VFX’s Wes Sewell professes, “It was my distinct pleasure to work with Jacquelyn on the feature film Flatliners. We worked closely together at Spin VFX with the animation, effects, and tracking departments. With Jacquelyn’s oversight, we developed a previsualization system for the film. Her excellent and precise management of these teams of artists made it possible to deliver the on-set materials within a tight schedule. It’s not only her knowledge and abilities, it’s that I know I can trust her to keep everything moving. It always gives me comfort to know she’s there. Every success is built on the talent of those involved but also on their commitment and reliability; Jacquelyn is a master of all these.”