Director James Barnes has always felt the need to be inspired about the productions he has worked on. Whether documenting ground breaking artists in Abbey Road Studios, capturing some of today’s most famous and influential artists in informal interview settings, Barnes has been closely tied to music for much of his work. His time at UK’s MTV enabled that and he was compelled to use this to altruistic ends for the TV documentary “Travis McCoy’s Unbeaten Track” which was part of the Staying Alive Foundation. James had the idea for this show and pitched it to the Foundation’s president Georgia Arnold. Barnes explains, “Throughout my time at MTV I had been aware of Staying Alive and seen the annual documentary they would make but I’d never been involved.  Then after my work on the Pete Doherty doc my confidence to develop and to direct had grown so when I heard they were looking for ideas I thought I’d give it a go.  I had the idea of essentially a trip to visit grantees, recording sounds and producing a track. Through a friend at a record label I made contact with Travis McCoy.  He was the final piece of the puzzle, installing him as the figure head of the show.  Although it is hugely enjoyable, sometimes working in entertainment television can feel like you’re in a bubble. I saw this as a way of feeling like something I was working on was doing more for the greater good.”

Staying Alive is the international MTV initiative to promote safe lifestyle choices and at the same time combat the stigma and discrimination of HIV. It is the largest HIV mass awareness campaign in the world. Barnes created and directed “Travis McCoy’s Unbeaten Track”, an MTV documentary featuring McCoy (lead vocalist and songwriter for alternative hip hop band Gym Class Heroes) in his role as Ambassador for the Staying Alive Foundation, traveling with an MTV film crew to South Africa, the Philippines, and India to raise awareness about youth-driven HIV and AIDS prevention initiatives supported by The Staying Alive Foundation. The hour-long program witnesses McCoy’s experiences in Cape Town, Manila, and Mumbai, interacting with some of the grassroots youth-led HIV prevention projects supported by The Staying Alive Foundation. Far from the romantic and hedonistic manner one expects from a rock star, the impoverished areas and the oppressive 100 degree plus temperatures are a contradiction to the graciousness of the local hosts which greet Travis and the crew at each stop.

The three locations exhibited in the special were specifically chosen to show that the effects of this disease on people covers a vastness and is not localized to one region or culture. It also displayed the different work that Staying Alive does across the planet. In Khayelitsha (South Africa) dwellings of corrugated iron with coat hanger cables for power conduits were overshadowed by the smiles and dancing of the children who playfully performed for the camera’s attention. In Manilla, the production recorded a sex education class filmed in a graveyard in which the homeless residents were using the tombs as shelter. Bhubaneswar (India) was well off the tourist path, providing no paved roads and whose residents had never seen Westerners before. While each location provided Barnes with touching moments, it was Bhubaneswar that most poignantly reminded him why he had set this production in motion and wanted to direct this message. He recalls, “Our female grantee had herself tried to take her own life for testing HIV positive and having been rescued was now doing the same for other young girls. Hearing this, even through a translator, was an intense emotional moment for all of us.” The final filming moments had James working with Travis and the world famous Bruno Mars in a Miami studio. Having McCoy as the centerpiece/proxy for the rest of the world to witness the work of Staying Alive was key and a composition involving these two noteworthy artists would add to its attention. Barnes notes, “Having a young, cool, contemporary character as the face and voice of the film was the first way in which we approached this production. We figured that not only would this make people listen to the more educational pieces of information but we also hoped he would take it in and then explain it in the type of language our viewers would understand, rather than a doctor or professor. I would say 90% of this was done in pre-production where we thoroughly researched each project in each location so that we could prepare our talent for every eventuality.  During production it was just a case of ensuring we got the most important touch points of each project across. Travis did an exceptional job and I think his feelings for those he spoke with on camera transferred to our viewers.” 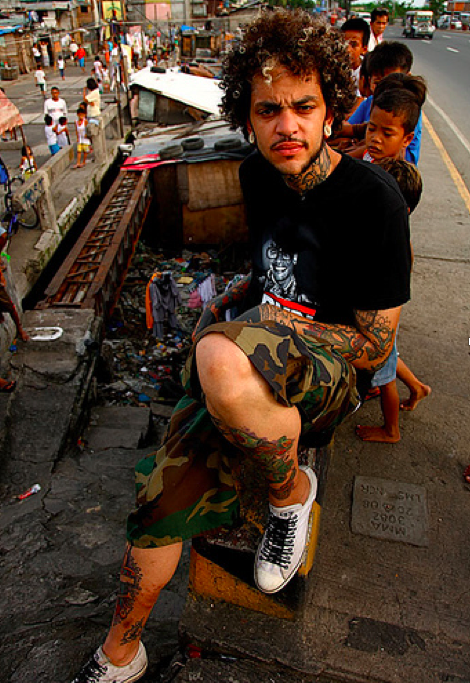 At the World Media Festival in Hamburg (a global competition dedicated to recognizing excellence in branded content from the areas of information, education and entertainment), “Travis McCoy’s Unbeaten Track” was recognized with an Intermedia-Globe Gold Award in the ‘Documentaries’ category. As both creator and director of this program, it’s appropriate that James is appreciative that his show received accolades. In complete contradiction to this very idea, Barnes states, “It’s interesting to me that Marcus [Liversedge-Series Producer], Benedict [Spence-DOP] and I still cite this as our favorite thing we’ve ever made even though it’s by no means the most high-profile. Experiencing the locations, contributors, and their stories is something that will always connect us. I think the most rewarding part of this production was giving a platform to these young people who were doing such brave and admirable things in the face of adversity. It was always my hope that this would inspire and inform others on the issues.”