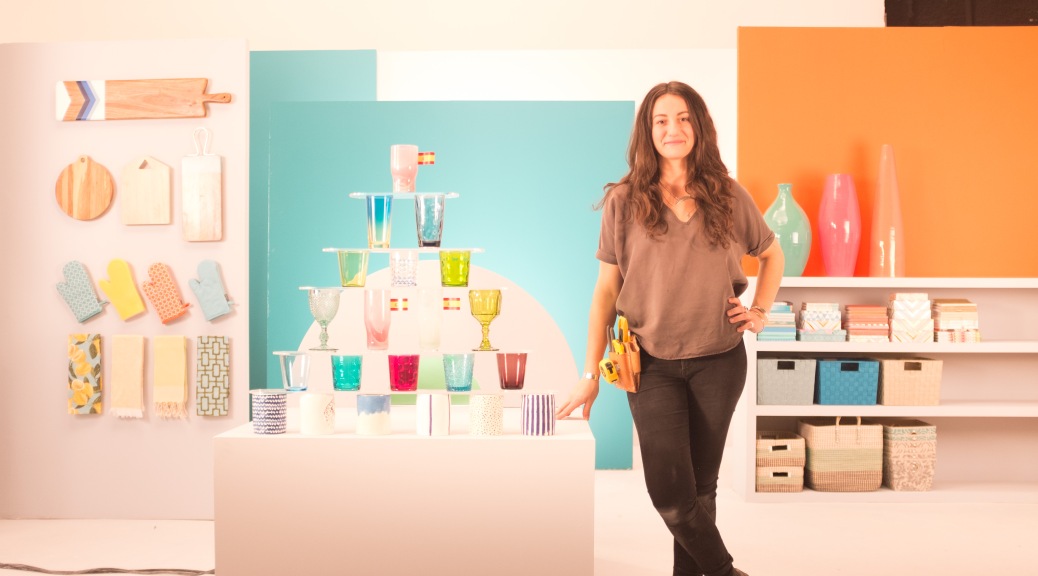 What started out as a love for building retail window displays turned into a successful career as a production designer for Toronto based Andrea Leigh. She always loved building something captivating from nothing, where passers-by would turn to see what was not just her work, but also her art. This innate talent turned into a career, and now she is one of Canada’s best production designers.

It seems like a long time ago that Leigh was fixing window displays, as she has worked on several celebrated projects as a production designer, including the award-winning film Friends Like Us. Leigh knew after reading just a few pages of the script that she needed to design for the film.

“The minimal and sleek vision the director had for the main home really drew me to the project. It’s always fun to work on a job where you actually enjoy the content. The script was funny. The dynamic was entertaining, and it was nice to work with the amazing and talented Toronto cast,” said Leigh.

Friends Like Us tells the tale of a struggling couple – broke and pregnant – who find success through ripping off their friends. The plot twists when one of the women finds out about the affair two of them have been having and they accidentally murder their husbands with a piece of modern art.

“I got to feature some of my favorite artists in the main location we shot. Huge pieces, some abstract, some minimalist. Overall, the opportunity to design a space that said so much by not having much in it was a nice challenge. It really reflected the characters’ sense of new found wealth,” Leigh described.

The film went on to have enormous success at many prestigious international film festivals, and was even nominated for “Best Short Film” by the Director’s Guild of Canada. The production design was vital to the success of the film, and the recognition the film received was amazing for Leigh.

“It’s exciting to know it made it beyond just a ‘project’. You never know what will come of features and shorts. Sometimes they don’t make it anywhere. Sometimes they get wide recognition and reviews. Toronto can feel like a small city sometimes, so when something truly great comes out of it, word gets out fast,” she said.

Success such as this follows Leigh with each project she embarks on, showing audiences around the world why she is so exceptional with what she does. While working with the popular cosmetics brand E.L.F., the commercial Play Beautifully was aired on televisions across North America, and went on to have more than 2 million hits on YouTube alone.

The commercial featured an all-female cast, and was shot at numerous locations across Toronto. Leigh says it hardly felt like work, going to coffee shops, bars, rooftops, and more in the middle of the day. Leigh, who has also worked as an interior designer, says designing rooms for young women came naturally to her, and her own living space was even used as one of the shooting locations. She truly felt right at home.

“I have worked closely with Andrea on numerous productions and virally popular commercials, and have become familiar with the level of professionalism and skills required to be a top tier production designer and art director. My experience has led me to believe that Andrea is one of the most prodigiously successful professionals in her field,” said David Quinn, the director of the Play Beautifully commercial who has worked with Leigh on many commercials with the production company Skin & Bones.

The idea was to make the commercial look more like a short film than an advertisement. This is what drew Leigh into the story in the first place. She is a story teller, and her designs play a pivotal part in any story, almost as an extra character. It was a story brought to life by what she describes as amazing cast members. It was also relatable in so many ways for lots of young women.

“You have a rough time, a bad break up, your friends are there for you and sometimes you just need to throw on some lipstick, build your confidence back up after a broken heart and head out on the town with your ladies,” Leigh concluded.

You can view the commercial here.