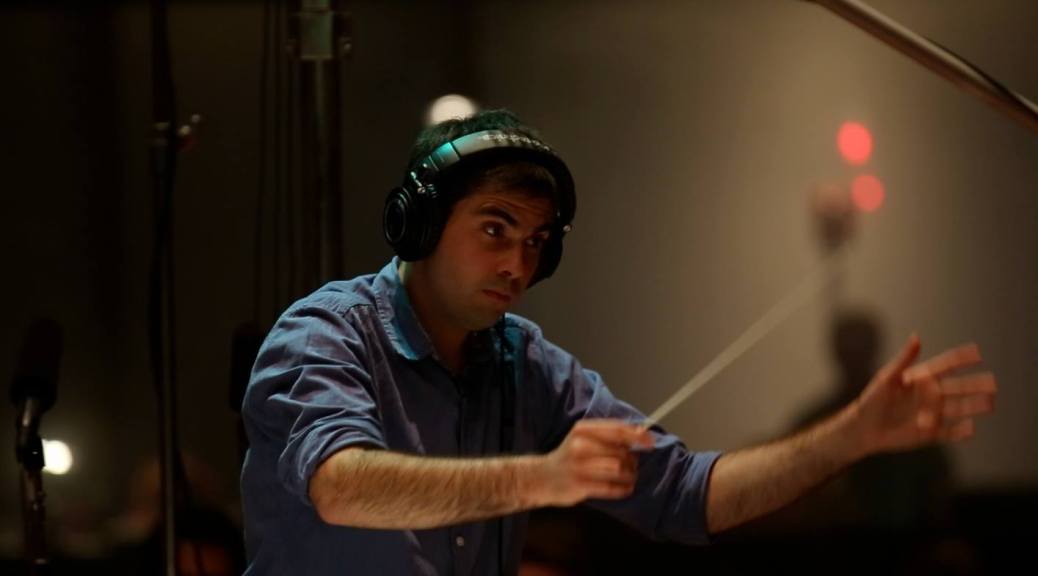 While Kevin Smithers was studying his undergraduate degree in music, he came to the realization that he enjoyed sitting down and writing down a good sounding solo over a jazz piece than improvising. This realization shaped his future and career; making the transition from a performer to a composer. Throughout the rest of his studying, this passion grew to become a career. Now, Smithers is a successful film and video game composer.

During his career, Smithers has worked on over 20 films and web series, as well as the new PlayStation VR video game World War Toons. However, it was with the award winning film On the Roof that he received his nomination for best original score at the Sitges International Fantastic Film Festival under the Noves Visions SGAE Nueva Autoría section, which he describes as a great honor.

“It’s the way that Kevin understands the music for films: he also puts the story and the characters before his own work. He is very conscious that he’s making music in order to tell a story, for expressing feelings, not only for himself or for people to listen to his music separately,” said Damià Serra Cauchetiez, the director of On the Roof. “Working with Kevin is amazing. He is very hardworking and was very motivated about the story. He always understood what I wanted in every scene, and also he proposed many of the good ideas that they finally ended up in the score.”

On the Roof (also known as En la Azotea) tells the story of Adrián and his friends, who climb to a roof every afternoon to spy a girl who sunbathes naked. However, one afternoon won’t be like the others, as the friends realize that one of them is more interested in a guy showering in a close building.

“Working on On the Roof was a great experience. Damià and I bonded over some of our favorite scores when we met in Spain and was really excited when he asked me to score his film. He gave me a lot of creative freedom to do something that I thought was interesting and new. In fact, the temp music in the film was radically different to what we ended up doing,” said Smithers.

Smithers wanted to tell part of the story with the music, with a very warm Spanish sounding score for the film as the film takes place during the Spanish summer. However, they didn’t want to go all the way with Spanish flamenco, which is when Smithers came up with the idea of using only an acoustic guitar.

“It’s a very Spanish instrument. I spent time trying to get as many different sounds from the guitar as I could and recording them in various ways. Once I had all these sounds recorded and ready to play with, it’s as if I had a standard ensemble that’s normally used to score a film” he described. “But we altered the sounds to have that cinematic feel as well. Even though it’s a very personal and introspective story for the character, it feels big and daunting from his perspective. By modifying the guitar recordings and doing a lot of guitar passes, we managed to get an intimate Spanish sound that could also grow into a full wall of sound needed for some moments.”

“The most pleasurable thing to me when writing music for film or games is when you’re done with a scene and the music just sits perfectly over it and really adds something to the project that wasn’t there before. This way of telling a story through music is a very specific way of writing, which I deeply enjoy,” Smithers concluded.