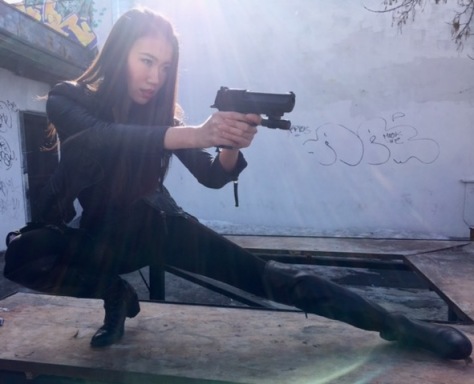 Americans are somewhat spoiled by the fact that Hollywood is the default epicenter of the global movie industry. The UK, China, India, and other places around the world have thriving movie studios producing fine films but Hollywood has the infrastructure which has been in place for more than a century. This gives the city an ample head start. Many actors set their sights on Hollywood as it gives a global platform to the talented members of the film community. Although Hollywood doesn’t create the artistic light, it can project it to all reaches of the planet. The most successful actors possess talent, charisma, and global appeal. This is exactly how one can describe actress Xiao Sun. This Chinese born and raised, moved to Canada, trilingual, dancer, model, and actress is complex and captivating on camera. Although Americans may not recognize Sun as quickly as Canadians, there is something very familiar about her. She worked on X-Men Days of Future Past (grossing 723MM worldwide, 2015 Oscar nominee and multiple award-winning), and TV shows like Being Human (multiple nominations and a win for ASCAP’s Top Television Series) but her roles in both English and French speaking films in her Canadian homeland have made her a household name in the North. 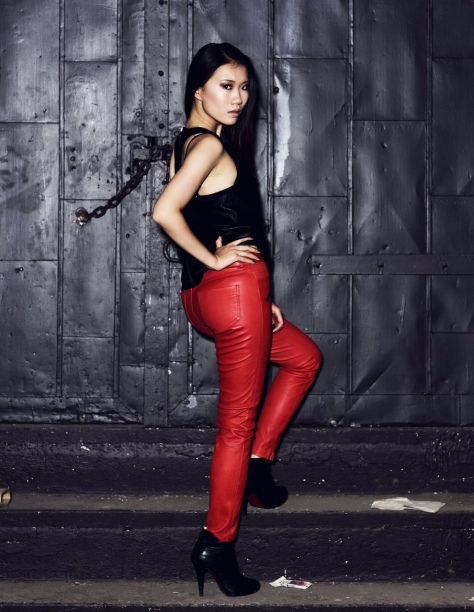 In her first ever audition for film or tv, Xiao was cast in the supporting role of Boon-Mae in the comedy film Fatal. Beyond the pressure of being in a feature film, Sun was required to act the part speaking her third language of French (Fatal is an entirely French spoken film). Also playing against Xiao’s nature is Boon Mae’s superficial and jealous character. Being cast so soon after moving from China to Montreal created a whirlwind for Sun, who soon found her comfort at ease on set. She recalls, “I had just moved to Montreal from China with my parents. My French was not very good yet so it was very challenging. My co-actors, Michaël Youn and Tony Tarba were very nice and helpful to me. They’re both big stars in France. They always gave 100% on set; rehearsing scenes with me, giving me tips on acting and my character development. It made me feel very comfortable and relaxed. Sometimes they’d throw me a slang word and I had no idea what it meant or I thought it was something else, but my expression and sincerity would make them laugh. We did have tons of fun in spite of the long shoots every day.” Fatal was distributed by Universal Pictures International & Remstar Films and was a box office success which endears Xiao to fans with the cult following that has led to its ubiquity in France.

A stark contrast thematically, as well as her role she played, was the movie Anna. This critically acclaimed movie about human trafficking was an official selection at Busan International Film Festival in South Korea in 2015 (the location of the world premiere), an official selection at Singapore International film festival, and nominated for a Canadian Screen Award. The film’s Director was so taken with her performance as a tough mafia guard that the character’s name was changed to Xiao. The award-winning Charles-Olivier Michaud directed Sun in Anna and declares, “Anna is a film about a photojournalist who travels to Bangkok to pursue investigations for a news story on human trafficking being carried out by the Triads, and is kidnapped by Asian gangsters and subjected to the same abuse she has investigated. Xiao played the leading role of “Xiao,” a fierce member of a mafia group in Montreal that Anna has to go through in order to get to the person with the criminal evidence of the mafia leaders that abused her in Bangkok. Xiao performed this role with amazing character commitment and zeal, and truly brought the character to life in the fierce way that it needed. She applied such great energy and emotion into her dialogue and expressions that kept the film momentous and suspenseful. Xiao embodied the character amazingly with every scene on camera, adding intensity to this tragic story. She was truly leading to the production. Xiao was such an excellent actor in my film that I cast her in another leading role in my new upcoming television series Premonitions.” Xiao’s portrayal as her namesake was moving to the film’s director and audience alike but it was the subject matter which moved this actress as she reveals, “Human trafficking actually exists in every country, not just less developed countries or areas. It happens not just to women, but also men and children. The awful way that these victims have been treated is something that I could have never imagined and no one should have to experience.”

Summer of 2016 saw Xiao returning to French film in Les 3 P’tits Cochons 2, leading at the box office for local Canadian films. The film is the sequel to the successful film from nine years ago. In Les 3 P’tits Cochons, Sun plays opposite French film star Paul Doucet (Remi) as his love interest Mikou. Mikou is stunning, sexy, and wealthy. It was an opportunity to play a strong woman who is every bit a match for her male counterpart. Sun confirms that she enjoyed the chance to work with the much respected and award-winning Doucet. Although the experience was fun, that doesn’t mean it was necessarily easy. Xiao recalls one unexpected scenario,” You can’t plan for emergency situations. During filming of one of the airport scenes, there was an emergency landing. We had to finish an important scene in 30 minutes; one which was scheduled to last a few hours. Everyone on set rallied and my co-actor Paul Doucet and I were focused to get what the director wanted in the first take of each angle. We managed to finish the scene before the emergency landing of the plane. That is not something that you prepare for in an acting class.” The film’s award-winning director Jean-Francois Pouliot reinforces the idea that Sun’s presence in the film had great impact by noting, “It was only after the premier of Les 3 P’tits Chochons 2, that I realized what a lasting impression the opening scene left on the audience and that is mainly because of Xiao.  She has an incredible screen presence that set the tone for the rest of the movie and helped to elevate it to another level.” 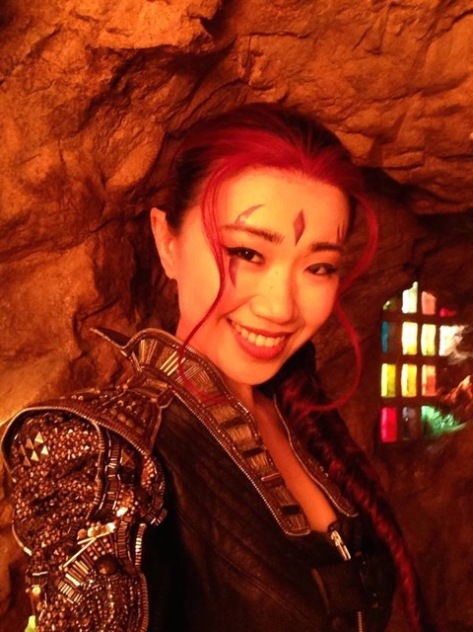 Xiao is tight lipped about her upcoming film role which has her acting opposite two Oscar winners but she is happy to discuss the film Tidal Waves in which she plays Riley. Tidal Waves is the story of a young dancer’s struggle with scoliosis. Her history as a dancer makes this a very personal film which she is quite proud of doing. With a wide variety of roles, Xiao Sun is exactly the type of positive yet driven actress that audiences will be seeing more and more of as she appears in more and more international films.