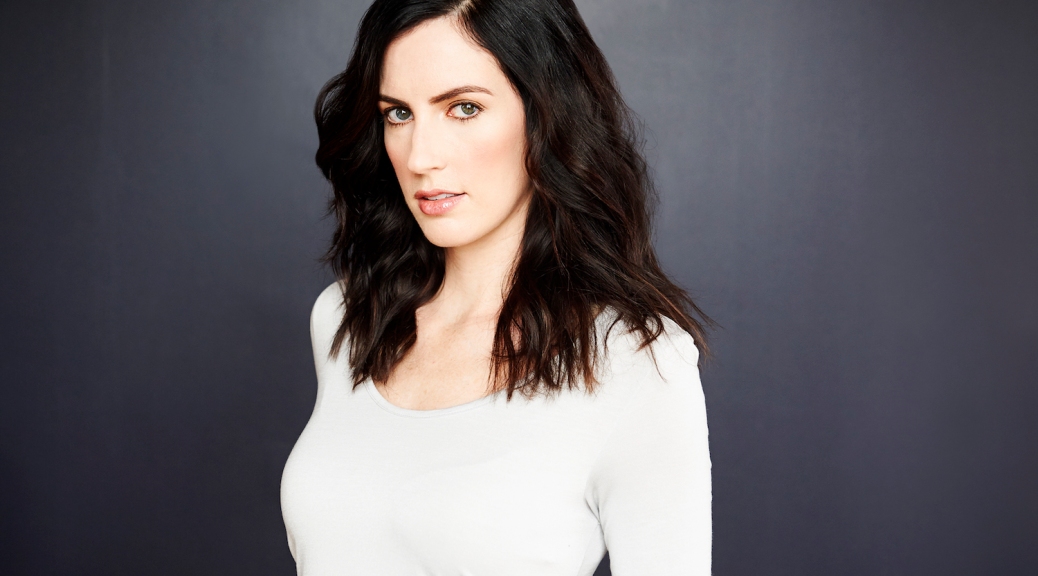 Over the last decade Canadian actress Jessica Huras has established herself as a sought after talent for high profile theater productions, TV shows and award-winning films. While her versatility and capacity for seamlessly tapping into even the most challenging roles have definitely helped her create the dazzling reputation she has today, it doesn’t hurt that she is undeniably beautiful as well.

Early on in her career Huras appeared on the two-time Gemini Award winning series This Is Wonderland. Shortly after she went on to guest star on the Lifetime TV series Missing alongside multi-award winning actress Vivica A. Fox. An investigative crime series that focuses on finding missing persons, Huras played the roles of Caroline Dunn and Luke Thompson, two characters who at first appear to be separate and unrelated, but over the course of the episode are revealed to be one in the same.

When it comes to choosing one role over another, Huras says, “I look for smart scripts that feel original in some way and that have interesting and complex roles for women.”

In Missing, Huras gives a heart wrenching performance as a transgendered college student who struggles to find his identity as a man born in a woman’s body, a challenging role that only further proves the actress’s affinity for tapping into complex characters.

Audiences across the world will also recognize Huras as Leandra from the first season of the hit television show Being Erica, where she starred alongside Erin Karpluk (Rookie Blue, Reasonable Doubt, Supernatural, Saving Hope, Flashpoint) and Reagan Pasternak (Masters of Sex, Heartland, Cake).

“This was a very theatrical role, allowing me to tap into my darker side and channel my inner Goth,” explains Huras about her character on the three-time Gemini Award and Leo Award winning series.

Similar to the way that Jamie Lee Curtis has become synonymous with the horror genre through her role as Laurie Strode in Halloween, Huras has also become something of a notable “scream queen” on film.

Through films like The Deadly Pledge where she played the role of Nikki Evans alongside Gossip Girl star Leighton Meester, James Isaac’s action packed 2006 horror film Skinwalkers, and NYC: Tornado Terror, Huras has displayed a rare talent for evoking fear within audiences through her believable performances.

Although she has carved out her place as an actress in film and television productions starring alongside some of the best in the industry, the silver screen has by no means taken away from her work as a dedicated performer in the theatre.

In 2009 Huras starred alongside Sebastien Heins from the TV series The Listener, Cracked and Darknet, and Mikaela Dyke from the films Blood Boars and Sight Unseen, in the production of David Levine’s “Reflections On Giving Birth to a Squid.” The production, which opened in Montreal and toured across Toronto, Winnipeg, Saskatoon and Edmonton as part of the Fringe Festival, received the Centaur Award for Outstanding Production from the Montreal Fringe Festival.

In 2010 the actress also founded Heart in Hand Theater company in Toronto – a revolving collective producing rare plays in need of a comeback, as well as developing new works of their own. Through Heart in Hand, Huras has produced “The Commune,” “Cowboy Mouth” where she played the starring role of Cavale alongside Broken Social Scene member Jason Collett, and “Trout Stanley” where she played the role of Grace Ducharme.

About what drives her to perform, Huras says, “I love telling stories and sharing the human experience. I think it’s the most palpable way of connecting and it’s never dull, not for a second. I’m forever challenged and inspired in this field.”

With each of her characters being completely different from the next, Huras’s dedication to continually pushing herself beyond her comfort zone as an actress has allowed her to amass a wide range of roles on both the stage and screen.

With an astonishing career already under her belt and several productions being released this year, it is clear that we will be seeing a whole lot more of Jessica Huras for years to come. Currently, you can check Huras out in the role of Natalie on the History Channel series Gangland Undercover, which began airing in February. She also wrapped production on the films Anxietyville and Teeth earlier this year, both of which are set to debut later this year.