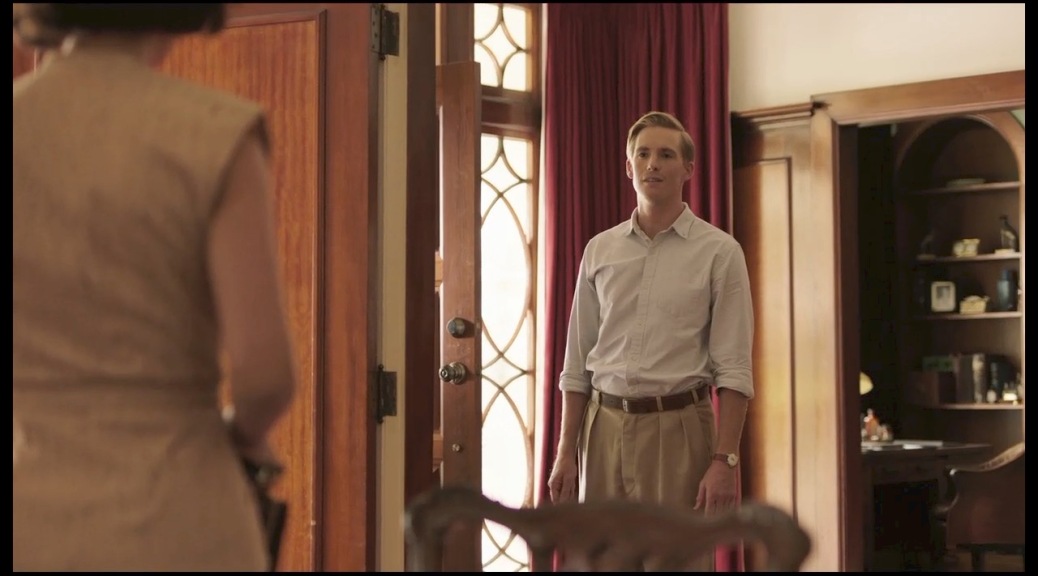 There is a camaraderie that comes from playing sports. Everyone has the same goal, they wear the uniform, they experience the same victories and failures as a team. For New Zealand’s Michael Whalley, he experiences that same solidarity from acting. He represents the team while still shining on his own. He works with that team spirit to achieve the best result possible. He loves to play, and considers acting a serious game, as each new project brings a new match and a different opponent. To use such a metaphor shows how much Whalley appreciates the intricacies of his craft, and this understanding translates to raw talent for this celebrated actor.

With an esteemed resume and unparalleled versatility, Whalley is an internationally in-demand actor. While working on many acclaimed films, such as the 2015 award-winning feature Psychoanalysis, he has shown the world what he is capable of. His work on Slow West, alongside Michael Fassbender and Ben Mendelsohn, received praise from audiences and critics, and this trend occurs with almost everything Whalley takes on.

“To think I could be paid for doing the very thing I wanted to do every day was such an incredible thought, so I sought to make that my reality,” said Whalley.

Earlier this year, one of Whalley’s newest films was once again a large success.  The actor played the leading character of Beverly Shepherd in the historical romance Jean. The film tells the story of Jean Batten, New Zealand’s greatest pilot, heroine, celebrity, and mystery. Beverly Shepherd is the romantic lead in the film. Beverly is a man with a strong moral backbone, a sense of fun for life and a determination to challenge for the things he wants in both affairs of his career and heart. Despite being the only son of wealthy Sydneysiders, he lacks the pretension of wealth. He can read people and knows instinctively if they are being untruthful. Independent and modern, he is attracted by Jean’s adventurous spirit and mystery. His greatest struggle is attempting to protect Jean from decisions that would put her in danger, only to have to accept that she isn’t someone who wants or needs protection. He knows he has to play a long game of love to not scare her away. Jean had lovers in her life, but Beverly is the one man who truly captures her heart. In the story, audiences see how headstrong Jean is with her life and career, and when Beverley sweeps in and shows her glimpses of recreation, fun and love, he innocently threatens her focus, creating Jean’s ultimate emotional conflict. Therefore, the filmmakers required a seasoned actor to play such a pivotal role in such an important story, and Whalley was the obvious choice, with the talent and passion to go with it.

“Especially in the past few years, it has been of growing importance to remind ourselves of the power women had in shaping the world. Too many films are one-sided in their portrayal of male heroes, and Jean was a heroine that defied the constraints of a male-driven world. The film, the first about Jean Batten, is a piece of entertainment, education and inspiration for New Zealand and the world to see. I had known of Jean Batten in the past, but this was a chance to see behind the tabloids and popular public image into the life of such a mysterious firebrand,” Whalley described.

After premiering earlier this year, the film has seen vast critical success. At the Film Awards New York 2017, Jean won an unprecedented nine awards, including “Best TV Movie” and “Best Drama Special”. These are immensely prestigious honors, as New York Festivals recognize only the best content from over 50 countries around the world. In addition, the film was successful commercially, airing on TVNZ, which reaches over 2 million people and has recently been acquired by distributor Banijay International for the ROW market. Such success could not have been possible without Whalley’s portrayal of Beverly.

“He brought a charm, wit and strength to the character of Beverly Shepherd that we could only imagine.” said the Producer and Writer of the film, Donna Malane.

Taking part in this period piece was enticing for Whalley, and as an actor he is always looking for new challenges and experiences to refine his talent. This story is set in the thirties, and Whalley researched the decade extensively to ensure he would completely transport audiences. Parts of this process were more fun than others, such as driving around an open top 1930s Model A Ford, and getting to know about the planes they were working with, which by a happy coincidence, were taught to Whalley by an old friend of his grandfather, Dennis. However, some parts of the preparation process were more grueling. Whalley had to take on the language, manner of speech and the classic nature of the period drama, and work to make that all ring true for his mouth, body and mind to create a genuine portrayal. To do this, Whalley infused his character with the parts of himself that fit best, which he tries to do for every role he can. This helps create an authenticity that captivates audiences, and what the actor is so well-known for.

Whalley says getting into the mindset of the time was made easier by the incredible costumes designed by Kirsty Cameron. As soon as he put on his gear, he felt clean, classic and upright. “Putting on my costume became a very important part of my morning ritual to get into Beverly’s shoes, literally,” he joked.

Improvisation also was a great tool for the actor when preparing for filming. During rehearsals with his co-star, Kate Elliott, they would have a series of improvisations around the scripted dialogue, which he says was a sure-fire way to find out what they knew or didn’t know about their characters and the world of the film. These exercises were helpful as the role of Beverly was a refreshing change for the actor, who often plays “punks and public nuisances”, and the character of Beverly is very dependable and ethical.

The actor also uses music frequently to prepare for roles. For Jean, Whalley made a playlist specific to what Beverly may have been listening to at the time, mixed with songs from Postmodern Jukebox to “get in the zone to play”, once again, similar to an athlete.

Undoubtedly, Jean is a must-see, and Whalley is enchanting in it, as he is so well-known to be. His passion for the story is evident, and his passion for what he does is even more so.

“This was a chance to act in an historical and important story in both New Zealand and International history. The true love of Jean Batten, at one point the world’s most famous and respected women. To play a character who had the charm, wit, intelligence and pilot skills to win the heart of the Lady that kept it locked away,” concluded Whalley.