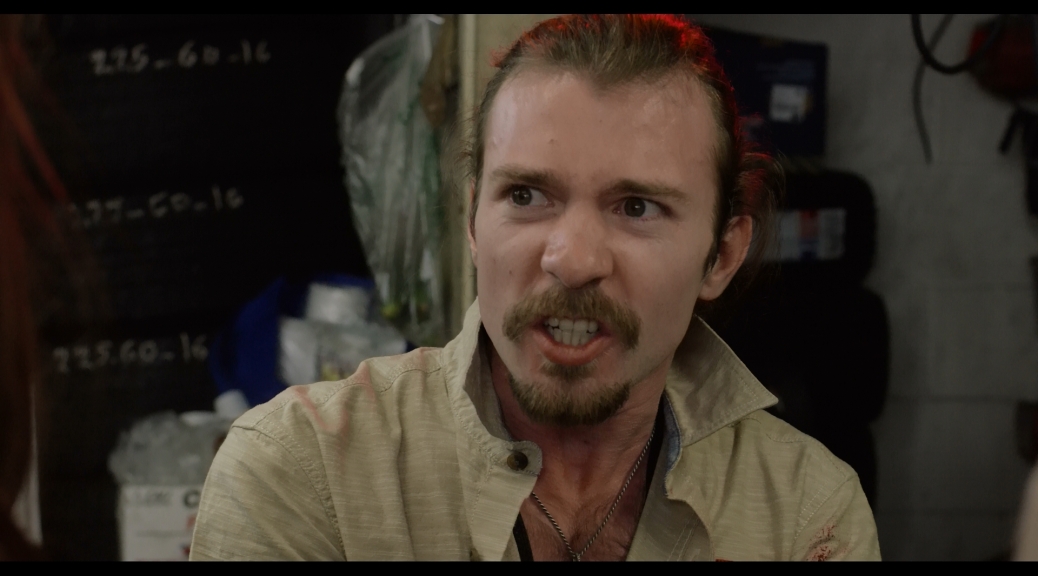 Kevin Dary always knew he wanted to be an actor and has spent his entire life devoted to this artform. Every new character he plays allows him to explore a new part of himself. He knows that through his craft, he can heal wounds, spark new interests, or make one question their own behaviour, and he understands the responsibility behind this. He makes sure to put his entire heart into every project he does, and that is what makes him such a formidable actor.

Known for his versatility and dedication, Dary has worked on several award-winning films throughout his esteemed career, including Pandora’s Box, The Swampand Prego. Through each film, Dary conveys true depth and realism behind his characters. In his most recent film, The Chop Shop, he once again does just that.

The Chop Shop is a passion project made by award-winning director Eric Milzarski. It follows two brothers, Luther and Corey, who are drastic opposites. Luther owns a chop shop that is tied to a group of gangsters and tries to get his do-gooder brother involved. Luther gets beaten for not paying back money. After he finds comfort in his caring brother, Corey, either he must pay them back and risk jail or swallow his pride by turning legitimate.

“I love the idea of apparently terrible, sloppy people actually being a little better than you would expect. That’s why I think this story is important, because themes like forgiveness are universal, and I believe that messages that have a subtler delivery rather than being very on the nose have a stronger impact on audiences. It feels real, just like the world The Chop Shop is set in,” said Dary.

In Chop Shop, Dary plays Johnny, Luther’s right hand at the shop. He has been there since the beginning and he will be there until the end. He also trains the newest recruits. He is the catalyst for a pivotal scene in the story, when Luther has an argument with his brother trying to get him to join the shop, an incident with a rapidly spinning tire costs Johnny a thumb. Luther’s brother, who studied medicine, comes in and offers first aid. Luther jumps on the opportunity to convince him that he is definitely needed here. This moment is key in the film because this is when Luther’s brother starts heavily questioning his possible implication. It is also in that moment when the audience finally sees Luther’s true feelings for Johnny, and Johnny’s physical pain is now nothing compared to the disappointment and resentment he has for his boss. Dary knew the importance of the scene and that he had to deliver, and he impressed all he worked with.

Filming this scene involved a lot of preparation for Dary, first with makeup and visual FX to create the torn apart thumb, but more specifically with the Director, Eric Milzarski. They wanted to be absolutely sure that they could convey the idea of this pain being even stronger from Luther’s attitude towards Johnny in that terrible moment. Milzarski took the time to talk with Dary, one on one, before they even rehearsed this scene. It was an amazing moment of directing and collaboration between the two artists.

“Professional through and thorough, Kevin is the type of actor who welcomes harder roles. As his director on several projects, Kevin will workshop and make every character his own. Kevin is an old soul for today’s world. He will listen for hours, take notes about everything, and asking often the most bizarre questions that build his character. Between takes, he’ll quietly focus on little details like “how would my character hold his bottle?” Then the moment the cameras are on him, it’s truly magical,” said Eric Milzarski, Director of The Chop Shop.

The film premiered in September 2017 in Warner Bros Studios to a private audience of industry professionals. It is currently in the festival circuit, and so far has been in the official selection of The Grove Film Festivalin Jersey City, New Jersey, with a screening on March 28th, 2018, and of the Los Angeles Film And Script Festival, with a screening on April 22nd, 2018 at the Conplex Theater on Santa Monica Blvd. Among the prestigious upcoming film festivals, the project was submitted for is theG.I Film Festival inWashington, D.C, the largest in the Veteran community, of which Eric Milzarski is a proud member.

“Knowing the film has been so successful is both beautiful and heartwarming, because I know this project was made with so much passion towards involving audiences that seeing it succeed at that feels so right. I have heard from the director that the scene with Johnny is often the highlight during screenings, with strong response from the audience, who seem to suffer with and for Johnny in that moment. It’s amazing for an actor when you hear something like that,” said Dary.

Although Dary had little knowledge of what happens in a chop shop prior to getting this role, he made sure to study and understand the environment his character was living in. When filming in an actual auto centre, he talked to the workers and learned how to use the machines. This greatly helped make the environment familiar and made the actor feel that he belonged in there, so he could embrace it as Johnny.

“The Chop Shopis the kind of project I love working on because it has an edgy feeling to it, but only to better serve a very relatable story about sibling love and relationships. It has elements of betrayal, deception, but also redemption and forgiveness,” said Dary.

Be sure to check out The Chop Shopand Dary’s enthralling performance.