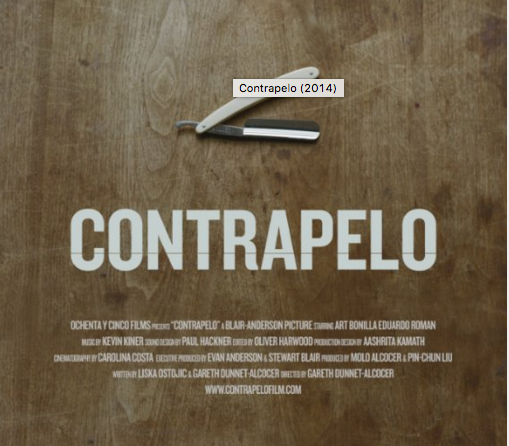 No matter how skilled the cast and director are, how polished the script is or how astronomical the budget may be, a film will never reach its full potential without an art director capable of bringing its visual essence to life. Haisu Wang has dedicated years to becoming one of the best in the industry, and has an incredible list of credits under his belt earned while working at some of the most prestigious firms in the world.

Wang, while in China, was an integral part of the Emmy award-winning BASE-FX visual effects production company. BASE-FX has worked with every major studio in the U.S. to produce some of the most stunning and revolutionary CGI effects in 21st century film and television. Wang worked on two of the three projects for which BASE-FX earned Emmy wins. The first was HBO’s gripping World War II series The Pacific, produced by Academy Award winners Tom Hanks (Best Actor – Forrest Gump, Philadelphia) and Steven Spielberg (Best Director – Saving Private Ryan, Best Picture – Schindler’s List). The Pacific won eight Primetime Emmys; the effects work done by Wang and the BASE-FX team was recognized with the 2010 Emmy for Outstanding Special Visual Effects for a Television Miniseries.

The second, Boardwalk Empire, is the critically-acclaimed HBO crime drama starring Steve Buscemi (Fargo, Reservoir Dogs, The Big Lebowski). Boardwalk Empire was nominated for 57 Primetime Emmys and won a total of 20 in an array of categories between 2011 and 2015. For its visual production work on the series, BASE-FX won the 2011 Emmy for Outstanding Special Visual Effects for a Television Series.

After two immensely successful years at BASE-FX, Wang moved to Los Angeles and was accepted into the prestigious Production Design program at the world renowned American Film Institute. It was there that he further honed his already sharp talent for visual production and established his reputation as an extraordinary art director.

In 2014, he was the art director for two films – Contrapelo and Day One – which were both honored with a long list of accolades and critical praise. Both Contrapelo and Day One also caught the attention of Academy Awards judges and were on the top-10 shortlist of nominees for the 2015 Best Live Action Short Film award.

Thanks in no small part to Wang’s position as art director, Contrapelo has taken the festival circuit by storm. It won the Phoenix Film Festival’s award for Best Live Action Short Film and was nominated for Best Overall Short Film at both the Calgary International and Oldenburg Film Festivals. At its core, Contrapelo is a philosophical film about the gray areas of morality. When he discovers that the man in his chair is a cartel boss, a Mexican barber grapples with his desire and opportunity to kill the vile man responsible for innumerable deaths and heinous crimes.

“Because the story is set in a small town in Mexico in the 1990s, the main challenge was recreating the Mexican barbershop interior and the abandoned travel agent office – the hideout used by the leader of the drug cartel – in a soundstage in L.A.,” Wang said. “My personal challenge was designing these two main sets in a short amount of time, and also quickly gathering a really effective construction team to build them in one-and-a-half weeks.”

With his extensive 3D computer design skills, Wang was quickly able to create a digital mock-up of the sets. This enabled the director to visualize blocking and plan shots in earnest, and allowed the crew to prepare camera and rigging placements to meet those demands. Construction crews used Wang’s designs to begin building the sets while all of the planning was being done simultaneously using the same shared computer layouts. Rather than having to wait until the sets were completed, Wang’s quick thinking shaved weeks off of the tight production schedule.

Day One, the emotional true story of an American interpreter in Afghanistan, was also a top-10 Academy Award contender for Best Live Action Short Film. Though the film was set in the Afghan desert, it was filmed in the desert outside Los Angeles. The terrain proved a significant hurdle for the production, but once again Wang was able to apply his high-tech know-how to navigate the situation with ease.

“One of the main challenges of this set build was the uneven ground condition in the desert,” Wang said, describing another instance where his technical expertise proved essential to a production’s success. “I was able to use my digital skills to analyze the topography of the desert location, and I created a 3D model of the real location. I then helped the designer create the set in my 3D replica model.”

A huge critical success, Day One centers around a recently divorced woman joins the military and is deployed to Afghanistan as an interpreter. On her first day in the country she encounters a terrorist bomb-maker and his wife, who has just gone into labor. Her life is forever changed when she must help the woman deliver the child. At the 2015 Academy of Television Arts and Sciences College Television Awards, Day One received Emmys for both Best Drama and Best Directing. The British Academy of Film and Television Arts, Los Angeles (BAFTA/LA) also awarded the film’s director, Henry Hughes, with the 2015 award for Best Director.

Hughes says, “Haisu’s vision and rare skill using digital software to create some of the most challenging sets for ‘Day One’ was invaluable to our production, especially considering the geographic challenges of the location. Without his contributions it would have been nearly impossible to construct these sets in the amount of time and within the allotted budget. He is definitely a huge asset to the film industry.”

Wang’s skill, experience and qualifications put him in the same class as many lifelong industry veterans. A person with Wang’s talent and drive is a rare and precious asset in this business, and his awe-inspiring list of credits and accolades continues to grow every day. He is a master of the craft, gifted with an instinctive ability to visualize and execute both the subtle and the overt artistic and creative nuances of a film. A film is only as good as its art director, and when a film calls for the very best Haisu Wang is will be there to surpass even the highest expectations.