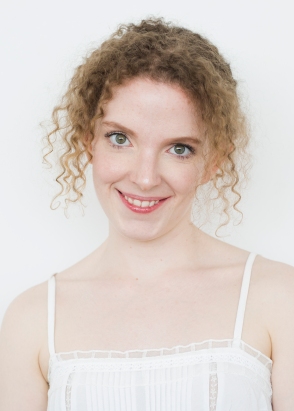 Australia’s Sally Kingsford in known for playing comedic roles. She’s good at it and both peers and public know this. Being funny on camera is an inherent trait for some actors and it most certainly applies to Kingsford…she understands this. As Ashely in the award-winning and commercial hit Australian television comedy series “Summer Heights High”, Sally became an instantly recognizable comedic personality in her homeland, Europe (BBC 3), the US (HBO and Netflix) and other parts (such as the Comedy Channel in Canada). Numerous other productions have made use of the actress’s propensity for comedic moments but it was award-winning director Lukas Menitjes who wanted to flip that concept. He asked Kingsford to appear as the heavy, known as “The Suit” in his film “Stamp.” More known for being the always positive and often abused well natured character, Sally’s portrayal of “The Suit” in “Stamp” is that type of person we all love to hate, or at least strongly dislike. The actress was eager to show a greater breadth of range to her abilities in this film. While she has been often praised for the performances she’s given in a host of beloved productions, “Stamp” allowed her to show how she can bring a darkness to comedy as well.

Lukas Menitjes wanted to create an absurd comedy in “STAMP” and he felt that Kingsford would be the perfect villain for his story. As “The Suit” Sally appears as an obnoxious, self-involved, self-important professional with an over-inflated ego demanding others cater to her demands and condescending attitude. There’s plenty of comedy, based on reality in events of one Monday morning in a coffee shop. Rebecca (the barista) is hounded by a customer (Andrew) to get a free coffee after she refuses to give him an extra stamp on his coffee rewards card. Andrew tries various disguises to trick Rebecca into serving him. Rebecca eventually relents but takes solace in making Andrew the wrong coffee. “The Suit” adds to the chaos of the film (and Rebecca’s stress) by making her life at work a living hell with her demands. In a passive aggressive display, she complains on the phone to her friend about the barista right in front of her. “The Suit” serves to contribute a strong sense of reality by providing a more realistic character for Rebecca (the barista) to interact with in contrast to Andrew’s over-the-top characterisation and actions.

Ask a director and they’ll likely tell you that the actors they choose for their villains are the ones who present them with a sense of humanity and relatability rather than one dimensional and cartoonish. In spite of her character’s exhibited negativity and rudeness, Sally sees her as very sensitive and donning a harsh defensive exterior to avoid being hurt. Meintjes confirms that it’s the actress’s ability to go deep into a character that caused him to approach Kingsford for the role. He professes, “Sally is an incredibly talented and diligent performer. In STAMP she delivered an excitingly bold and magnetic performance as ‘The Suit.’ The best actors have an insatiable inquisitiveness; this obsession enables them to create memorable performances. I can’t think of a more fitting description for Sally. Her passion is quite unlike the motivation I’ve seen in other actors. She is determined, honest, and possesses unequivocal integrity.”

Kingsford describes her preparation for roles as detective work but perhaps not in the traditional manner followed by most actors. Rather than delving deep into her own character first, Sally prefers a holistic sense of story, viewing the characters and actions from different angles/perspectives and then honing in on her place in the “big picture.” When she finally began focusing on her role in “STAMP” she looked outward. She communicates, “I did a lot of people watching. There is a street in Melbourne called Collins Street and the top end of it is known as the ‘Paris end’; it’s where all the most expensive designer stores are and where the most elite businesses and firms have their offices. This was the kind of place I imagined ‘The Suit’ going to work. I loitered around and watched people going to work in the morning paying particular attention to their physicality and imagined the kind of lives they lived. I knew that Andrew’s actions in the film were going to be over the top so I approached ‘The Suit’ in a very natural manner. I really enjoyed this role that was really a dramatic character in a comedy. I’ve done a lot of work in comedies being the funny one and it was nice to switch that around in this film.” 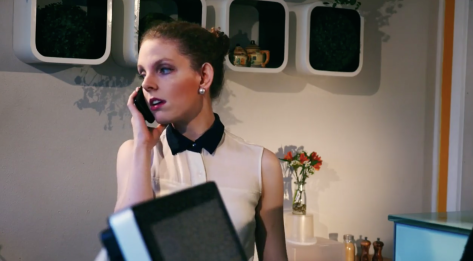 Not only was “STAMP” embraced by the public but the short film received three nominations and a win at Australia’s Martini Awards. While the film industry peers who voted for the it appreciated Kingsford and her fellow cast and crew’s talent, the general audience recognized a part of their own lives that was delivered in a way that somehow made a common & difficult occurrence entertaining and enjoyable. Beyond the experience of working with the talented production members of “STAMP”, the woman in “The Suit” notes that there are some valuable life lessons to be taken from the film: 1) Don’t try and cheat the system, it won’t work, 2) Hard work and determination doesn’t always pay off, & 3) Don’t work as a barista…the customers are either incredibly rude or crazy.