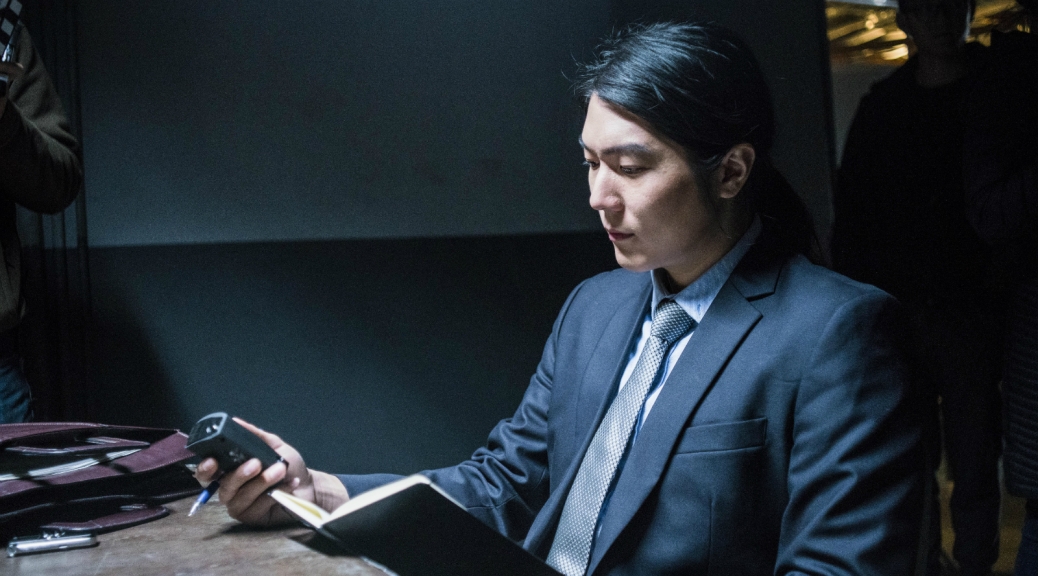 As a child, growing up in Shanghai, Yifan Luo did not see himself as an actor. In fact, he was very business oriented, and the arts were not a feasible career option for him at the time. However, as a teen, everything changed; when he stepped on the stage for the first time as the lead in his high school play, he experienced the unique sensation that only comes from doing something you truly love. His passion for acting was born at that time, and now, over ten years later, this passion only grows stronger each time he steps onto a new set.

As an in-demand actor in both China and abroad, Luo is constantly looking for different roles than those he has played previously. He aims to portray as many different personalities as possible, from a schizophrenic psychopath in the film SAM to a jokester college freshman in the feature Talentik. His versatility knows no bounds. With the four films he has coming out this year, each character explores a different side of humanity. In the upcoming movie Rift, Luo once again plays a different role than he ever has.

“The character of the psychologist is somewhat complex. Yifan is perfect for the role and his performance is excellent. He is a professional and dedicated actor. I definitely want to work with him again,” said Jing Ge, Producer.

Rift is a compelling science fiction film focusing on a series of characters. It begins with Sergeant Howard receiving a case that Professor Miles is missing. The main character, Yu, is considered as the prime suspect. However, Yu denies everything. According to his testimony, Yu killed Proffesor Miles ten years ago for the professor’s plagiarism of his thesis paper. Yu was sent back to China after he was released from the prison. Through investigation, Howard believes that he is lying about something regarding the case. However, the psychological consultant, Gu Shenming, holds a different opinion. Yu gives them an unbelievable explanation that he comes from a parallel universe. Howard doesn’t believe Yu, but he has no evidence, so he has to release Yu after 48 hours. Yu’s girlfriend Xin bails him out. Howard is shocked when he sees Xin, because this girl was murdered five years ago by a serial killer. When Yu sees Xin, he is also surprised that Xin is still alive. Two days later, different female bodies are found in suburban Los Angeles, related to a serial killer, all while travelling through parallel universes.

“Science fiction is always what people like to watch. Especially now in China, it is a very popular topic in film/TV shows. In this story, we see different kinds of people, good and bad. It is a real society that the film creates. It brings us a world where the hero is a real man who would never reach his goal without the help of people around him. Of course, the hero gets what he needs in the end, which also encourages the audience to go for what they want,” said Luo.

In Rift, Luo plays Gu Shenming. His character is the psychologist that works for the police. He talks to the suspects and makes the conclusion regarding whether they are lying or not. In the story, when the main character comes from a parallel universe, nobody believes what he says. Therefore, the sergeant sends Gu Shenming to talk with him and expects that he will be proved a liar. As the conversation progresses, Gu gradually believes in what the main character says and starts to suspect that the sergeant actually knows a secret about the case that he doesn’t want other people know. Finally, Gu makes the conclusion that the main character is not lying about anything, which infuriates the sergeant.

Gu Shenming is the only person that believes in what the main character, Yu, says about travelling from the parallel universe. Without the character, the main character would have been sent to prison at the very beginning. It is this character that keeps searching for evidence that proves Yu is not lying about anything, and the psychologist is the one who finally destroys the sergeant’s plan. During the process, Luo’s character is under the immense pressure but never gives give up. He does his duty as a psychologist and prevents the main character from being persecuted.

“I read the synopsis of the story before I went for the audition. I really liked the idea of a parallel universe. The character I auditioned for is a very smart psychologist who works for the police that diagnoses whether the leading guy is crazy or not, since he keeps talking about a parallel universe, which is totally what I’m good at. I believed that I could do a very good job in playing such a role,” said Luo.

As the story has the setting of a parallel universe, the actors were required to frequently move between the universes in the story, meaning the cast and crew had to constantly change the set, costumes, and makeup. Because of this, everyone had to be on top of their game. Luo made sure to be extremely familiar with the script and storyline, even for scenes he was not in. This also created a great sense of teamwork between everyone on set, as they were constantly working to make filming as smooth as possible. For Luo, it was working with everyone on the film that made working on Rift such a great experience.

“It was a great experience to work with Yifan. He is very professional and very passionate. As a partner, he is very considerable. He even helped me read the lines so patiently when I was doing my close-up shots. He always spends a lot of time working on the character before he goes to set. He is also creative at the same time. He has a sense of humor that makes his acting unique.  He is one of my favorite actors I have ever worked with,” said Yun Xie, Lead Actress.

Keep an eye out for Rift at a film festival near you.