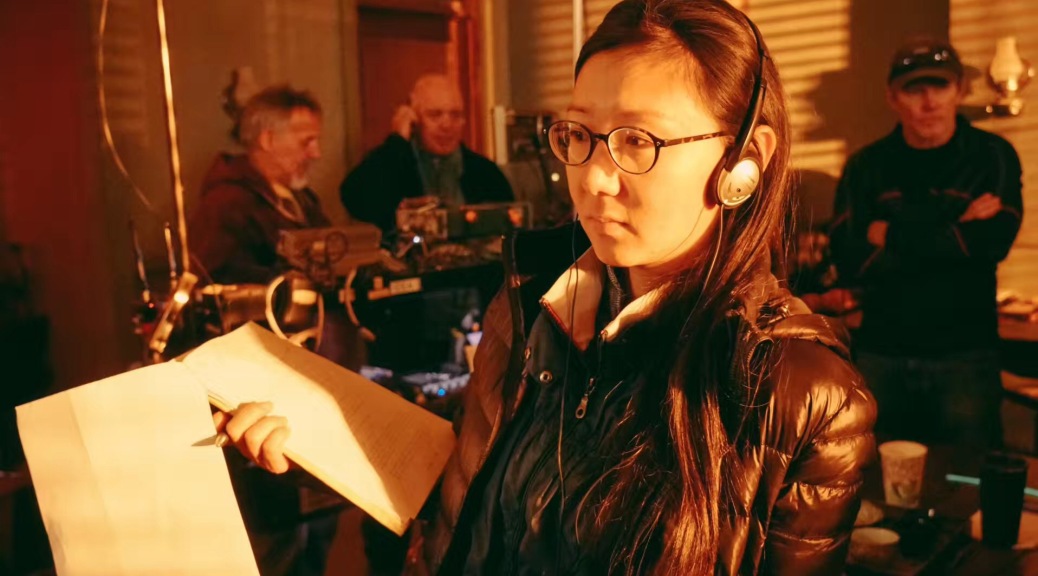 Alfred Hitchcock once said, “To make a great film, you need three things: a great script, a great script, and a great script.” For award-winning screenwriter and producer, Lili Huang, these words resonate deeply. If her career has taught her anything, in fact, it is that a well-written script is absolutely essential to the success of a film. For this reason, Huang pours her heart and soul into ensuring that when she writes a script, she fine-tunes each and every detail to perfection, regardless of its size. This dedication to scriptwriting, coupled with her business acumen and knowledge of film production, make her a rarity in the entertainment business and an asset to any project she works on.

“For me, screenwriting is about using my writing skills to take a simple idea and turn it into a gripping story for an audience. I enjoy the entire creative process of writing, from developing each character, to building the structure, planting every small or large detail, and ultimately, of course, presenting a final story that people will eventually fall in love with,” told Huang.

When Huang looks back on her career, however, she recognizes that originally, her passion for screenwriting and producing were not as clear cut as most. On the contrary, they have slowly and progressively built over the course of the last decade and as she continues to explore the film industry, her love for the two professions only grows stronger. To date, Huang has written upward of thirty film and web series scripts and makes no plans to stop any time soon. In addition, she has received a number of prestigious awards for her unique set of skills and techniques. For instance, in 2011, Huang tested her abilities as a screenwriter, director, producer, and editor when she created her film, The Flower of the Future, and earned herself a nomination for Best Screenplay at the Golden Panda Awards in China. For another of her films, Mei Mei, Huang won Best Film at the Golden Rooster and Hundred Flowers Film Festival, earned herself an Official Selection at the IndieFest USA International Film Festival, and more.

To little surprise, Huang is used to receiving a substantial amount of praise for her work from her peers and fellow film-lovers. For instance, well-known Chinese director, Xuehua Hu, acted as both a mentor and colleague to Huang over the years, considers her to be an asset in the industry. When asked about what makes Huang so good at her job, Hu had the following to say:

“Lili Huang has a rare professional dedication and passion for filmmaking. Throughout her career, she has gained a comprehensive understanding of the filmmaking industry, especially as it pertains to the differences between filmmaking in China and in other parts of the world. I can say confidently that she is an invaluable, professional filmmaker.”

After years of developing her skills in the genre of drama, Huang felt that she was ready to branch out of her comfort zone and explore the realm of creating a documentary-style film. Given that documentaries interest her greatly, Huang was confident that this was an area of filmmaking through which her talents could prosper. In 2012, she felt compelled to tell the story of Xixi, a girl who was born in China, immigrated to the United States as a child, and moved back to Shanghai, China, as a young adult. Huang spent the next eight months gathering raw footage of Xixi’s daily life, endeavoring to capture every moment of happiness, hardships, romance, friendship, and more. Ultimately, Huang wanted to shed a light on the Xixi’s unique life circumstances and allow audiences to draw their own conclusions about the intricacies of Xixi’s cultural transitions.

“I wanted to show my audience what her daily life is really like. For her, having had just moved back from the United States to China, she was definitely experiencing life in a very different way than local Chinese people were. I wanted to share her point of view on her new life in Shanghai, on how she was adopting new customs, etc. I also wanted to audience to draw their own conclusions after watching the film,” she said.

Once she had concluded her filming process, Huang edited her footage and eventually, in 2013, Xixi premiered at the Golden Panda Film Festival in China. Later, at that same festival, she received a nomination for Best Director of a Documentary Film, and was overwhelmed with pride. Director Haiying Wu, who acted as an advisor for the project, offered a great deal of praise for Huang and had only positive things to say about the film. Xixi, in conjunction with Huang’s other achievements in her field, have proven that there are very few limits to what she can achieve when she sets her mind to it and fortunately, she intends to continue dedicating her efforts to telling meaningful stories and continuing to help contribute the art of film for years to come.