The world of politics can be gritty and rough. The task of telling the stories of politics can resemble that as well. Both the process and the look requires a consummate professional to do it properly; makeup artist Christina Spina is such a person. Taking over for fellow artist Jessica Panetta when she was called away early in the filming of Filth City, Spina stepped in and created a seamless transition. Working with both Jessica and director Andy King, Christina established a tone congruent with the tone of the productions. Whether maintaining the design continuity or creating on the spot looks for day players, Spina used her skill to assist the director’s vision, empower the actors, and be a vital part of what would result in the film winning the award for Best Comedy and Best Cast at the Canadian Film Fest 2017.

The 2017 action/comedy/crime film is based on true events inspired by Toronto’s Mayor Rob Ford. Filth City tells the story of a city’s crack smoking mayor competing for reelection whilst in the heat of a scandal. When local kids record Hogg smoking crack on video, numerous media outlets compete to get their hands on the footage. Hogg’s campaign staff and syndicate of dirty cops work to keep the video’s existence a secret while others want to use this to put an end to the mayor’s political career. Crime, corruption, and the largest garbage strike in York history are all components as the plot follows a wide range of characters through this neo-noir crime tale. The film itself was provocative similarly to the real life events it was based on. During the world premiere at the Canadian Film Festival in March 2017 (at the Scotia Bank Cinema) Filth City received a massive amount of attention from the media, stoked by intense negative public comments by the city’s late mayor’s brother. His comments created a media frenzy and the film received tons of media attention as a result, creating buzz and selling out tickets; the very definition of turning a negative into a positive.

The director and the designer (Panetta) had created a look that was inspired by modern television crime dramas, and classic film noir crime films. All of this was communicated to Christina when she took over. While the public often thinks of makeup in TV and film as making the actors more attractive, the goal was anything but this for Filth City. The filmmakers knew that the story was about the reality of politics and the people involved, not the pleasant way these individuals project themselves. To this end the goal was to present what they referred to as “hyper realism.” The look of the characters was to be very specific and not the somewhat bland “wallpaper” approach commonly seen in film. Christina describes, “For example, a lead cop character had a specific flip to the front of his hair. The Mayor had redness in his face and was intentionally sweaty and shiny on camera. The cop turned drug addict character had a dry red patch on his neck and darkness under his eyes. A young woman in one of the lead roles wore gold eye shadow. All of these choices are so simple but specific in forming the visual language of character. In comedy, depending on the circumstances of the script and the nature of the show, characters tend to have bigger makeup design elements to increase the comedy aspect. Since this was a crime drama comedy, the ham factor was turned down and simplified into hyper-realism.”

In the work of a makeup artist, what appears “normal” on screen is every bit as challenging to establish as that which seems striking. That might seem counterintuitive but anyone who has appeared on camera without the benefit of makeup can attest to the fact that it can greatly aid or detract from your appearance. In TV and film productions, extremes at both ends of the scale can be challenging. If the viewer finds themselves paying attention to the makeup, it’s done incorrectly. Christina concedes that it is very difficult to produce a makeup look that appears flawlessly natural, as if the person is wearing nothing at all. This type of makeup is erroneously confused with being easy and fast, which is not at all the case as it takes refining and attention to the most minute details and should never be seen. The makeup style Spina used for lead character Mayor Hogg (referred to as breakdown makeup) displayed redness all over his face to resemble broken capillaries from substance abuse. This makeup design was very specific and required both written and photo documentation to ensure perfect replication for each scene.

Not all of Christina’s work on Filth City required painstaking recreation for the lead characters. She often got the opportunity to improvise looks for a number of day players (actors on the set for a single day, often performing peripheral or background roles). It wasn’t uncommon on this production to have an actor with four different look changes in one day. Because the story was set in current times with an emphasis on politicians, law enforcement, and the media, Spina often took her inspiration from the generalization of these types on day to day television. The proper simple choices can have a dramatic effect on camera. It’s this type of wisdom which augments the talent that Christina is lauded for. Her quirky versions of real people benefited both the comedy and the crime sentiments of the storyline. She agrees stating, “I am actually able to execute last minute requests successfully with a combination of methods. It mostly comes with years of experience. I am always facing challenges and learning from experience, and am lucky to have those experiences to move forward so that I am more prepared each day. I have learned so much over the years, and am learning still. Each experience encourages me to revise and restock my kit. I have learned so many valuable things, one important tip is to be able to improvise requests on the spot by having a fully stocked kit with all the tools and items to execute any request. It could be stressful when requests are made and crew is forced to wait on me or my department, a general rule on set is that you do not want to be the cause of holding up shooting. But with thorough communication and a solid plan of execution everyone can get their respective jobs done and not feel stress in a way that would compromise the outcome.” 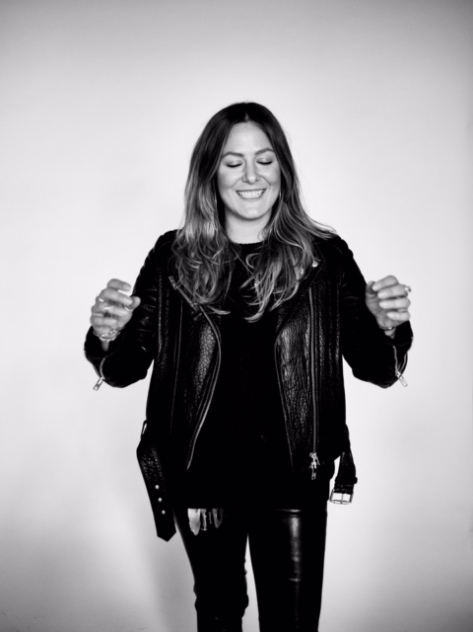