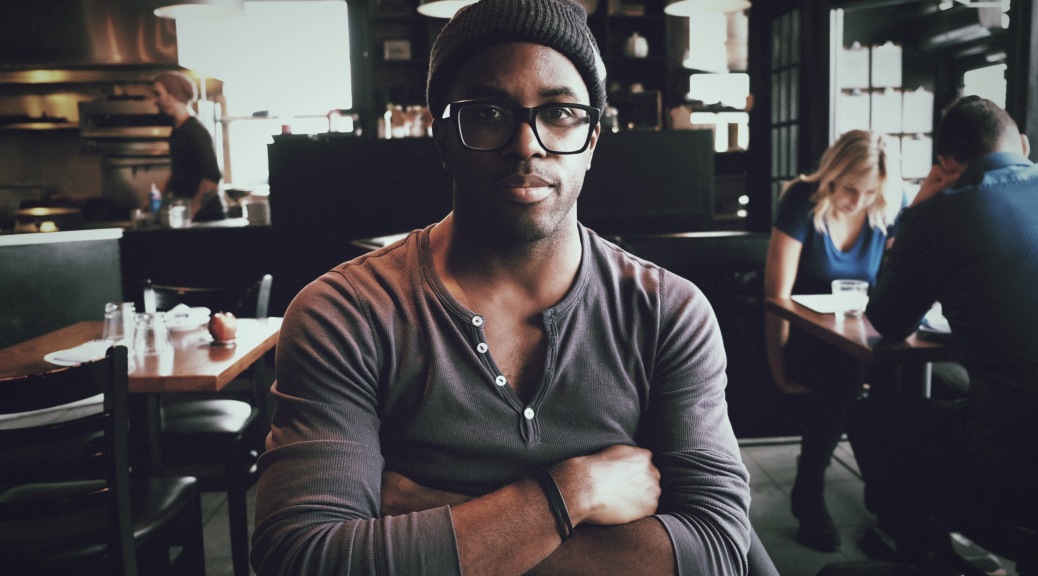 Director Nikki Ormerod wanted to use her background in still photography as an inspiration for the film “If” which celebrated the differences in human beings. She wanted the most basic of presentations in order to focus all attention upon the individuals presented onscreen. She had long desired to work with cinematographer Stuart Campbell and was pleased when he consented. The resulting film was an official selection of the Ottawa Film Festival (2016) and earned Campbell a nomination for Best Dramatic Cinematography from the Canadian Society of Cinematographers. The most fitting description for the film would be classic. “If” is streamlined and yet possesses a massive emotional impact. If (no pun intended) the desire of Ormerod and Campbell was to exhibit the corporal form and communicate the essence of our connective substance, goal soundly achieved!

Most directors hope to capture a performance that is believable. In her film “If” Ormerod wanted to simply capture the beauty and complexity of what is already in existence. The desire was to manifest a “filmic version” of the type of photography that interested her most. The soul of the individuals onscreen should be visible and instantly relatable to the audience. Nikki knew Stuart’s work and knew that he understood how to capture the correct moments to exhibit this. She confirms, “Stuart elevated the film to levels of quality I had never thought possible. ‘If’ is a very simple film that centers purely on showing the faces of a variety of individuals from different walks of life. Considering the static nature of the shots, it was necessary to have a cinematographer that could think beyond just shooting beautiful photography and instead capture thoughtful, conceptual, and cinematic imagery that delved much deeper, which is exactly why Stuart was the only man for the job. Based on my initial idea, Stuart brilliantly introduced the idea of incorporating slow motion shots and poetic narration to the film to help support the idea and visuals, which I must say was a stroke of pure genius. The slow motion shots and use of black and white photography created strong rhythmic and timeless imagery.”

Working together, director and cinematographer created a visual statement which communicates a unifying vision of community; one which literally shows how we are all the same regardless of age, sex, race, religion, and other factors…because we all feel the same emotions. The Rudyard Kipling poem supplies the verbiage which tells this but the imagery packs the punch of this idea. Within mere seconds of viewing those onscreen, one can see the same desires, hopes, and motivation in an outwardly eclectic yet inwardly cohesive group.

The sincerity and simple beauty of Nikki’s idea for the film spoke so loudly to Campbell that he offered up a streamlined and simple approach to the camera’s view. In its singular manner, the cinematography of “If” established the ability of the audience to focus on the individuals seen on the screen rather than a variety of framing, lenses, and other technical processes that Stuart could have used. There’s no shortage of technology available to use on a film these days. Drones, Go Pros, and other technological gadgets enable a cinematographer to create a myriad of different looks for their work. Stuart explains, “Some prefer to have a lot of toys at their disposal so they have options while they’re shooting. I prefer to figure out what needs to be done and focus in on that and get the gear that is needed. Different jobs have different needs. Some jobs you really do need to have two, three, four cameras around because that’s what’s appropriate for the job and what you need to cover. Personally, I love one camera jobs because it allows me to shoot everything the way that I think it needs to be shot. Controlling? Maybe, but everyone is different and everyone sees the world differently. Someone else may not shoot something the same way I would. And sometimes things come up where you need to adjust and roll with what’s happening. There’s no guarantee that someone else will react the same way.” 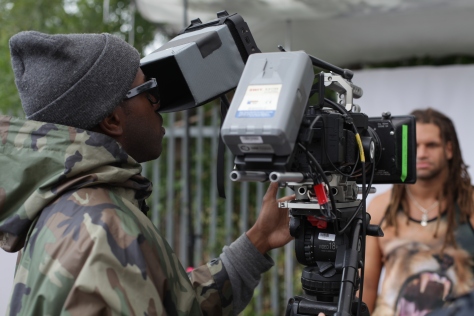 There’s something to the idea that a great cinematographer gets inside the brain of the director they are working with. If the cinematographer is the eyes of the project, the director is most certainly the mind and heart of it. Campbell contributed more than just the images seen in “If” because he “got” Ormerod. Nikki’s original idea was to have music, vague & droning instrumental tracks to accompany the people seen onscreen but after prompting from Stuart and some research, the Kipling poem was added and gave a whole new dimension to the film. That poem was written for Kipling’s son as a piece of paternal advice. It gives general conditions to succeed in achieving a happy & beautiful life. If everyone lived by similar “rules” the world would be a much different place, and potentially a much happier one.

One very obvious and complementary part of Campbell’s contributions to “If” is the use of slow motion. The gravitas of the imagery in the film, coupled with the poem by Rudyard Kipling, are enhanced by the calculated lethargy of the movements seen in the film as a result of this. This grants the viewer the ability to hang on every person, every frame, every emotion, fully supporting the idea and experiment of a “moving photograph”, as was the director’s original desire. Stuart confirms, “The slow motion was a very clear way to allow the viewer to really take in the emotion that the subject was giving out. Like a photograph, the longer you have to sit with something, the more story comes out of it. It was an opportunity to let the viewer take their time and experience the visuals along with what was being said in the poem. The film is an emotional piece and sometimes it’s best to just take your time with things. Using slow motion also gave us an opportunity to make some emotions mean more by speeding them up or picking a speed somewhere in between. Shooting in slow motion just gives you options and lets you bring some more drama to what you’re shooting (sometimes).”

Stuart Campbell is known for getting amazing results with an often very basic camera set up. While he is quite comfortable with the updates that technology’s cutting edge offers up, it’s because this cinematographer is so committed to story and connecting with the essence of a production that he often uses a very limited set of tools for himself. It’s via this “primary” approach that Campbell feels he is able to more sincerely communicate the essential ideas that the storyteller wishes to impart. It’s Stuart Campbell’s contention that more tools do not make one more skilled, rather it’s by using the tools you have when they are called upon that empowers one to honestly communicate the essential idea of any story.