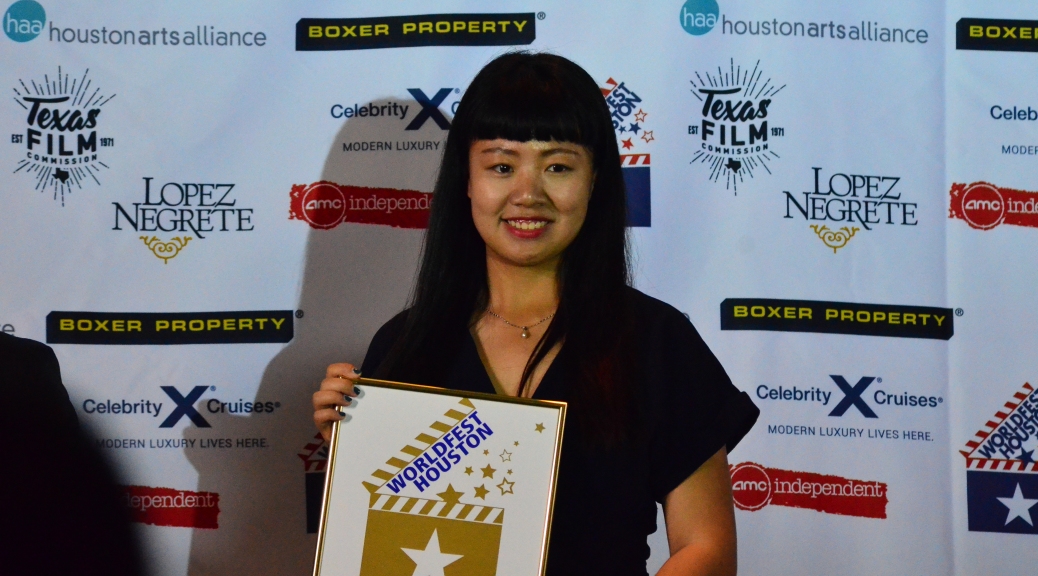 Born and raised in Taiyuan City, China, Shuhe Wang was destined to be a production designer. Design was always her passion, and she never questioned what it was she wanted to spend her life doing. She understands every aspect as to what it takes to be an exceptional production designer, and that is why she is so highly-respected around the world for what she does.

Despite any challenges that arise, Wang loves what she does, and always shows audiences what she is capable of. Her work on the films Stay, Dancing for You, Cartoon Book, and Inside Linda Vista Hospital helped earn the respect of international audiences and win awards at several film festivals. However, despite this success, she considers working on the film Red String the highlight of her esteemed career.

“With each screening, people are really interested about the story and what is the background of creating the story. As a film, it is always the most important target that let people think about the meaning and something related in society after watching it,” said Wang.

The film tells the tale of an illegal Chinese immigrant who wants to keep his last line of his privacy in a terrible restaurant where he works. However, when he finally goes against his dignity, he finds that he even makes his life worse.

“This is a film about low-level class Chinese immigrant’s life. To make the film reliable and vivid, it relies on the production designer to create the atmosphere about Chinese culture and low-level people’s life. I did a lot of research about what exactly their life had going on, and created some characteristic elements in the film,” said Wang.

“I feel excited that the film got a lot of attention by telling a small and rough part of our traditional culture, and glad that the true and hard life of normal people is still being considered and cared a lot by universal audiences. This is a story about my national country’s culture, and it happens in some low-level class people. That is kind interesting to do because I can show audience a different angle of Chinese culture that not very noticeable in real life. And the story is absolutely tense and strong,” said Wang. “The director was very creative and open-minded. It was really great to work with him. He fully trusted me in my department’s process. It makes the work smooth and well- communicated. We were sharing all the thoughts and brainstorming without any concern. We were on the same page for each step.”

The director, Minghao Shen, knows Wang’s commitment to the film and her talent as a production designer largely contributed to the success Red String saw. The two had talked about the script and had found out that they both had a lot of deep thought and ambition regarding the story. Shen trusted that Wang totally understood the story and would create the sets perfectly.

“Shuhe is a designer that does not just care about how to make set pretty, but also about telling a story by the designing, due to her directing skills, so that actually helped the film be better. When Shuhe was working, she was always focused on the details and she was always careful about each single image,” said Shen.

While keeping true to the message of the film, Wang wanted to show some of the key elements to the world without over dressing them. The overall tone is a small bakery and restaurant in old Chinatown of an American city. Wang would go to Chinatown in Los Angeles to simply observe, and to capture the feeling of life there. She would see how they liked to dress and what they liked to eat, what they believed, what way they connected with the outside of Chinatown, what the difference was between the new and old immigrants, and more to truly understand what she needed to create.

“Once I locked each character’s personality, I chose the key elements of each of them and made it into the entire set,” said Wang. “However, the most impressive part of filming Red String was that everyone was so engaged in the story and helped to make it better. The lead actor even gave us some impromptu action with the props as the character and it worked very well. Sometimes we shared the thoughts based on our position to make the film more complete.”

The film was a collective effort by everyone involved, and Wang’s work helped to turn it into a masterpiece.