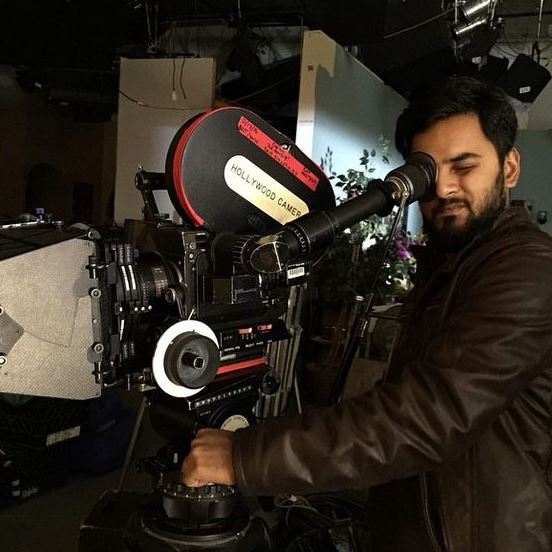 When filmmakers create a film on a smaller budget that does huge numbers, Hollywood sits up quickly. That’s exactly what happened when Writer/Director Marwan Mokbel’s Ouija Summoning (produced by Egywood Pictures) became a hit horror film. Ouija Summoning was distributed by some of the biggest platforms in the U.S. and worldwide, including Amazon Prime, Walmart, Best Buy, Red Box, iTunes, Barnes and Noble, and many more. Horror films are among the most commercially successful genres in the industry. When a film like this with tighter budgetary constraints is so well received, it’s proof that the story and the look of the film are exemplary and in perfect synergy. Horror productions rely heavily on the believability of the “look” as fans of the genre continually demand more realistic visuals for the unbelievable situations. Mokbel needed a consummate professional as his DP for Ouija Summoning and he found it in Yash Khanna. One of the main reasons for Khanna’s enthusiasm about being involved was Marwan’s encouragement that his DP be experimental. Creative people love the opportunity to do just that…be very creative. The scenario worked out well for Yash, Mokbel, and the film they have created. Marwan states, “I hired Yash because of his extensive history of bringing a unique visual style and stamp to each production he has worked on in the past. Yash was nothing short of impressive with his work on our film. His understanding of lighting, composition, and color, reveal his talent while the thoroughness of his preproduction preparedness gives proof of his staunch work ethic and commitment. The film one hundred percent succeeded thanks to the fantastic contributions of Yash.”

Khanna relents that being prepared is the most necessary part of his early contributions to any film. His eclectic resume (including films such as: Funny Man, How To Get Girls, Slipaway, Exit, and many others) displays his ability to be a valued Cinematographer on a production for any genre but, his work on Ouija Summoning allowed him to stretch his creative muscles in the appropriate manner for this horror production. Yash notes, “The reason for taking on a project like this, other than working with someone great like Marwan, is that I was afforded the chance to do different techniques. I learned some new things about the horror genre working on this film. I learned how it can be made gripping. I was able to try some lighting ideas which I had wanted to try for a long time. Usually we don’t get to play much with underexposure and contrast but I was able to explore many of these ideas while shooting Ouija Summoning. Marwan works at a very quick pace so shooting fast on multiple setups was a good experience for me as well.” 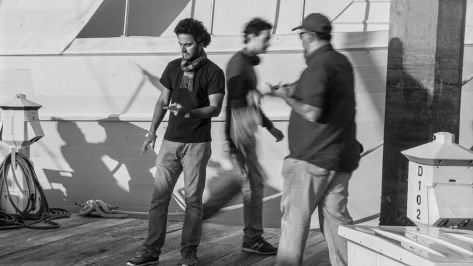 From the very earliest stages of his preproduction planning, Khanna set down with the department heads to design the color palette for wardrobe and art design in order to achieve a gothic look for the film. Moving on to lighting and color, Yash wanted to execute soft lighting but with a lot of contrast. The reason behind this choice was to make the atmosphere appear grey and gloomy. Khanna and his team designed their lighting by first cutting and diffusing the daylight and then they began lighting the world of Ouija Summoning. They came up with the idea of using stained glass. This would allow them to introduce harsh colors in the frame. They then designed a rig that would keep the color temperature in sync with the sources, accommodating the many scenes with flashlights and candles. A prime example of the result is in the suspenseful first scene of Ouija Summoning. Yash explains, “The Opening scene was one of the toughest ones to film. We were filming in the basement of an old house. The scene was a long one shot with practical effects. We needed a very dim look as it was the first time we reveal paranormal elements in the film. Marwan had written the scene in a very gripping tone and we wanted to do justice to it. We rigged small units where the camera wouldn’t see them and rigged just the right amount of practical [lighting] where we would feel silhouettes moving.

It was really tight quarters and I had to operate the camera through the stairs walking down and following though narrow corridors. It was a long take. A lot of fans comment that this is a ‘jump out of your seat moment for them…which makes me very happy.”

In a film of the horror genre, it’s a modern day requirement to use VFX, fans expect it and almost demand it. In Ouija Summoning, a beautiful woman is haunted by an evil spirit after an innocent game of Ouija board goes horribly wrong. Sara (the woman) had a perfect life until an evil spirit was summoned from a Ouija board. This spirit had once killed its own son and cannot put the past behind it. Sara is tormented by this spirit, who will stop at nothing until it destroys Sara and everyone else in her life. Making good use of his prior experience working on projects which involve VFX, Khanna planned his lighting, color, and camera choices with the VFX team to make this work to the film’s advantage. Sometimes however, VFX is not enough. Only the authenticity that comes from witnessing real events works in a storyline. In the climactic ending scenes of Ouija Summoning, Sara flees from the spirit and the viewers witness a harrowing chase. For Yash’s role as DP, it was one of the most dangerous and important scenes. He confirms, “The car chase scene, towards the later end of the film, is where the character is driving away from the paranormal spirit. This scene required the car to appear fast and out of control along curvy desert trails. Our stunt man had to skid the car along the turns and do a 180 spin and flip the car in one single motion; after which the car explodes. This was filmed during a one-night shoot. Time constraints were strict, the risk of danger was high, and we could obviously not do take after take of exploding cars. I had multiple camera units running to maximize the footage. We lit a huge area of the desert because we were shooting from far away. The shot came out perfect and was one of the highlights of the movie, a real testament to the planning we did and the amazing execution of our crew!”

Because of the stir Ouija Summoning created, Yash is now fielding a host of offers. The best advertisement is doing great work. The public took great interest in Ouija Summoning and the look which Khanna created, now Hollywood is taking great interest in him. Smiling he declares, “The success of Ouija Summoning has been a great boost for my career. This was my first horror film. I have been offered many horror scripts as a result of it. I’m reading them and waiting for something unique to interest me. I am excited about what’s next.” 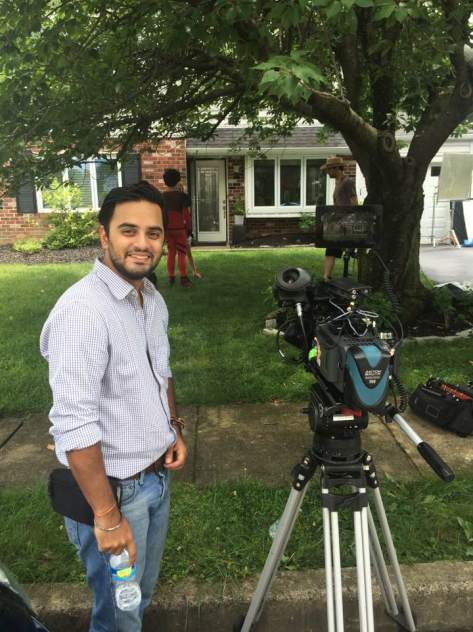