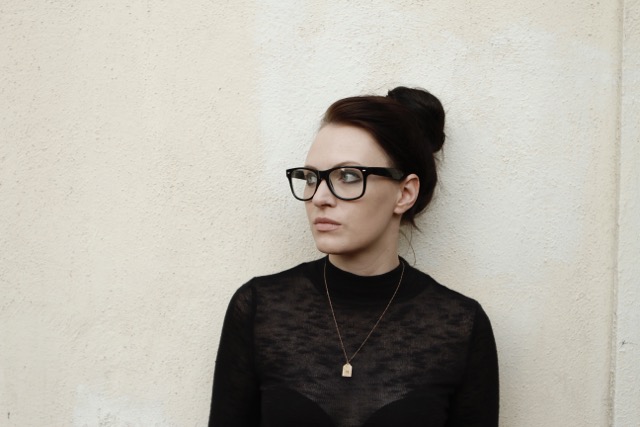 Masters of any field are not born, they are made. However, some individuals possess attributes which cause them to be ahead of the crowd. Those who are leaders in their field have become so because they recognize there is always another way to hone and define their abilities. Mari Lappalainen is this type of professional. Although she has many films and television productions to her credit, Gehenna: Where Death Lives was her first horror film as Production Designer. Director Hiroshi Katagiri recognized her talent as well as the opportunity for her to experience a new genre of film, partly due to his own experience. The film is also Katagiri’s directorial debut, which meant he took care to insulate himself with a crew he completely trusted. Lappalainen is known for her work as an Art Director on films such as: Danny Boy, Share, Awaken, and others but has been working increasingly as a Production Designer crafting the look of a film early on. Katagiri is lauded for his special effects makeup career (working with Steven Spielberg on Jurassic Park, A.I., and War of the Worlds as well as films with Rob Marshal, Guillermo del Toro, Sam Raimi, and others). There was a kinship shared between Lappalainen and Katagiri as talent recognized talent. With Gehenna, the results were entertaining, chilling, and culture blending. A great deal of this is a result of the look of the aesthetics of the film which Mari and Hiroshi worked so hard to create.

Gehenna is the story of a group of American real estate developers who travel to Saipan to scout land on which to build their next hotel resort. Unknown to the group, the area is sacred land that had been cursed centuries ago. They cross paths with an old Japanese WW2 bunker and enter to see if this will be an issue for their development. Soon, the door gets shut and the team is at the mercy of the curse; a curse which states that the last one alive loses and must face eternity alone in the dark. Although the film’s setting is on this Pacific island, the actual filming took place in Los Angeles. Director Hiroshi Katagiri is a stickler for authenticity. This meant that he took Lappalainen, as well as the Cinematographer, and Line Producer on a trip to Saipan to get a feel for how the set should be. Mari recalls, “The story was set in Saipan, on a small island across the world with significant WW2 memories. To get the feel of Saipan, their history of the war, and get accurate references for our Japanese bunker set to be built in Los Angeles, we flew to Saipan in early September. We scouted our filming locations there and photographed old war time bunkers and materials/finishes for reference. As almost everything in prop and set dressing wise was Japanese, I spent a few days in Tokyo to look for our hero props and set dressing references from museums and archives of the war period.”

As Production Designer, Lappalainen used some modern tools to give Hiroshi and the crew the most realistic sense of what the set should look like. Mari comments, “For Gehenna, I did the 3D modeling myself, adding textures to the model to show the director what we would be expecting and helped him to develop ideas for the storyboards and imagine the blocking for the action. It took a lot of research, especially for the small details as it was a Japanese WW2 bunker. There were no standing sets in Los Angeles like this so we had to create if from scratch. We looked at Japanese war movies and went to museums to learn about Japan at this time.”

Mari took great care to study the script for Gehenna, breaking down the script to understand the needs of the film in terms of visual language and character. Her trip to Japanese museums gave her a complete understanding of how the troops quarters were organized as well as the psychological and emotional “vibe” of the space; an element key to the actors and the audience getting a sense of the surroundings.

Gehenna: Where Death Lives was an obvious success as its inclusion in so many well-known festivals attests. Gehenna was selected to The New York City International Film Festival (NYCIFF), the Bram Stoker International Film Festival 2016 (UK Premiere), A Night of Horror film festival in Australia, and LA’s Shriekfest. Katagiri states, “Gehenna is a biblical term for a horribly evil place, and Saipan was the site of the heaviest fighting of WWII. To keep my vision, the look of the film needed to communicate this with the surroundings in an unspoken way; Mari Lappalainen made this happen flawlessly. She perfectly achieved creating the setting I imagined.” Lappalainen’s foray into horror films proves that her consummate abilities as a Production Designer translate from genre to genre. Being vetted by a recognized leader in the horror, fantasy, and sci-fi genres like Hiroshi Katagari is certain to bring Mari continued work. Whether in a romance, drama, comedy, or horror film, Mari will be bringing her self-demanding work ethic to the positive reviews of filmmakers and audiences alike.