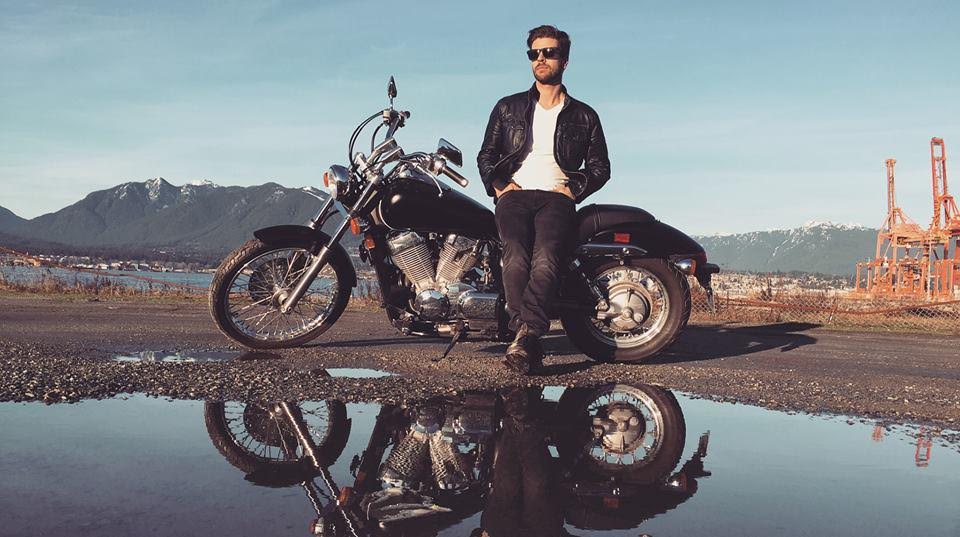 Despite being from a small town Cody Sparshu always had big dreams. He never let the lack of acting opportunities in Westlock, Alberta interfere with his plans to be in actor. His determination is part of why he has achieved what he has, and now the actor has been cast as the lead in the upcoming and anticipated feature film Overboard.

Overboard is a psychological drama about eight high school friends who bonded together over tragedy in their school. Ten years later they get together for a reunion aboard a luxury yacht and tragedy strikes again. The screenplay was written by writer/producer Mat Lo, and the film is set to be shot in Vancouver, Canada during the summer of 2017.

“The script is quite complex and I’m excited to play a character that has so much going on beneath the surface. His relationship to every other character in the film is so unique and dynamic that I feel there’s some real opportunity to dig deep and develop something interesting,” said Sparshu. “It’s going to be a lot of fun for me both artistically and because I love boats.”

The script for the film was written by Mat Lo. Sparshu says it’s already been quite fun throwing around ideas with him and talking about the characters.

“When I read Overboard I was really drawn in by the script. The characters are all quite interesting with really cool back stories which I think will make for a great dynamic. My character in particular is quite different from me, yet also hits close to home in a lot of ways. I’m really excited to dig into what makes him tick and really take it somewhere interesting,” he described.

Prospective director of the project James D. Schumacher has seen Sparshu’s work and finds him to be an impressive actor.

“I am incredibly excited for the opportunity to work with Cody. I first saw his work at the world premiere of Double Booked in Los Angeles, and when I met him in person at the event it amazed me how different he was from the character he portrayed,” said Schumacher. “Cody seamlessly transforms himself into the characters he plays and it will be a lot of fun to work with that talent and mould something unique together.”

The current plan is to film Overboard in the summer of 2017 which should make a release date around Spring 2018.

Sparshu is no stranger to success. He is in the film Double Booked, which premiered at Action on Film Festival in Los Angeles, and screened at the Northern Virginia International Film Festival and the Sunscreen West Festival in LA. The film was nominated by the Alberta Motion Picture Industry Association’s Rosie Awards for Best Feature Drama and Best Original Score.

“That movie was a lot of fun to shoot. I got cast as a last minute addition to the film, giving me just over a week to prepare around 60 pages of dialogue heavy, dramatic scenes. I locked myself at home for the week and dug in which was a pretty immersive experience. I pretty much lived as my character Jeff once we hit the cabin,” described Sparshu.

Sparshu appeared in CMT’s series Pet Heroes, and was also in the series Bluff. He was the lead of the acclaimed short In the Grip, and most recently appeared in Umbrella Collective’s feature Incontrol. That being said, he describes the highlight of his career as getting to act alongside one of his favorite actors Keifer Sutherland.

“I’m a huge fan of the show 24, it’s one of my all-time favorites. I was working on a film with Keifer and towards the end of the shoot they needed someone for a small character who he draws a gun on and tells to get out. Knowing I was also an actor they told me to go get into wardrobe. It’s probably one of the shortest moments I’ve had on screen but Keifer is so incredibly talented I instantly had the fear that Jack Bauer puts into a man,” Sparshu described. “It was a really cool experience and he’s a great guy.”

Sparshu first realized his love for acting at the age of six. He was a chatty kid, so his teachers decided acting would be a good outlet for him.

“I was cast as the lead in our first grade play The Greedy Green Goose. I went on to do drama through school, but being from a small Alberta town, film opportunities didn’t exist at the time. Once I graduated, I tried out some other things, but it was acting that drew me back in,” he said.

Despite his success, Sparshu still says there are challenges that everyone faces in the industry.

“Sometimes I’m my biggest challenge when it comes to really finding the truth in a scene. Sometimes I have personal stuff to overcome for it to really work, but doing the work causes growth,” he describes. “That’s not always easy but it’s always worth it.”

But above all, Sparshu genuinely loves acting, and it is this passion that brings him success.

“I love the opportunity to embrace all sides of who I am. My dark side, everything that’s within me, I have permission to let it out, to express it, to be real,” he concluded. “I get to play.”