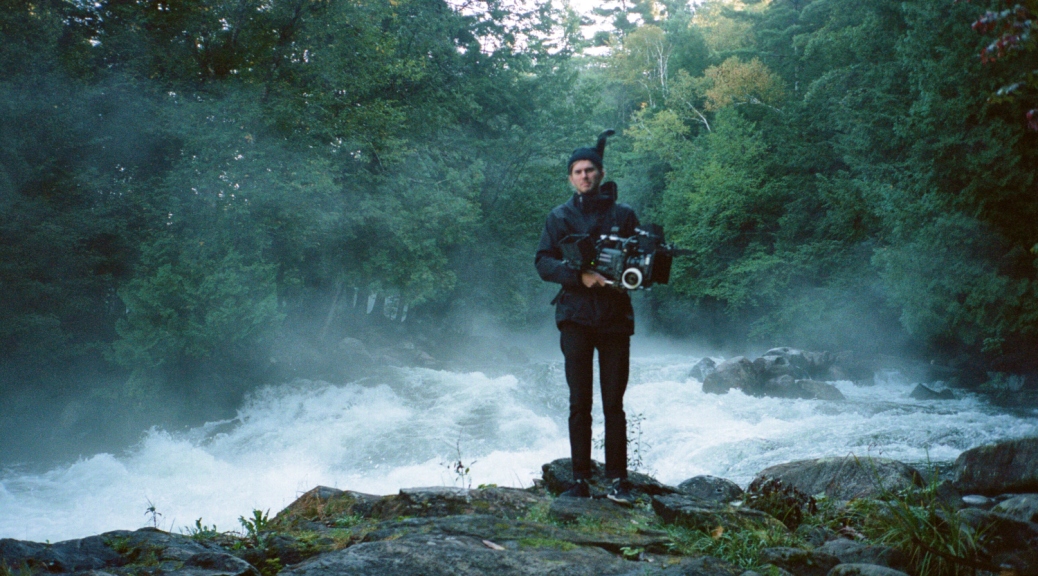 Growing up in Port Coquitlam, British Columbia, Peter Hadfield and always had a passion for filmmaking. From playing with his father’s video camera, to taking classes in high school, to using his hobby of skateboarding to film tricks with his friends, Hadfield spent his early life doing what he loved.

Hadfield now lives in Toronto, and has had many achievements in his career as a cinematographer. His work has been selected in film festivals such as Vancouver International Film Festival (VIFF), and he has had four music videos selected as Vimeo Staff Picks.

“I think I’ve always been interested in the way things look and observed the way I felt as I was looking at an object or situation. When I was I kid I would stare at the waves rolling across the Pacific Ocean or the landscape passing by. I had a habit of closing one eye and alternating which eye was open just to look at how the perspective of my view would change,” he described. “Robert Mapplethorpe said ‘It’s all about light.’ To me that meant how the light fell or reflected or got diffused and how that could affect my emotions.”

Hadfield also had the opportunity to work on Bayer’s We Can All Be Remarkable commercial about a device that measures insulin for diabetic athletes.

The commercial features a lot of different athletes performing a variety of sports , so Hadfield says they really had to be on top of their game. He describes shooting the hurdler as the highlight of the experience. It required an electric camera cart called the EXO camera cart, and they fitted a Steadicam arm to it and burned down the track while the hurdler was going. However, he says the challenge came during skating.

“The hardest part was skating and camera operating at the same time. We were shooting with a 9 year-old girl, and I hadn’t skated in a while but I thought I could keep up with a little girl, but she left me in the dust! It was pretty fun that she could skate so much faster than me,” laughed Hadfield.

Hadfield worked alongside director Claire Edmondson on the commercial, and the pair agree they made a dynamic team.

“Peter is great to work with as he is a good collaborator, is relaxed and patient. He listens to your thoughts and ideas, adds his own and is dedicated to finding the best way to making something look good,” said Edmondson. “Peter is a good cinematographer because he’s always looking for the most beautiful way shoot something, the more interesting angle. He is a master at handheld, his composition is always stunning.”

“Claire is amazing. She’s got such an eye for performances and is so in control of what she’s getting out of the talent. It just so happens that my visual taste lines up with hers quite well, so we found that we gelled quite well,” said Hadfield.

The project helped Hadfield with how to handle and communicate with bigger film crews.

“As commercial budgets increase, the amount of people the cinematographer has to manage goes up as well. At a point in commercial cinematography a lot of delegating starts to happen, so having effective communication skills is a must,” he said.

Hadfield was in his twenties studying psychology when he realized he should follow his passion as a cinematographer. He attributes this to the rebellious nature of skateboarding, which helped him with “guerilla filmmaking.”

“When I enrolled in film school, I found that I would be more willing to go to a weird location at three in the morning, or hold on to a camera while hanging out sunroof of a car to get a shot. There’s a sense of danger and immediacy in cinematography that parallels skateboarding that I got really excited about,” he said. “When you’re holding a camera you have to be completely present and conscious of a moment to capture it in the way you want to, and the reward is getting amazing footage, just as when you’re skateboarding or doing anything that demands you to perform physically. You have to be completely focused on what you’re doing to perform and achieve. There’s a rush from that that I still get today.”

That rush is part of the long list of reasons Hadfield loves cinematography. For him, there isn’t just one simple reason to be in the profession. From all the different people he gets to meet by being a cinematographer, to travelling to new places and getting access to interesting places, to the act of creating and capturing images, Hadfield knows he is in the right career.

“I like the fact that holding a camera can either turn me into an observer and distance me from a subject or it can intertwine me with a subject. There’s something very intimate about capturing someone’s image. It makes the people in front of the camera venerable, and if that is met with the same openness from the person holding the camera, some very interesting moments and images can be made that will speak to the viewer,” he said. “I also like improvising with a camera on my shoulder to capture moments with actors or subjects. I like storytelling, and working with directors to figure out the best way to tell a story visually. I like collaborating with other people, and cinematography enables me to do all those things.”

Despite this, there are still challenges that Hadfield thrives of off.

“Shooting isn’t easy. Things never really go ‘according to plan’, so you’re constantly thinking on your feet. It’s a swirling mess of problems and opportunities, and it’s up to the director and cinematographer to guide the production through that mess. They’re the keepers of a film’s visual language. So, it’s a challenge to be able to keep calm, keep a cool head, keep on time, keep on budget, and still get amazing footage. But it happens! So, it’s a high risk/high reward game that’s a bit addictive,” he described.

In the end though, Hadfield says he just wants to be a decent, balanced, caring person and be a role model for young people and future film makers.

“In the future I want to live by a body of water and drive a mint Volvo 240 DL, walk my dog off leash in the forest, have good conversations, shoot film, listen to music and play guitar,” he concluded.