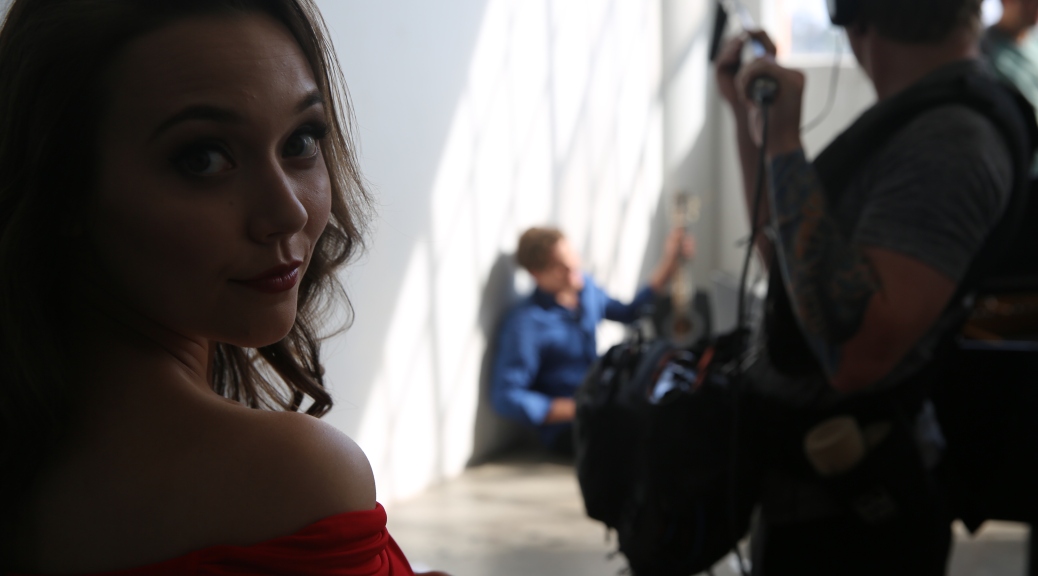 “Taking on a new role, transforming into a new character is like a drug to us actors,” said Liya Shay. The Russian native has enjoyed acting since she was just a child, knowing she would never want to do anything else; she can’t live without it. She believes she is one of the luckiest people on the earth, getting to do what she loves every day. She is also one of the best actresses to recently come out of Russia.

Throughout her career, Shay has worked on a series of esteemed projects, solidifying her reputation as a true professional. Her portrayal of the sister in The 4th Person caught the attention of both audiences and critics, a trend that continued for her roles in Musician Evan Blum’s “Won’t Be Alright” music video, and the short film Greek Yougurt.

“If you don’t truly love acting, you would not be able to do it,” she said.

Shay has become an international success, with producers and directors looking to have her in their films. Just last year, this happened when producer Nikita Sapronov reached out to the actress to be in the film From Within. The two had worked together on the film Forever, and Sapronov knew Shay would be ideal for the role of Louise. The two have now worked on four projects together, and Sapronov is always impressed with the skill that Shay holds despite her young age. He was very impressed with how fluently she switches between accents and dialects. He helped the casting directors of the television series Cyberia find their lead character Dr. Alina Petrovska, knowing that Shay can speak Russian and do an authentic Russian accent. In the near future, Sapronov yet again will be working with the actress on the mockumentary feature film Homeschool Graduation, and believes that her talent as an outstanding actor will make her a wonderful asset to his film.

“Liya created a unique character in From Within. Fictional, yet so familiar to everybody who faces the struggle of their perfectionist self. The combination of her strong deep melodic voice together with the British accent that she portrayed flawlessly due to her background living in the UK, created a character that was unforgettable. The character was an antagonist, but Liya was able to play on different notes of the character, making her performance so unique,” said Sapronov.

From Within tells the story of Caleb, a musician who stands up to his perfectionist inner voice, accepts his faults and embraces his inner creativity, taking his performance beyond the technique. Shay believes the film tells an important story, as many people struggle with trying to be perfect and constantly feel not good enough. From Within tackles these issues.

“Our world is so reliant on competition in everything we do. There is always someone better or stronger or cleverer and we always have this voice in our heads that tells us that we are not good enough, and often this voice is the reason why we give up. In this story, we wanted to remind the audience that doing something from your heart is more important than doing it perfectly. That what we do and the way we do it is so unique to every person, that simply that makes us equally special. Trusting your instincts and not comparing yourself to anybody else is the key to success,” said Shay.

Shay’s character Louise was extremely crucial to the story of From Within, as she leads Caleb through his self-discovery. She pushes him beyond his boundaries, and makes him realize that he can achieve greatness on his own, if only he embraces his mistakes. Shay was able to portray how three dimensional her character became, despite being written as a simple antagonist.

“I loved playing around with this character. I tend to get cast in roles that show vulnerability and a lot of emotions. This character was the opposite. She was strong and in complete control over Caleb. it’s definitely a lot of fun to be the boss. Also, I was always moving around as opposed to Caleb who is always at the piano in our scenes. It gave me an opportunity to really play the devil who is always behind, always whispering in your ear. The gorgeous red dress was the icing on the cake,” said Shay.

The audience’s sympathy for both the pianist and the muse helped the film achieve such success on domestic and international film festivals. It was an Official Selections at the Mission Viejo Film Festival, Oasis Film Festival, VOB Screening Series, and Austrian International Film Festival. None of this could have been possible without Shay’s intense portrayal of Louise. She knew the importance of building a believable relationship with the character of Caleb. Because Louise was an imaginary character, Shay had to create a sense that she was not a real person, but a product of Caleb’s imagination. Although it was mainly achieved through montage in the film, she had to carry the sense of it throughout the film. She chose to often walk around in circles close to Caleb, intruding his personal space, which emphasized that they had a very close relationship, and that she was holding some sort of power over him.

“Louise has a strong mindset that can’t be changed or meddled with. Unlike Caleb, she knows exactly what she wants from him and how to get him there. Although she is the antagonist, the audience is compelled to listen to her because of the intensity that she holds in every moment,” Shay described.

Audiences should be sure to check out Shay’s portrayal of Natasha in the upcoming film Jet Lag. Check out the trailer here.