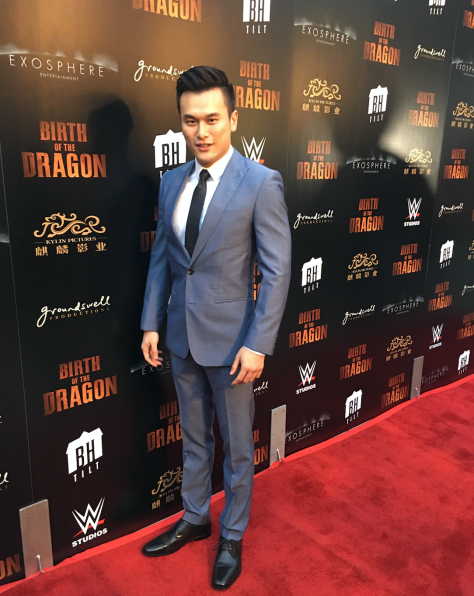 Bohan Gong. You probably don’t know the name of this successful film producer but then again, you don’t know the name of many film producers unless you’re in the film industry or a cinephile. It’s a better bet that you know the marquee names of the films he has enabled. Tom Cruise, William Hurt, Pierce Brosnan; these names might be more familiar and they’re all part of the productions that Bohan has contributed his talents towards. Gong is a key player in facilitating the collaboration of Hollywood and China’s film industries. With Kylin Pictures and other companies, Bohan has worked on multiple Oscar-winning films and delivered the kind of compelling stories that are captivating regardless of one’s geography and culture. This newly burgeoning association has already proven itself beneficial to both the professionals who create these films and the public who hungers for them. Still, expanding this territory requires navigating the laws of both countries and the operating structure of the insdustries themselves; something which Bohan has continually proven himself adept at managing.

The Mel Gibson directed Hacksaw Ridge is the story of Medal of Honor winner Desmond T. Doss, a conscientious objector who served at the Battle of Okinawa and saved many lives. The recipient of two Oscars, the story depicted bravery in union with opposition to taking the lives of others. As co-executive producer, Bohan researched and created a marketing strategy for this film that appealed to the Chinese market and resulted in its status as a massive success. From obtaining the legal obligations for displaying the film to analyzing the data concerning its release, Bohan was the springboard to this film’s embrace by Chinese audiences. Gong repeated this for the Tom Cruise film American Made, based on the true story of an American pilot who smuggled for government agencies. As lead producer for The King’s Daughter (starring Pierce Brosnan and Oscar-winner William Hurt) Bohan negotiated distribution with companies including Disney, Fox, Universal, SONY, Open Road, and others. Additionally, he oversaw the 2D to 3D transfer work that took place between LA and China based companies. His varied responsibilities, which often require a comfortability in both languages and decorum of America and China, confirm that this producer’s talent is matched by his ability to work easily in different environments with professionals of vastly different backgrounds.

As the world becomes an increasingly smaller community, international collaboration and films about the mixing of cultures become more popular. 2016’s Birth of the Dragon tells the story of the iconic Bruce Lee. Recipient of the Golden Angel Award at the Chinese American Film Festival, this feature film amassed a loyal audience in both the US and abroad. As producer on Birth of the Dragon, Bohan returned to a familiar role of facilitating interactions between filmmakers and foreign markets. His most recent work with Kylin Pictures is producing on the upcoming feature film Shanghai Sojourners. Notably, Bohan helped secure the acclaimed Nick Cassavetes (The Notebook, My Sister’s keeper) to direct. The film is a love story of a man and woman from different cultures set in World War II Shanghai

Streaming films have become much more than a safety net for the industry, it has provided a viable means of supporting filmmakers. Hits in the Chinese market like Los Angeles Kidnapping (seen on China’s iQiyi) and Hot-Blooded Youth (available on the Youku streaming platform) have received millions of views. Both of these films share the common point of having Bohan Gong as the producer. It’s essential for the viability of the global film industry that the most accomplished of professionals like Bohan take part in a variety of productions. Delivering exceptional stories on any platform gains the trust of audiences and ensures that a great story is always that…simply a great story. Across international borders and across different platforms, great talent produces loyal audiences.