Recognized as an influential storyteller with tremendous success in the festival circuit, acclaimed Writer and Director Adrian Prospero can be described as a young Ridley Scott; a filmmaker whose sole focus is on his craft and in getting the job done- and done right. This preeminent Australian director has made himself indispensable to the industry by crafting films that are uniquely his.

2018 has been a defining year for Prospero, having received glowing recognitions from festivals all around the globe including the Los Angeles Film Awards and the Berlin Flash Film Festival.

Adrian Prospero received great acclaim in his film “The Hunt” about an absentee son attempting to reconnect with his father by going on a hunt for a beast that no one believe exists. Prospero showcased his capabilities in building suspense in this drama that leaves the audience at the edge of their seats. The film earned the Best Australian Film Award at the prestigious Canadian World International Film Festival which recognizes the very best of world cinema with submissions from over 90 countries around the world. 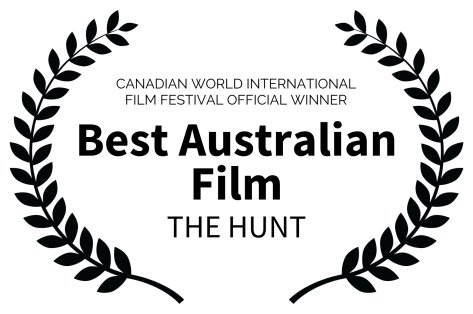 “The Hunt” was also recognized by the Accolade Film Festival, a festival celebrated by Movie Maker Magazine as one of the Top 25 Festivals in its category, and was a finalist at the New York Film Awards. For his screenwriting, Adrian was recently a finalist at the Ojai Film Festival in recognition of his compelling script for “The Marketplace,” a highly anticipated project which will continue to build Adrian’s impressive reputation.

Prospero’s dedication to his craft can be seen through his investment in himself as a filmmaker, having qualifications in Film Production, Marketing and Accounting. This explains his great ability in keeping productions within budget, and being able to excel in the festival circuit due to his deep understanding of what sells to an audience. In addition to that, as an esteemed member of the DGA, Prospero has also invested in various Masterclasses and have taken several short courses in directing, screenwriting and photography in order to become a well-rounded filmmaker.

The distinguished writer and director admits “I see great value in investing in yourself in order to become a better version of what you currently are. You are your greatest asset and you should always seek to improve yourself”.

Prospero also takes pride in his multitasking abilities which allows him to take on several projects at any one time. He explains “multitasking allows me to explore my creativity in various platforms. I can be directing a narrative film that demands creative storytelling while also direct a commercial that utilizes creative problem solving. It provides me a balance in my work while harnessing all facets of my abilities and also keeps me on my toes.”

The Australian native began his career in directing television commercials, and have since worked with successful Australian service industry companies like RAC, Novotel, and the multi-billion dollar company CBH Group which is Australia’s leading and largest exporter of grain in which he travelled through the West Australian Wheatbelt for two weeks, capturing stories of the communities and their community service projects.

It is noteworthy to mention Prospero’s directing style in commercials that leaves fellow directors in awe as he is able to engage an audience with excellent use of motion and fluidity in his shots whether through the blocking of actors or camera work, or a combination of the two.

When asked about his recent work, Prospero was ecstatic to talk about his directorial work on the Australian workplace comedy mini-series “Unrealty” in which he directed all seven episodes. “It was a really rewarding experience directing for a comedy series as it demands a different kind of skill set and challenges you as a director to trust your actors and your gut, and to really just dive into it”.

“Unrealty” is an excellent example of Prospero’s attention to detail in regards to using colours to his advantage. The use of primary colours in the show emphasizes the series’ fictitious and comedic elements, and serves to distinguish characters from one another. The use of symmetry and dutch angle shots are also unique and serves the story well.

Prospero’s ability to tell a wide range of stories is impressive, ranging from horror to comedy, and more documentary oriented stories of human nature and experience. Shifting between genres can be challenging, but seems to be second nature to this seasoned storyteller who has been in the industry for over a decade.

Often the director of the films that he writes, Prospero focuses on each film’s particular needs and has the advantage of understanding the film to its core. “Being a writer and director of a film allows me a creative independence in what I want to convey to the audience. It is a wonderfully surreal intimacy which grounds me in keeping an honest conversation”.

His tenacity in the film industry goes beyond writing and directing as Prospero also plays a critical role in the company Stareable, a platform that seeks to connect web series creators with their audience. Stareable currently holds the title of the largest community of web series creators.

Adding to his already impressive CV, Prospero has also been held to high esteem by becoming a judge in film festivals such as the International Hollywood Short Film Festival in Los Angeles, California and the Jackson Hole Film Festival in Wyoming, USA. “It is an honour to be a judge in these festivals. There are so many great stories out there, and to have the opportunity to watch all these incredible films and judge them- it truly is a gratifying experience, one that I do not take lightly.”

Prospero further acknowledges that being a judge for these films can be a very educational experience as it forces you to break films down into various components and to analyze each aspect individually like story, cinematography, sound, and editing in addition to viewing it as a whole.

Being compared to Ridley Scott is most certainly daunting, but Adrian Prospero is definitely up to the challenge. His work demands attention, and he has definitely been successful thus far. He is thrilled to continue living his passion as a writer and director and we are excited to see what’s next for this notable Australian filmmaker.