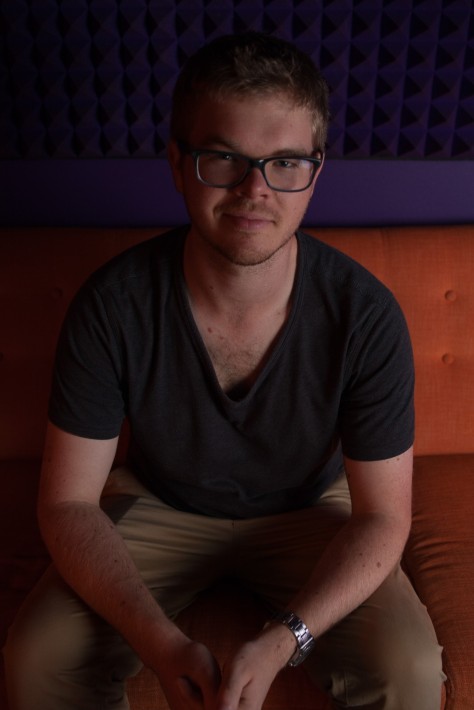 Composer Jayden Lawrence has always embraced the path less traveled. While it hasn’t always been the case that this leads to success in the film industry, advances in digital media distribution, streaming services, and overall music recording technology have led to a diversity in the industry which has created numerous opportunities for him. Both traditional film and more contemporary mediums have benefited from Jayden’s talent. Feature films, documentaries, shorts, and many other types of productions have included the musical contributions and enhancements of this composer. He’s known for an eclectic palette that encompasses everything from symphony orchestras to Hip-Hop to just about anything you can think of. A major reason for his success and popularity among filmmakers is because he is a listener. His approach is best stated in one of his favorite quotes from jazz trumpeter Miles Davis. The be-bop icon stated, “It’s not the notes you play, it’s the notes you don’t play.” More specifically put in regards to Lawrence’s compositions, he often sounds different because he isn’t trying to announce his prowess as a composer but rather focuses on only what will complement the action on screen, whether it be marching parade drums, a string section, or a modern grooving dance beat. Lawrence’s score to the film Silent Night is shining proof of this.

The film Silent Night takes place in Australia. The year is 2036 and the government has imposed a system purging anybody considered undesirable or a burden to the society. In the opening scene, a woman gives birth under the supervision of a nurse. The infant’s DNA is tested for any signs of illness or “detrimental” conditions and when a positive result is received, the child is taken away amid the mother’s wailing. This sets the dark tone for the film. Much of the story follows the perspective of Carly, a different Nurse at a purgation clinic. Her duties are to process and see out the purgation of individuals who are admitted to the clinic, having been deemed a burden or risk to the advancement of the race and population. A series of different “victims” are seen being euthanized in a chemical bath. These range from elderly homeless people to young children with infirmities. Videos play on a screen to distract these victims until it is too late. All the while, Carly struggles with her role in this culling of society. There’s a none too subtle statement about society’s indifference and paranoia as it relates to those who fall outside the fortunate “mean.” The tale is disturbing and applicable to virtually all cultures and geographic locations. Lawrence’s score is the nail which allows this picture to hang on the wall for all to see. His emphatic musical “hits” force the audience to turn in the direction that the filmmakers who created Silent Night wish the audience to observe.

One of Jayden’s most important contributions on any film is his focus on individual characters and the ability to make their emotions and motivations have an audible presence on film. While it’s a major part of what he does, he concedes that it’s not always a conscious decision on his part. He often watches the film and is intuitively inspired by it to manifest an emotional counterpoint in the music. This is where his familiarity and being well-versed in different styles and instrumentations pays off, giving him a greater pool of musical options to pull from. In Silent Night, the score is primarily composed of a string ensemble which is used to represent the story world and most importantly, Carly. As an ensemble, a string section is one of the most versatile instruments available in terms of range of pitch, dynamics, mood-setting, and articulations allowing for textural techniques like tremolo, trills, flautando, harmonics, and more. The composer describes, “Carly is portrayed to be quite a warm & caring personality but juxtaposed with the harsh grittiness of using razor blades to inflict pain and cut herself. I wanted to add an element of fragility to Carly, and highlight the pain she is going through so I incorporated a bit of ‘edginess’ into the tonality of the strings and used techniques such as tremolo to represent the fragility and inner turmoil she was experiencing. The strings are also used to bring a softness and warmth to Carly’s character, most notably towards the end as she is deeply touched by what is happening with the young boy.”

Creating a film, any film, is no small feat. The finances, schedules, and most importantly the desire to do great work can often mean working under a considerable amount of stress while being expected to deliver emotional performances. Even for a composer, often in the studio alone, the demands are great. For Jayden, it’s not a matter of if the pressure will come (that’s a foregone certainty) but how you handle it when it does come. Keeping a cool head about things is absolutely essential for a career in film scoring. Tight deadlines and team dynamics are not always pleasant. This digital age has brought with it enormous flexibility when it comes to media creation but it has also thrown the concept of a “final cut” out the window. Spontaneous last minute changes by someone in the production line necessitate momentary flexibility. When it comes to scoring a film this can mean considerable alterations. In the end, a composer’s job is to serve the film, whatever the demands. This often means creating at the highest level while ensuring the environment is copasetic. Silent Night producer Danielle Reston professes Lawrence’s exceptional abilities on all these points stating, “Working with Jayden on Silent Night was the best experience a producer could hope for. From the first spotting session he was already throwing out ideas and it was clear that he understood the director’s vision. Jayden and I had worked together previously on a film called Oedipus which met some complications during the post-production stages that resulted in a complete re-edit of the film; a composer’s worst nightmare! Jayden simply embraced the change and took it in his stride, delivering a fantastic and memorable score. Unsurprisingly, the score to Silent Night was no different. It created the right amount of tension, despair, and impact that made the film tug that much harder on the heart strings. Jayden’s music has a craftsmanship about it that is not always present in film scores. It was this craftsmanship that ultimately helped propel Silent Night into the success that it has achieved.”