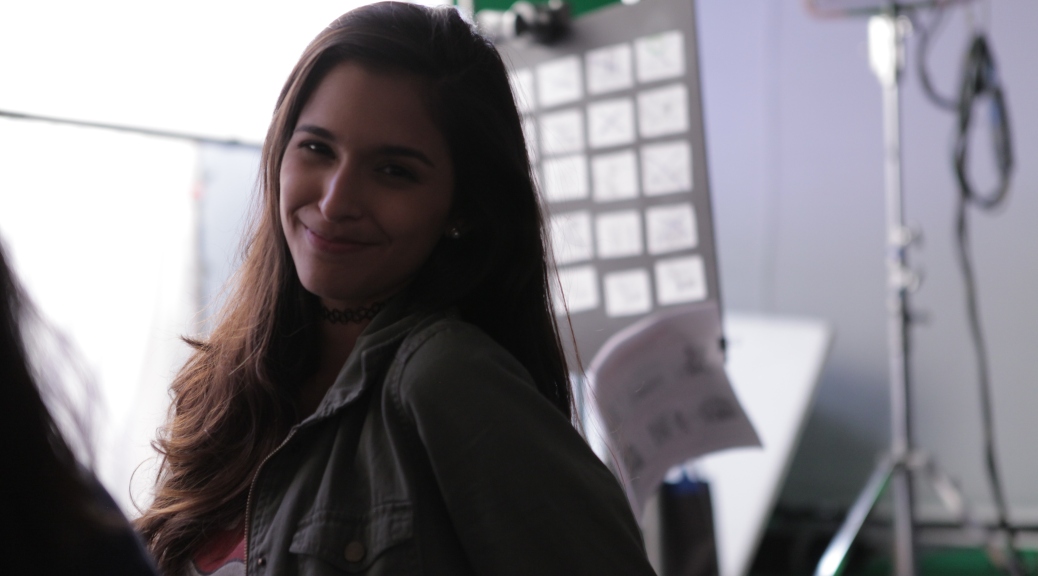 Despite having an interest in the arts from an early age, Ana Lossada never really thought she would have a future in the field. As a child, she enjoyed drawing and painting as most children do, but she also enjoyed sports, dance, and playing with friends. Creativity was an instinct for her, she was never conscious of it. As she began to grow, her other interests slowly started fading away, but art was her constant. She started to realize that she could pursue a career in the arts and do what she loved every day. It was this realization that changed her life, and now, as an internationally sought-after motion graphics designer, she has never looked back.

“As a kid, I never really saw it as a ‘this is what I want to do when I grow up’ type of thing. Doing creative things simply came to me very easily and effortless an. Besides being the artsy kid in school, I have always loved watching cartoons and also movies filled with action, sci-fi and a whole lot of visual effects. These tendencies worked out, as my art interests led me to pursue a career in the digital media world,” said Lossada.

Throughout her esteemed career, Lossada has worked with some of the world’s most well-known production companies and television shows. She recently collaborated with Disney to create the opening theme for the new show Raven’s Home, a spin-off of their older classic That’s So Raven. Premiering earlier this summer, the opening garnered a lot of media attention, and Lossada’s work is a large part of that. A similar experience occurred with Lossada’s work on the opening of Netflix’s hit show Atypical, where Lossada perfectly captured the autistic main character’s tendencies and feelings in her work. All that work alongside the designer are impressed with what she can do.

“Throughout my career I have worked with many talented designers and no one comes across like Ana has. Not only does she have amazing technical skills when it comes to handling computer software, she has a natural ability as an artist and illustrator. She is incredibly dedicated and gives her best in every single project. Her hard work will lead her to an incredible career,” said KA Batcha, who worked with Lossada on The Walking Dead: The Journey So Far, a thrilling recap of the first six seasons of AMC’s iconic series The Walking Dead.

Despite such success, one of the highlights of Lossada’s career is her work with Disney Jr. on their “Be Inspired” spot. The concept of the project was to encourage children to live healthy active lifestyles with promotional videos showing easy exercises that kids can follow along with, designed in the setting of the Disney classic The Lion King. The project was an immense success, and at only 23, Lossada showed one of the largest and most renowned production companies in the world, Disney, that she was extraordinarily talented.

After the success of Be Inspired with the Lion Guard, Disney wanted to team up with Lossada once again, this time with the spot Be Your Best with Miles, featuring the character Miles from Miles from Tomorrowland, a popular children’s show for the network. This segment is a 2-minute spot in which cartoon Miles and “real” Miles are compared side to side, teaching us how to live a healthy lifestyle by following a healthy diet and exercising frequently.

“The way children eat from a very young age impacts their growth and health throughout their childhood, and for the rest of their lives. A healthy diet and good nutrition are critical in preventing some of the issues and illnesses that are caused by bad nutrition, such as nutrient deficiencies, poor bone health, increased risk of injuries, poor academic performance and increased risk of eating disorders. Teaching children how important a healthy nutrition is and also the importance of a vigorous fitness routine throughout their childhood years will lay a base for a healthier and fulfilling life,” said Lossada.

The music video with exercises are currently being aired on Disney Junior worldwide. Each exercise video has over 60,000 views on YouTube alone, and the music video “Teke Ruka Teleza” has over 250,000. Such success could not have been possible without Lossada’s contributions.

Working with her team at Big Machine, Lossada helped design and animate the main title for the spot. Additionally, she needed to create modern and stylized split-screen graphics for the spot and also a UI/UX interface graphic that explained what audiences were seeing on screen. She did all this using her own unique style, as she is known for her distinctive artistry. Her artwork speaks strongly to people, and with Be Your Best with Miles, it has resonated with children around the globe.

While creating the video spots, all of Lossada’s skills were put to use, from designing to illustrating and even animating. Not only was she leading the team, but she was also working on the live action set as well, ensuring her graphics would perfectly transition with the live footage.

To generate ideas and inspiration for the project, Lossada watched an episode of Miles from Tomorrowland. Upon doing so, she noticed there were many simple shape designs in the show, primarily hexagons. This is therefore the primary element seen throughout the whole Lossada’s work on Be Your Best with Miles. She used it for overlay shots, for example the scene where Miles analyzes a breakfast kitchen, for transitional designs between live-action Miles and character Miles, and lastly for the split screens where they are seen together. Such attention to detail is what makes Lossada one of the best, and while working on Be Your Best with Miles, her co-workers were able to see all of talents really shine. Not only does she have the technical skills when it comes to mastering any software, but she also possesses the innate natural ability to design and illustrate.

“Working on Be Your Best with Miles was very fun. Mainly, because we had to find activities and exercises performed by the live-action Miles and compared it to the 3D character Miles,” said Lossada.

No matter what she takes on, Lossada puts everything she has into her work. This is not for the accolades or awards, but for a passion for what she does. She is a perfectionist in the best way. When people enjoy what she has produced, she knows she is doing what she was meant to do.

“I take a great deal of pride in my work and do everything I can to ensure every aspect of each project I touch is perfect, so it truly means a lot when people acknowledge the quality of my projects.  Seeing the look of astonishment on their faces as they wonder how exactly I animated and designed these various projects makes all of the hard work worthwhile. I have always believed that the entertainment industry, particularly the creative side of the business, can convey powerful emotions and messages. It is my goal to use my knowledge and skillset to bring these feelings and experiences to the general public and leave an everlasting mark on the industry,” said Lossada.

She is already well on her way. Watch Lossada’s tremendous work in Be Your Best with Miles here.