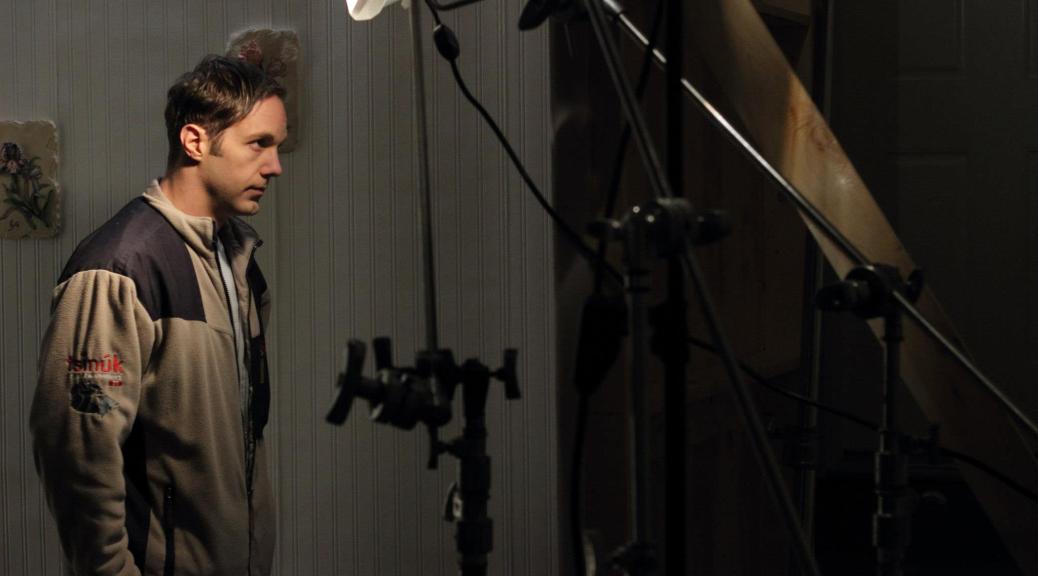 Troy Greenwood has many talents; producer, writer, actor, etc. While he may not truly accept it, poet and artist should be mentioned in the same breath. His film Faded Image is as vulnerable, heart-wrenching, and inspiring as any of the great poems of literature. The film seeks to reveal, relate, and give respite to those who experience or come into contact with those who experience depression. The public’s understanding and acceptance of the validity and presence of mental health has grown considerably in the last decade, often as a benefit of the work of artists like Greenwood who help others to peer into the invisible “virus” that effects and overwhelms our fellow citizens and family members, often directly in front of us. Faded Image was an official selection at the Covellite Film Festival as well as the Bare Bones festival 2017. As someone who has dealt with the challenges in his personal life like clinical depression and leukemia, Troy is able to communicate the internal perspective that so many silent individuals struggle with on a daily basis. Because he is a lauded and respected member of the film community, Greenwood is able to present these feelings in a way that makes them palpable to a wide audience. Good films allow us to “see” the emotions on the screen, great ones allow us to “feel” them; and Faded Image is a great film. The two drastically different scenes relate the mental state and the ability of all individuals to choose which of these to gravitate towards. As the dialogue of Faded Image states, “Find shelter in the simplest of things that bring us joy. Dance, cry, sing, laugh…even when it hurts and know that you are never alone.” Poetry. Hope. Art.

To suggest that Faded Image is a life-long endeavor is completely accurate. The writing of the script has been a decades long process for Greenwood. While the majority of those who battle depression avoid the help that could be given them due to some antiquated sense of inferiority or shame, it takes an artist like Troy to run headfirst into the fray and reveal the most personal and vulnerable parts of himself. This is partly due to a desire to help and inform others and also as a self-enacted form of therapy. Therapy happens in stages and can sometimes take a lifetime to achieve the progress necessary to cope. Greenwood began creating the script for Faded Image two decades ago. He reveals, “I wrote the first half of the script during my teens when I was first diagnosed with chronic depression. Battling through dark times and dark thoughts it can almost feel like you’re detached from yourself, unable to feel, and the dialogue of the first half of the script came out of a piece I wrote talking to myself as an outsider about the way it feels to be at the end of your rope – suicidal. I then thought about what I might say to myself in those darkest of moments to get myself through, and that formed the first incarnation of the script, nearly 20 years ago. I returned to the piece at numerous points throughout my career, tinkering with the script, mostly updating or revising the second half of the script, and how my thoughts had changed about what I might choose to say to myself to get through. It wasn’t until I started collaborating with Film Acting Fight Club that the idea came back in earnest to film this project. It had been several years since I looked at the script but I brought it in to the group for a reading. The feedback I got from the group was great, and I went about rewriting a draft of the script.” The first half of the film, which was written in Troy’s teen years, takes place in a bathroom. It depicts a teen contemplating, and to some point, attempting his own suicide. It is painful to watch. The lack of color translates the lack of interest and stimulation that someone suffering from depression receives from the world. This myopic outlook is unavoidable in the same way that someone dealing with pneumonia cannot resist a cough. The second half of the film depicts the same person, now an adult who has persevered and now possesses the wisdom and ability to speak to his younger self about the trials he has faced. The man’s age has also taught him the ability to do that most difficult thing, take one’s own advice. The setting for this second half of the film is a summer’s day surrounded by color and light…and hope. A young girl plays in the park, alluding to the hope that blooms in the future. 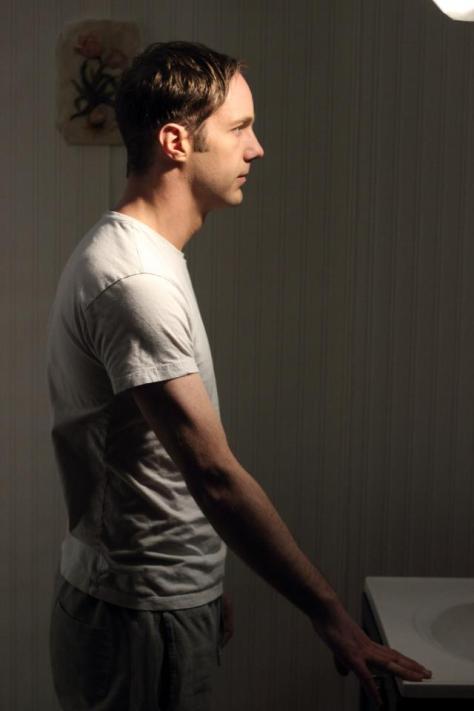 If writing this script was the act of writing a speech, filming and releasing it was the equivalent of reading the speech aloud at the city square. Troy confirms that the technical part of filming came with its challenges as well. He notes, “I knew the constraints of an enclosed space [bathroom scenes] would make it nearly impossible to get the angles I needed to bring my vision to life, so we built a set and shot the first half of the project during the winter. After finishing the first half, the second portion was much easier as it just required waiting for the weather to clear in order to shoot in the summer. The sunny park and the winter indoors are obvious metaphors for the winter and summer of our lives and proved incredibly apt. The finished piece has been very well received. It is my desire to donate the film to health and support groups as an educational and/or promotional tool for discussing the issue of depression. Too often, we struggle in silence, and I would hope this film might shed some light on that and at least open up some conversation about an issue that I think affects a lot more of us then we admit.”

The entire film is a voice over monologue, which lends itself to the idea of the viewer being inside the mental perspective of Faded Image’s main character. This facet also makes the cinematography more vital than normal. Troy is adamant that the talent of his DP Chris Bragg helped him to so accurately portray what depression (and the release from it) feels like. Bragg comments, “Faded Image was a unique and interesting project to work on. It was clear that Troy had spent a long time with the idea and script to know exactly what was needed. The bathroom set was painstakingly built to allow for specific angles and it really opened up possibilities for me as the cinematographer, like the tight close-up over the sink, or the slow move up and around his shoulder. The final piece is a raw and engaging piece that grips you and leaves you pondering it well after viewing.”

Faded Image contains many possible motives. It can entertain, inspire, inform, help…the specific reasons are not completely obvious. This is an unexpectedly endearing quality for a film. Void of outcome attachment, the audience is able to take something personal from the production. Greenwood relates, “Inspiring people can drive people to create change in the world (that is a help), and films that help are often sources of inspiration for people. If anything, I’d say in all of my work my aim is get people to see things from different perspectives, to offer insight perhaps into why someone acts a certain way or question what ‘equality’ or ‘justice’ or ‘truth’ means and in doing so get my audience to investigate their own views on various subjects. I guess the best way to put that would be to say, my goal in all my work is to investigate and illuminate humanity.” 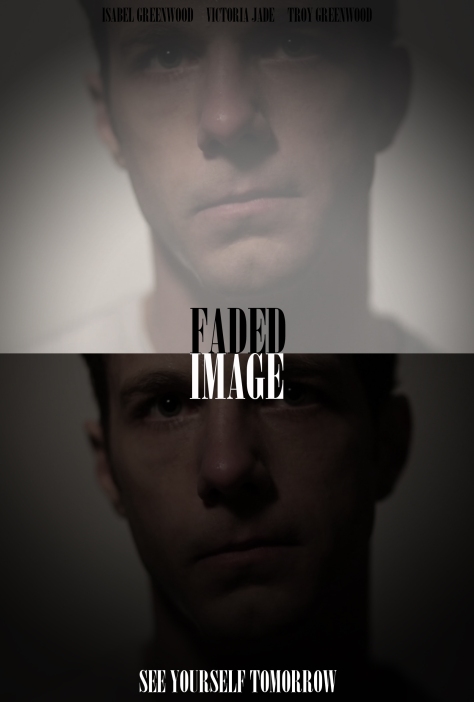