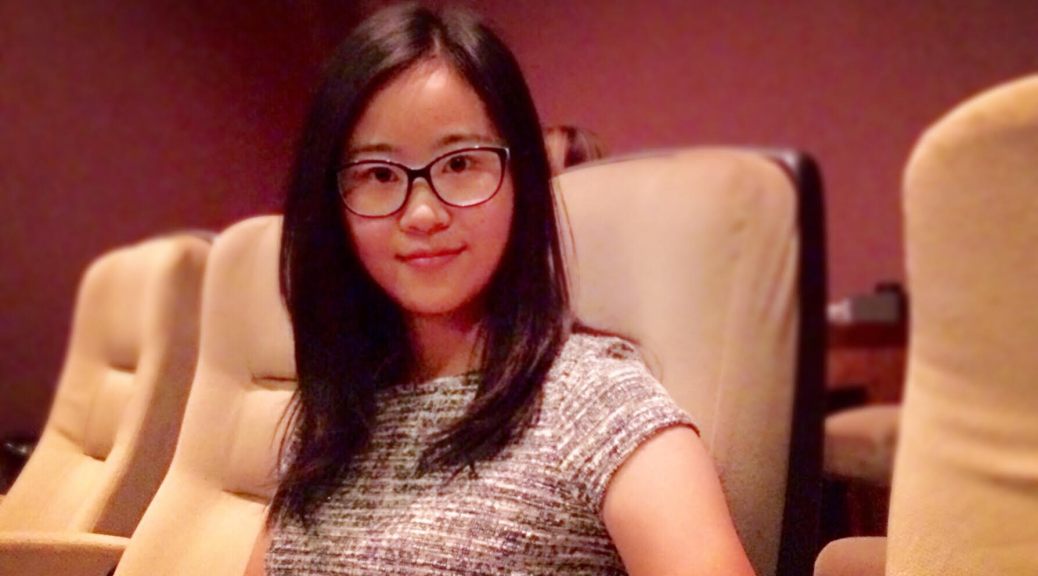 When Jinming Zhao began making the film Stand Up, she knew she would be making a film that inspired audiences. What she didn’t know was that making the film would inspire herself and her confidence in her abilities as a producer as well.

Stand Up is the story of a quiet teenage girl who has trouble processing her emotions at her beloved grandfather’s funeral, until her evil father comes for the heritage. The idea for the film came from Zhao, who was convinced to make it perfect.

“It was really good experience,” she said. “It’s nice to get the chance to collaborate with so many talented people.”

“It’s amazing,” said Zhao when describing what it was like to when the first Audience Award. “When I got a trophy for the first time, I sent my mom a picture, and she said she was proud of me. That’s a moment I’ll never forget.”

The awards were well deserved. Zhao had to work harder than most to achieve what she did, and overcame the challenge of being stereotyped against while producing the film.

“I found a perfect house with reasonable price but when I talked with the owner for the first time, she didn’t want to talk about it at all, and she thought I didn’t look like a producer at all, because I’m an Asian small girl. She didn’t treat me seriously. I was hurt by that experience, but I didn’t give up because I wanted the house,” she said.

Zhao was relentless, and went back to the house a second time, with more confidence and a prepared statement. The visit secured the location with no issues.

“I told myself that I’m an independent, talented, smart, and strong woman, and there’s nothing I need to be afraid of,” she said.

This sentiment resonates with whoever she works with, as Zhao is recognized as a truly talented producer amongst collegues. Guannan Li, who worked with Zhao on Stand Up, attributes the quality of the film to Zhao.

“I am certain that without Jinming’s irreplaceable talents as a producer, the film would not have maintained such a high quality. She is a creative and talented producer, and we were entirely fortunate to have included her on the film,” said Li.

Zhao also worked with director Jun Xia on Emily, who approached her about working on the film.

“She is a creative powerhouse that we were very fortunate to include on our film, and I wholly attribute much of our success to her leading contributions,” said Xia.

Zhao had never worked on a horror film prior to Emily, and when she first read the script she was hesitant to accept the role of producer. However, the opportunity to work with Xia changed her mind.

“We worked on the script together and came up with a great story,” she said.

The success that Emily received prepared Zhao for a future full of success, but working on Stand Up gave her something even more valuable for her producing career.

“I learned that if I want other people to respect me, I have to respect myself first. I understand that to be as a foreigner would face more problems than local people do, but I have confidence and capability to overcome them,” she concluded.