Elena Ioulianou is a Greek South African. She was born and raised in Johannesburg, South Africa. Like many of us, she had a dream. It may not have seemed practical to her parents, who encouraged her to pursue a business degree, but despite this, she never gave up on it. She always loved performing and filmmaking from a young age. Now, she is an internationally successful producer with Milk and Honey films and Milk and Honey Pictures.

Throughout her school career, Ioulianou was very involved with drama and performing arts. She performed in every school play and loved being on stage. Her passion to perform was very evident. When she finished high school, her parents advised her to obtain a degree before pursuing anything arts related.

“I have no doubt that my parents believed it was a phase and that it would eventually pass, at least they hoped,” she said.

A phase it was not. Ioulianou attained her Bachelor of Commerce in Economics and Econometrics at the University of Johannesburg, but she knew her passion still was with filmmaking. She then chose to attend Reel Edge Film Academy, and her life changed.

“During the course of my first year I fell in love with ‘behind the camera’ work. Every minuscule technical detail and little creative elements became my whole world,” she said.

During the course of my studies she became more and more enthralled by the business side of film, and realized her future was in producing.

“I never thought I would use the financial side of my econometrics degree but turns out it came in handy,” she said. “My dream career was now vivid and complete. I was going to be a financial and creative producer.” 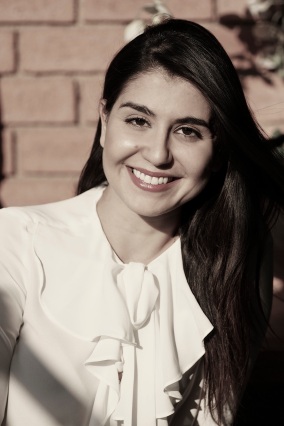 Success has since followed Ioulianou. She worked on major South African campaigns for 1:Face Watch, the electoral IEC Cool Campaign, and the human trafficking PSA Ruby’s Story. She has worked on commercials for Land Rover and many more. Early in her career she worked on the series The Message. She also worked on the PR of the film Little One, which went on to be the South African selection to be nominated for an Academy Award, and recently worked on a film with Studio 4 with Oscar-nominee James Franco. Now, she is a producer with Milk and Honey Films in the United States.

“Elena has a background in financial analysis. This combined with her unique international network throughout LA and South Africa makes her a formidable asset to any production,” said Tomas Krejci, the CEO of Milk and Honey Films. “When I learned she was interested in coming to Los Angeles, we discussed what she had done. Her extensive experience in feature films and commercials in South Africa is impressive and that caught my eye. She clearly understands the very complicated ins and outs of production budgets on wide-reaching scale.”

“I have a long way to go and there is still so much I still have to learn. My biggest challenge is trying to remain patient with myself while building my career. It’s not easy, I try as best as I can to learn from and absorb whatever guidance industry professionals are prepared to give me and then I actively take strategic steps towards reaching my goals,” she said.

Ioulianou has relocated to Los Angeles to work with Milk and Honey. However, they will be opening up a Cape Town South Africa branch, which she will be heading along with the Los Angeles Branch.

“What attracted me most to this career path is my belief that film can express anything. It is a secondary reality that can move one emotionally and open one’s eyes to new ideas, exposing the viewer to a different perspective on life. Film is like most forms of art; first and foremost, it is about expression. It is a collaboration of creative ideas and technology to create the finished product that will captivate others. I can think of nothing more exciting than that,” she concluded. “For me, a producer is the heart of any production.”