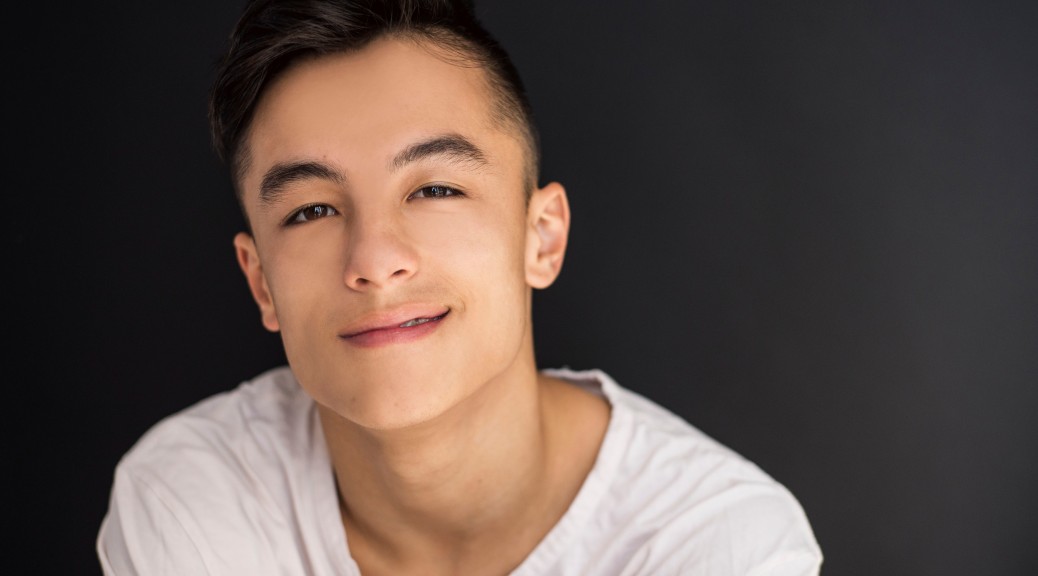 Keanu Uchida has been dancing since he was four years old. At that age, it is easy to do what you are told, and not what you love. But for him, that was definitely not the case.

Uchida was born and raised in Ottawa, the capital of Canada, and is now known on both the stage and the screen as a dancer. He has been recognized on an international platform, and has been awarded for his abilities. However, he does not dance for the recognition he now receives but rather because it is his passion. “Wherever life takes me I will always turn my gaze to dance and to what it offers me. For me, that is what pursuit of a life in dance consists of,” he said. “I don’t think there was ever a formative moment leading me to pursue a life in dance. Rather, there may have been a gradual realization that dance cannot ever cease to be part of me. Everything varies, especially my understanding and appreciation of dance. But what doesn’t is its consistency: it has always offered a safe headspace, an escape from reality, or what I perceive to be real for that matter. I’m always guaranteed a fresh slate of exploration and a resultant discovery process when I dance.”

Uchida’s first performance was at the age of five, when he began his journey into competitive dance. Since that time, he has had many achievements. In July of 2011, Uchida was awarded the title of Teen Male Dancer of the Year at the American Dance Awards. This international dance title competition was held in Boston, Massachusetts and congregates title winners from across the USA, Canada and South Africa. The dancers engage in an opening number choreography and are judged in audition classes before the Teen Title evening, where each dancer has a chance to compete his solo. Uchida was crowned at the end of the night for his unique Charlie Chaplin inspired solo “Charlie”. As a winner Uchida was invited to be featured in the title winner opening number the following year. He also participated in the collaborative group dance highlighting the 2011 Dancers of the Year.

Uchida’s affiliation with The Dance Awards has brought him many opportunities. It serves as the international summer event for JUMP, NUVO and 24/7 Dance Conventions. Hundreds of winners from the regional events of these conventions met in NYC to compete for the “Best Dancer Competition”. Uchida competed in a week of heavy audition process, opening number rehearsal, improvisation and solo performance. After a first round of performances he was invited to compete in the top ten solo improvisation competition. He was then selected to be among the top 3 senior males, all hailing from Toronto, Canada. After one last performance, Uchida was awarded the title of Senior Male Best Dancer on the final gala evening. Along with a $1500 prize, he was invited to tour with the regional conventions the following year. He was given the opportunity to tour with many of the most recognized choreographers in the industry, to name a few:  Travis Wall, Mia Michaels, Mandy Moore, Sonia Tayeh, Stacey Tookey, Jason Parsons, Lauren Adams, Teddy Forance, Nick Lazzarini, Misha Gabriel and Al Blackstone.

“Dance is my medium to explore as a dancer. You are able to reflect on everything as you would regularly. You dance out of joy, through the sorrow, you dance to question and to speak out. I’m fortunate to dance because I can feel a lot of ways and not need the rhetoric to convey,” said Uchida.

Last spring, Uchida had the opportunity to play a vital role in the workshop process of the new Toronto original equine production Dancer. Mounted by Cats producer Marlene Smith and John Mckellar, this musical features some of Canada’s most talented contemporary dancers and internationally recognized artist Stacey Tookey. Uchida was casted as Northern Dancer, the principle of the performance. The show is expected to debut during spring 2017 at Toronto’s Elgin Theatre, one of Canada’s most revered performance locations.

Despite this, one of Uchida’s all time performances was a personal creation, his solo entitled Spark.

“For this I put together a musical piece with my percussion skills and then filtered the music with movement. To perform this dance was incredibly personal and empowering. It was a then-and-there reminder of what it means to be a dancer and why it can never cease to be part of me,” he said.

Uchida’s career has been filled with success. In 2013, he was asked to attend the Juilliard Summer intensive, which he describes as one of the best experiences to date.

“Forty-four dancers were selected to participate in this three-week experience. I was the only selected Canadian. Every morning we were lead through a ballet or men’s ballet, and modern class, followed through with anatomy, music, improvisation technique, yoga, partnering, and given a chance to work with a selected choreographer in the evening to create a ten-minute work,” he said. “The talent and the assortment of knowledge and experience among the dancers was riveting.”

Jason Parsons, choreographer and teacher at the international Nuvo Dance Convention, believes that Uchida’s fearlessness, curiosity, and humility make him a fantastic dancer: “I like Keanu for his work ethic, and for what he brings into the dance space as both an artist and mover,” said Parsons. “I’ve been fortunate to witness his choices and the development of his creative mind over time in my classes. I’m inspired to get the opportunity to work with such an open and inspired soul.”

JUMP choreographer and Capezio ACE award winner of 2015 Kirsten Russell has worked with Uchida both on and off stage, and believes he has outstanding abilities. “Working with Keanu is a privilege. He lights up any room with his humble spirit and positive attitude. I admire him for many reasons, but mostly because he is always putting forward his best possible effort no matter the situation. Never complaining, always listening, and extremely thankful for any opportunity that comes his way. I wish I could work with him more often, as he brings out the best in me while I am on the job. He is the definition of professional,” described Rusell. “Keanu began assisting me almost a year ago, and had never taken my class before he was dancing on stage with me. He not only adapts to choreography very quickly, but he also executes movement exactly how it’s given unless asked otherwise. Any correction given, he is the first to apply it. This fact alone makes him not only good at what he does, but extremely smart at what he does. He is one of the most talented dancers in North America, and anyone would be lucky to work with him.”

For Uchida, dance also acts as a type of therapy, helping him in tough situations.

“Despite the fluctuations of my life I am consistently able to come back to dance and, as mentioned, dance through it all,” he said. “I think the most comfort comes in that I always have a safe haven of exploration. I’m able to learn from the hardships and face them with dance.”

“I’ve gradually fallen in love with performance,” he concluded. “It makes me feel like no other; to embody, to reenact, to feel in front of an audience and share this stream of information is something quite special.”