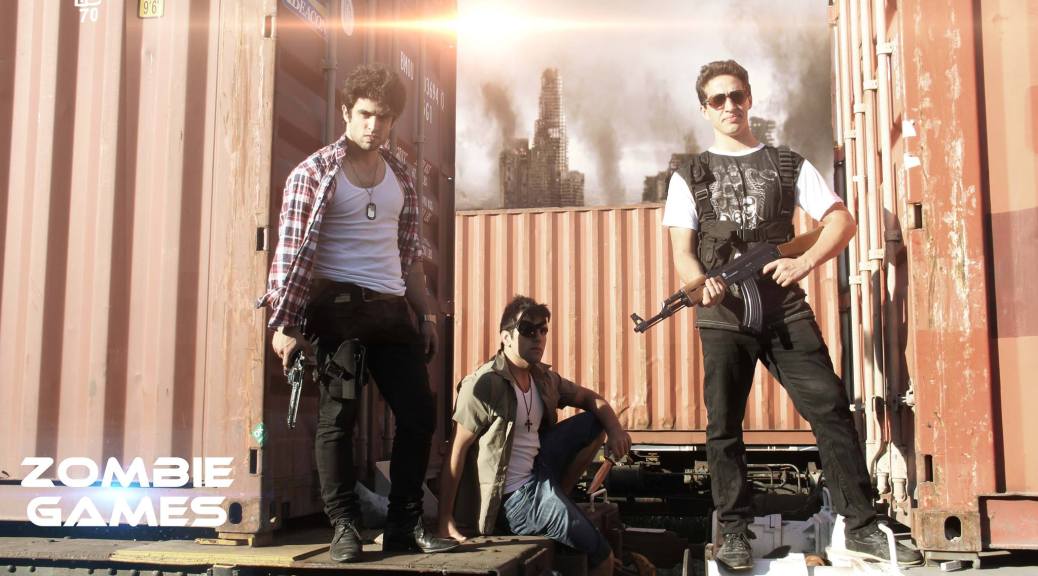 Imagine that you wake up hanging upside down in a tree, not knowing how you got there. You look down and see zombies. What do you do? Most of us have seen enough episodes of The Walking Dead to know how to handle the situation. You get down as quickly as possible, avoid the zombies, and try to find living companions to band together with in order to survive. Easier said than done…and what about that troubling amnesia? That leaves a lot of questions unanswered. It’s an interesting premise; part horror movie and part action film. These are the thoughts of Bruno Nunez Romagnoli when he decided to make his first film Zombie Games. Bruno wanted to film his first big project in his homeland of Argentina with a large cast and zombies are…well, popular for lack of a better word. He reveals, “It’s not that I’m the biggest fan of zombie movies. I’ve seen the films and television shows that most people have seen. I wanted to do something new with the genre. The premise is that of a zombie film but it is actually an action movie. The twist in Zombie Games is that it actually takes place in a videogame. It is a computer reality.”

Romagnoli plays the lead character Dennis in Zombie Games. In the tradition of Hollywood icons like Sylvester Stallone, Bruno not only starred in his first big film but he wrote and directed it. This is a herculean task to say the least, made somewhat more ominous by the fact that it was not planned. Romagnoli recalls, “I had studied acting and directing in my homeland of Argentina and I wanted this first film to be a big production. I had written it and planned on throwing myself heavily into the role. I knew that I would have to be in the best possible shape to be believable to the audience as a real action leading man. That was already daunting enough. It turned out that it was just going to work out better if I was directing because I had this unique idea in my mind and it was very difficult to describe the approach. In the end, it was just going to happen more efficiently and more accurately if I directed myself. Sometimes you have to bite off more than you can chew. I know that there are people who can act and direct at the same time without much difficulty but it was hard for me on this film. I had a second director on some of the shoots because there was physically no way for me to do both. That added a lot of time due to the long conversations between the two of us in order for me to explain how things needed to look.”

The biggest reason for the difficulty in having another director on Zombie Games was the original direction and the look that Bruno wanted. Zombie movies were everywhere but his movie would be at its core an action movie that takes place with the characters trapped inside a video game. Romagnoli explains, “The new approach to the film is that the character are basically trapped inside a videogame, a computer reality where the creatures are the zombies. The editing of the movie itself is determined by the videogame, the glitches, mistakes, holograms, technology; it is kind of a futuristic place. I wouldn’t say that is a horror film, it’s science fiction with action and adventure.” While many movies are creating video games from the premise of a movie to generate revenue, Bruno is reverse engineering this process. His original video game concept didn’t translate completely and he had to tweak some of his concepts. He confirms, “It was very hard to manifest all of the things that I wanted for the film. The first idea was to do it in the forest but with futuristic weapons to create a contrast but it didn’t have the exact look that I was going for.  I have to admit I changed the script about five times before I decided on the final version. Some things were changing while filming, but that’s normal for me because I like to improvise a lot.” One of Bruno’s costars in Zombie Games, Lautaro Bertoglio, was well aware of Romangoli’s tendency to be impetuous commenting, “, Bruno was one of the greatest partners I’ve ever had on set; we got each other’s energy so quick. The connection was powerful in front of the camera. He likes to improvise a lot. He really surprised me in one of the scenes. I was supposed to take a gun out of my bag and point it at him. He didn’t tell me but, he had taken it out of the bag before the scene started. Here I was in the middle of the scene and I was looking for my gun while the camera was rolling…in front of the entire cast and crew! Bruno whistled, I looked at him and he threw me the gun. The reactions were amazing! I was stunned with actual fear in my eyes. He loved it, so it stayed in the movie.”

Although wearing three hats on the making of Zombie Games was quite daunting, Romagnoli is certain that it is what enabled him to successfully achieve the goals he set out for the film. He reveals that, “In all movies you have a hero; the secret to a great lead character is the small details. My character was an antihero. You can see that he doesn’t treat people nicely, so how could the audience like a person like that? What you have to do is just add a small scene where you push the audience to like him. In Zombie Games I made Dennis an Elvis Presley fan. People like these small details. They start liking the character because they recognize something of themselves in him. I think it is also very important is to keep some parts of your character’s life a secret. When the audience knows your character completely they become bored. In real life you don’t know everything about another person; what their true motivation or intent is. Dennis knows how to fight against zombies but you don’t know why. You can see that he knows things about that world that we don’t.  Those details keep the character interesting. As a writer, keeping those things in mind helped me a lot to achieve the character in the moment of filming. If I didn’t have all of these perspectives, I might have pushed for something to be more or less obvious but as the writer/director/lead actor, I knew just how much should come out on camera to the audience. It added to the intrigue and suspense.”

Bruno Nunez Romagnoli is one of those young determined triple threat talents in the vein of Kevin Costner and the aforementioned Sylvester Stallone. He has vision, talent, and the determination to make films even when it seems impossible. It is perhaps most eloquently stated by another of his costars in Zombie Games, James Bonfiglio, in his remark, “The thing I can say about Bruno is that he has presence anywhere he goes. He also has a powerful voice. He can carry a movie on his shoulders without a problem. A lot of actors want to do that but not many can command your attention the way Bruno does. He can take it out and be a leader to the rest of the cast.” 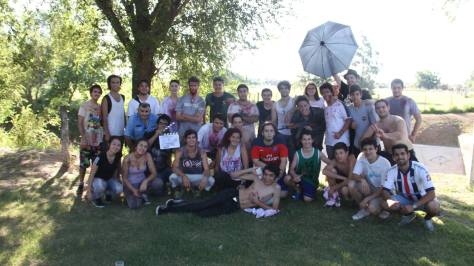