Director Merve Tekin is having quite a year for comedic films, and on Friday night, her short film Honey Pot made its World Premiere at Hollywood’s celebrated TCL Chinese Theatre.

“I’m so honored that we made our premiere in the Chinese Theatre. The theatre was full. Many of my friends couldn’t find tickets,” said Tekin. “Hollywood Comedy Short Film Festival made a great job by putting this event together.”

Honey Pot stars Mark Kelly, known for his role as Dale in Mad Men, and his starring role in the Duplass Brothers film The Do-Deca Pentathlon. Kelly leads the comedy as Frank, a lonely farmer whose only interaction with the female form is by artificially inseminating cows for a living. He proudly call himself “The Inseminator!”, the alternative name for the film. This is until he picks up the dippy blonde Donna on the side of the road, who is in need of some help. Frank’s loneliness and manly needs cloud his better judgement. Donna is played by Brianna Oppenheimer.

“Everytime people laughed out loud, Mark was gripping my hand to share in this happiness,” said Tekin. “It is a beautiful feeling to make people laugh. It is so nice to share those happy moments.”

“Shooting a comedy film is tough,” she said. But the challenges that Tekin was presented with seem minimal now, as Honey Pot has been officially selected for six short film festivals so far. These include LA Cinefest, The Texas Ultimate Shorts Film Festival, TMFF, UCLAxFilmFest, IFS (Independent Filmmakers Showcase), and The Hollywood Comedy Short Film Festival where the film premiered.

Tekin is no stranger to success, having directed more than 20 different television programs in her home country of Turkey. The last program she directed for over 600 episodes was titled Shopping Monster, which was sold to 22 countries around the world. Her first feature film, Yes, It Is a Camel, is also set to start production later this spring.

“Merve is the director you dream of as she knows what story she is telling, and demands with a nourishing touch at getting that story told, all the while trusting the actor for giving his or her input as well,” said Kelly. “Merve handled the challenges of a tight schedule and budget with grace and fed me and the other actors with all the food we needed to tell the story. She also had the capacity to roll with needed choices that allowed us to tell her story under fire.”

Calli Ryals, known for the feature film Stick It, starring Jeff Bridges, as well as her work in sketch comedy with the world-renowned Second City, also wrote, produced, and acted in the short film. Ryals found there was a lot of chemistry working with Tekin. She described it as “Yes And” writing chemistry.

“Merve would throw out an idea, and I would go YES! and then I was off the ground writing a scene,” she said. “This was my first short film as a writer/producer.  I was really lucky to have this first time experience with someone like Merve.  She pushed me to set high expectations for myself and the project, and exemplified true leadership.  Even when times got really stressful, as they do especially in low budget film making, she was able to keep a calm demeanour and push through, always keeping a strong end goal in mind.”

Ryals, Tekin and Kelly all agree that they were a well oiled team, where working together was not only successful, but fun.

“I feel very lucky that I worked with Mark. He is a real talent. He contributed a lot and improvised a lot in this movie,” said Tekin. “Calli was involved in every aspect of this project, she co-wrote it, she produced it and she acted in it. She was always with me during the process. We are still working together for future projects.”

“Mark added so much to the character that wasn’t written.  In between takes, he would say ‘What if I did this?’ And Merve let him run with it. Merve let him improvise the takes and he would have everyone in stitches,” described Ryals. “Had I known he was so dang funny I would have budgeted in muzzles for the crew members.”

“I hope I get another opportunity to work with Merve and Calli Ryals as I felt we had a great balance in juggling all of the demands of a tight schedule and still walked away feeling like we achieved our creative goals,” said Kelly. “Merve knows when to leave the actors alone when things are creatively on par and when the step in when we go off the rails and need her guidance. She is an absolute pleasure to work with.”

Tekin desribes the entire process of making this film as fantastic.

“We gathered great spirits together for this project. We stayed in a RV park in the middle of the desert with 17 people. We were shooting during the day and having barbecue parties at night. Locals joined us, we ate together, we drank together,” she described. “Keeping motivation up is one of the biggest duties of the director. People felt like they belonged to the project. What we laughed about during filming was what made people laugh in the screening.”

Tekin was very successful in her goal of keeping motivation up and ensuring a positive work environment on set. 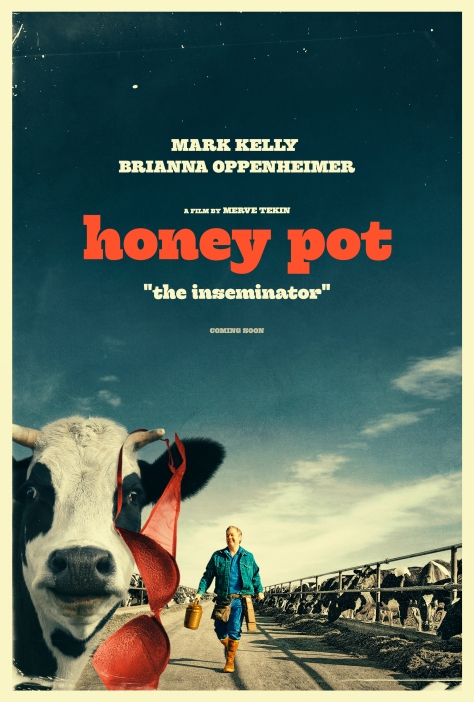