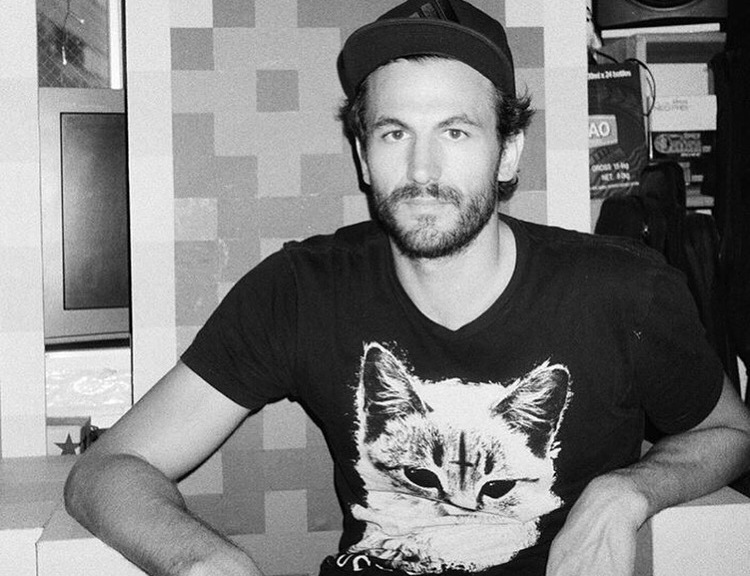 Oberto is among the few creatives whose talent and creative sense have helped connect global brands and contemporary artists with millions around the world. His deep understanding of the luxury world and unique eye for beauty led his work to be featured in Rolling Stone, LA Times, Billboard, Forbes and TIME, as well as on CNN and ABC with “Good Morning America.”

Known for his ability to channel the true essence of a label, he is the director behind successful campaigns for iconic fashion brands such as the Chanel Group, Chaumet, Givenchy and Lancôme, to name only a few.

Often trusted during the early stages of brand development, the award-winning director collaborated with the French label Morreale Paris in 2018 to create the commercials that would introduce their two signature fragrances to the USA.

Known for their bespoke scents, the brand’s mesmerizing perfumes have been called “a fragrance for royals”. Founded by Jean-Pierre Morreale, a French descendant of European knights, the honored family affair required a sophisticated director with a creative eye to embody the company’s history. With this in mind, it was Oberto’s seasoned knowledge of luxury branding that helped transfer Jean-Pierre Morreale’s dream of crafting the most luxurious fragrances into a captivating reality.

“It was quite fascinating for me to be able to use my skills in so many creative areas, and to have the trust of Jean-Pierre Morreale and his creative director Maxime Rancon to do so”, he says. “Jean-Pierre Morreale had strong values for his brand, and he was attached to seeing them represented in the films. Honor and respect with a noble sense of transmission were some of the core messages he wanted us to incorporate,” he adds. “He also had a certain taste for the past and for whimsical worlds. So these were the elements I used to create the stories behind the three films.”

Presented as the most expensive perfume ever – according to Forbes – the brand’s image rose to prominence with the help of Oberto’s commercials, which were released over the course of several years.

He adds, “It’s rare for a director to be able to collaborate with a brand during such an extensive period of time. I am honored and humbled that they trusted me to bring their dreams and desires to the screen.”

His ability to go above and beyond, whilst remaining humble has been praised by his peers and numerous industry leaders. “I was astonished by the precision of his vision and the strength of it. Clément’s treatment was a detailed patchwork of colors and materials, landscapes and characters. The stories were very beautiful, and exciting to bring to life,” says art director and stylist Nelly Zagury, who’s known for working with Grammy-nominated artists Demi Lovato and FKA Twigs. “I truly enjoyed the challenges Clément gave me. He managed to provide enough space to both follow his directions but also surprise him with my skills.”

Oberto’s artistic vision stems from a soft use of metaphors and symbolism, combined with a strong relation with sounds and voice over. In his work he has many times captured the feminine essence and the natural beauty that every woman exudes.

In 2018 he directed the visually stunning “Entre Ciel et Mer” commercial for the French trendsetting swimwear brand ERES, which operates under the Chanel Group. Known for being simultaneously elegant and daring, the chic label has been producing gorgeous swimwear and lingerie garments for over 40 years.

Clément Oberto was approached by producer and leading global creative agent Jordane Crantelle to design a concept that would secure the funding of the commercial, and also highlight the grace and sexiness of the new exclusive collection. Embodying the brand’s identity Oberto developed the campaign’s theme around the faint parallels between a woman’s body and architectural design. The soft lighting and bright production design created the perfect environment for the commercial, which starred French actress, model and L’Oréal Professionnel ambassador Loan Chabanol.

“I believe a lot of my style aims to be metaphorical. To me, this is the essence of poetry, and something I’m very attached to. With this video, I wanted to blur the line between anatomy and architecture,” he shares. “To never know if Loan was talking about the design of the house or the shape of her body.”

His commercial aligned perfectly with ERES’ branding, and captured the attention of many industry professionals. “He has an excellent sense of story telling and knows how to enhance the visual quality of a production. His esthetic is impeccable! And he is very easy going and sensitive to the actor. He knows what he wants and is good at communicating it,” says Loan Chabanol. “His natural sense of beauty makes him very unique and separates him from other directors.”

Among his phenomenal skills as a writer, producer and director, Oberto’s expertise of color grading, video editing and VFX gives him a wide range of actions to filter emotion into any project. In 2017 he teamed up with French DJ and record producer Gilles Bousquet aka. Mr. Flash to create the film “Cream” an audiovisual poem about loneliness, sensuality and the passage of time.

In the film Oberto developed a unique contrast of bright reds and dark shadows to create a seductive overall tone, while Mr. Flash highlighted the depth of loneliness with a haunting soundtrack.

Mr. Flash, who’s famous for his collaborations with Kanye West, Mos Def and Sebastian Tellier, is also one half of the band Faded Away for which Oberto created a music video back in 2018.

The visual masterpiece, which earned multiple awards, created a juxtaposition between pregnancy and a dark yet magical 80’s culture.

“Clément has a unique visual identity and brings a special artistic dimension to every project. His particular style made it clear for us that it was him we wanted to work with. Him and no one else,” says Mr. Flash. “Clément knows what he wants and pays a lot of attention to details. He works a lot in preparation to ensure the result will be close to the initial pitch. That’s a quality that I’ve very rarely witnessed when working with directors. He cares about every project and never just does something, for the sake of doing it.”

From his remarkable ability to represent million-dollar companies on a global scale, to directing edgy music videos and captivating visual stories, there’s no room to deny that Clément Oberto’s work is as beautiful as it is purposeful. His ability to direct an entire production from every angle reflects his natural skills as a leader, whose precise eye for details sets the tone for success, and we can’t wait to see what he delivers to the world next.