Born and raised in Taipei, Taiwan, actor Jolie Chi is now internationally recognized for her award-winning roles. She is currently featured in the Sony family adventure feature “Destined to Ride,” 0pposite award-winning Hollywood talents Denise Richards and Joey Lawrence, the latest step in an impressive career.

A highly talented actor, Jolie Chi has established a reputation for being an invaluable asset to every production she takes part in—and many of these projects have received awards specifically because of her involvement and exceptional performances. Chi’s lead role as the title character in offbeat indie release “My Lunatic Lucy” accounts for more than half of awards which the film received, including Best Actress at the Independent Short Awards, Best Actress at the Top Shorts Film Festival, Best Actress in a Comedy at the Actor Awards, and Best Actress at the LA Short Awards.

Despite some fierce competition, Chi’s appealing charisma and high energy style practically guaranteed her being cast as “Destined to Ride”’s Amy Tsai. The character was written as much younger than Chi, a challenge which the skilled actor eagerly rose to.

“The key to portraying a character that’s younger than me was to review every little thing I went through when I was growing up,’ Chi said. “While doing that, I would write down my emotional state—excited, spoiled, easily embarrassed—and also, of course, go through the changes I have made since I have grown. I sat down, closed my eyes and thought back to how I was as a kid because I was a wild and fun one so I thought playing my younger self will make Amy stand out the most.” 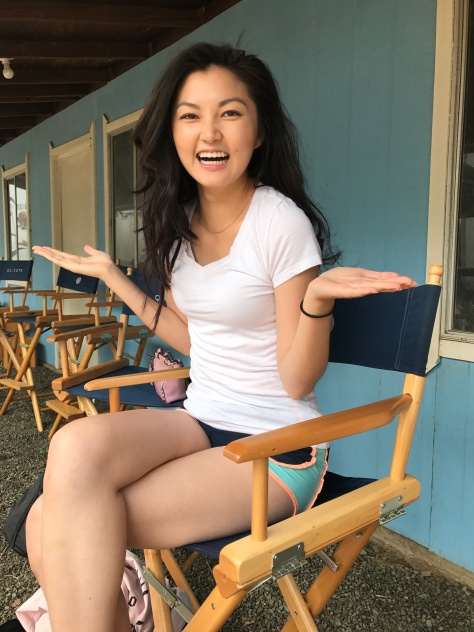 “Destined to Ride” represents a critical upshift in Chi’s already fast-moving career, one where she worked alongside, held her own and learned from a stellar roster of established stars. It was a golden opportunity which the ambitious young actor definitely made the most of.

“The interaction between Madeline Carroll and myself was so much fun,” Chi said. “She’s so positive and really inspired me. Madeline taught me to really learn about every human being so that you’ll know how to specifically mimic them.
A remarkably versatile actor, Chi also recently made a music video appearance in pop sensation Justin Timberlake’s 2018 hit single “Filthy,” and has also played lead roles in numerous high-profile commercials, including Momo (a Chinese instant-messaging service) that was featured in movie theatres and on billboards across China. Expect to see much more from Jolie Chi.