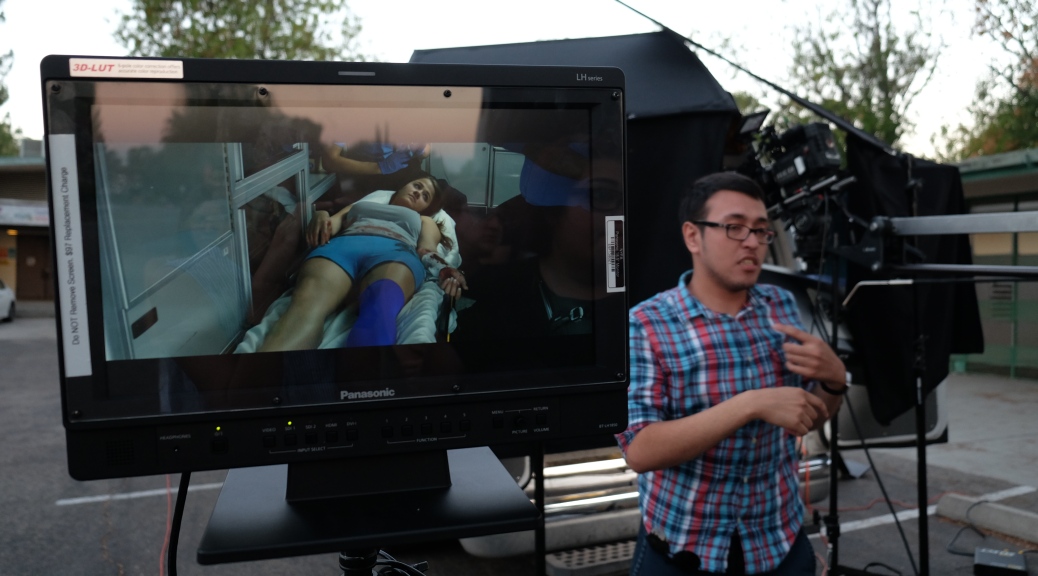 As a child, growing up in Riyadh, Saudi Arabia, Talha Bin Abdulrahman’s father used to rent movies and watch them with his family. This quality time together meant even more for the oldest brother, as he was enthralled by the films in a different way than the rest of his family. Bin Abdulrahman knew then that he was meant to be a filmmaker, and has spent his life making that dream a reality.

Now, as a director, Bin Abdulrahman does exactly what he always dreamed of. He creates all new worlds, and sees his job as gathering all the pieces of a puzzle and putting them together just right. This viewpoint is that of a perfectionist, which is exactly what Bin Abdulrahman is when it comes to filmmaking. His newest film, The Scapegoat, is a telling tale of a writer going through a rough spot, and is expected to be a strong contender at many of the world’s most prestigious film festivals. This is no different than his previous work. His comedic musical Film School Musical is an award-winning look at the difficulties a young filmmaker can go through, and his feature Viral Night, although still in pre-production, is a thriller that audiences can already look forward to.

“The rush of being on set, there’s nothing quite like it. You get to see performances of talented people giving you their best with what they were given, even when things go south there’s always some kind of silver lining or a lesson to be learned so you avoid it in future situations,” said Bin Abdulrahman.

One of the director’s favorite films to work on was the 2015 dramatic thriller Served Cold. Honoring television shows like Breaking Bad and Better Call Saul, Bin Abdulrahman wanted to tell a story about the drug world, showing that there is no clear-cut black and white in this world. Therefore, Served Cold is about a former drug lord who is sentenced to life in prison after killing an undercover cop. With the help of his shady attorney, he has to take desperate measures in order to be with his teenage daughter.

“There is a lot of interesting grey areas to discover and I wanted this project to shed some light on that theme. It’s essentially a cold revenge story about a criminal lawyer who poisons one of his clients who was sentenced to do a life sentence for illegal drug trafficking and killing the undercover DEA agent, who is also the lawyer’s father by adoption. This scheme doesn’t go as planned,” said Bin Abdulrahman. “Revenge stories can be very emotionally engaging and it’s a good way to see the characters faced with their worst nightmare, the rage behind the revenge fuels the whole story and it’s satisfying for the audience to go through this emotional journey.”

Bin Abdulrahman’s vision for the film was achieved when it won the “Audience Choice” at the SFA awards in January 2015, which was being held at the same time and place as the Sundance Film Festival. The film’s rights were then sold to ShortsHD, an international cable channel, where it was such a hit with audiences that it has aired twelve times during 2015.

“It feels very rewarding to be validated by awards and audience reactions. I think to myself that I must be headed on the right direction. It feels reassuring after five months of work to know that it wasn’t for nothing and it boosts you to move on to your next project,” said Bin Abdulrahman.

After writing the script himself and self-financing the production with his producer, Bin Abdulrahman made the decision to also direct the film. After finding the right cinematographer, the project took off. Immediately, Bin Abdulrahman became committed to telling the story of Served Cold with a specific vision in mind. He knew the look and feel that was appropriate for the genre and worked hard to bring the script to life. The story is very moody and has layers of dark tones, so maintaining that feeling depended a lot on the actors and how realistic their performances were, so as the director, Bin Abdulrahman strived to get the best out of his cast, and his efforts paid off. It gave him quite a lesson on finding the best way to get his actors in the mood and to get them be very serious, as all of the scenes were extremely intense. Throughout filming, the director strived to be fully harmonious with his crew, and he succeeded.

“Working with Talha is a blessing. He comes to set extremely prepared, knows what he wants and is very easy to work with. I enjoy working with directors like Talha who makes a producer’s life easier,” said Maan B., the Producer of Served Cold. “Talha is a very talented, creative, and visionary director. I experienced it on set with him; we came to set one day with something we have long prepared for, but something did not work, so Talha came up with a better idea on the spot and we continued with our day without losing money. That’s the kind of directors I like. He’s not married to his ideas. He’s open to suggestions and anything else that will help the project for the better.”

Bin Abdulrahman knows just how to bring the best out of those he works with, and the best out of himself. It is what makes him such an in-demand director, and why he will continue to have such a prosperous career.