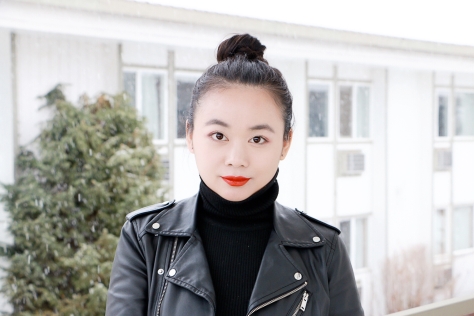 Creating and completing a film is in itself something of a miracle. The amount of work done by a varied group of artists and skilled professionals is layers deep; similar to an iceberg in the fact that most of these are not evident to the public. Director Florina Titz had poured everything she had into the film Caihong City but found the project stalled with some challenging postproduction obstacles. Titz reached out to Ye Zhu to channel the post efforts and create a new workflow to deliver the film to its final form. A multimedia production specialist with a wide skill set, Ye’s knowledge of the different production teams which coordinate behind the scenes allowed her to breathe new life into the film during the final stages. The director’s trust proved well placed as Caihong City appeared as on Official Selection at important events across the world from LA’s Valley Film Festival to the Paris Play Film Festival, Romania’s 12 Months Film Festival, and many others. Awarded the Best Trailer Awards at the Philip K Dick Film Festival in NYC, even the most brief glimpse into this film communicated that it was something truly unique.

Caihong City is a truly daring work of cinema. Filmed in over thirty locations in and around New York City’s five boroughs, this production features an international cast and a language created specifically for the story. This dystopian science fiction tale is set in a futuristic world where dying genius Liu Junjie (Zhao Lewis Liu) forms an unlikely alliance with crazed vagabond Serioja (Marian Adochitei) and depressed prostitute Lavinia (Lana Moscaliuc) to complete a super task to survive. The storyline and the footage was exceptional but the production came to a halt due to a number of postproduction obstacles. The most significant of these was a clear vision for the integration of a software interface that would transform modern NYC into Furui and Caihong City. Inseparable was a work flow that would allow multiple artists to share data, visual concepts, and delivery strategies. The ideas were available but it was Ms. Zhu who would help manifest them into reality. The greatest impediment to this was the fact that the film’s international cast and crew were now dispersed throughout the globe. She designed and coordinated an interwoven and overlapping series of tasks within a tight schedule involving all aspects of postproduction. Ye’s motivation, communication, and tenacity are prime assets which drove the production to completion.

Proving that her role is as much about creative vision as practical coordination. Ye not only enabled Caihong City to become finalized but even helped reimagine it to some degree. After organizing a WIP screening with a mixed crowd of sci-fi lovers, filmmakers, and potential investors for the film, she used the responses of these individuals to convince the filmmakers that a re-edit was called for. The cinematography and visual style was transfixing but the main characters had not been fully developed. Ye reveals, “After presenting the results to our post production team and going through the entire film scene by scene with the director and editor to discuss possible solutions, we decided to re-edit the film. During this process, we focused on building the three main characters by cutting out less significant characters and plotlines. We adjusted the pacing of the film by deliberately leaving long beautiful scenes in the film in between critical intense moments to create some breathing room for viewers. More emphasis was put on VFX to further explore ways of using the look and functions of the map to solidify the plot. The re-edit of the film integrated more logic and structure into the previously heavily instinct and emotion driven cut to reach a perfect balance that’s transformative to the final film. It’s like putting a puzzle together. You need to know what are the missing pieces for everyone involved in order to move on to the next stage and try to figure out the best approach to get things done efficiently.”

Beyond its remarkable aesthetics and adventurous use of linguistics, Caihong City continues the lineage proven by films like Crazy Rich Asians and Black Panther in proving that Hollywood and the entire world is ready to view a diverse cast. The impediments of previous generations of film have given way to the creativity of productions like Caihong City which prove that it is in fact a brave new world for film.