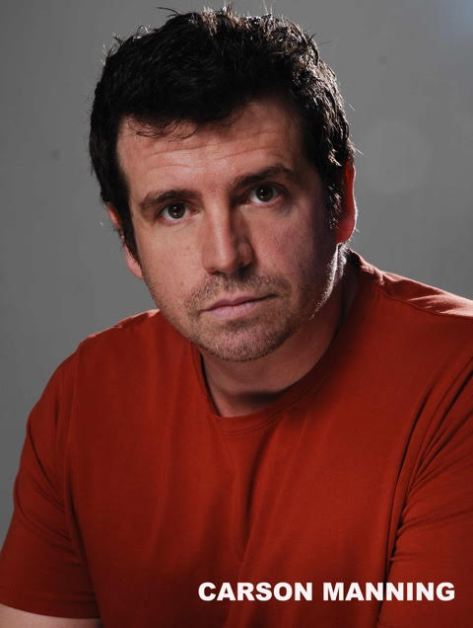 Stunt performer and actor Carson Manning, who has daringly delivered stunts for more than 70 different film and TV titles such as the highly anticipated “Suicide Squad,” “X-Men: Days of Future Past” and FX’s “The Strain,” has attached to play the leading role of Michael in “Time Man,” an exciting upcoming feature film written and directed by Travis Grant.

Now in development, “Time Man,” will take place in a present day, urban New York City or Chicago-type city setting. The drama-filled, action feature film will tell the tale of a middle-aged, disgraced superhero named Michael, who is looking to redeem his name. Similar to many superheroes, Michael does have an expected heroic ability, however, the nature of his is presently under wraps.

No stranger to action, Manning has employed his expert stunt work in recent releases such as Henry Nader’s “Shoot the Messenger,” Allan Ungar’s “Gridlocked,” Columbia Pictures’ “Pixels” and “RoboCop” (2014) and Sony’s “Pompeii.” His stunt performing and utility stunts for “X-Men: Days of Future Past” led to a 2015 Screen Actors Guild Award nomination for Outstanding Action Performance by a Stunt Ensemble.

After reading the script for “Time Man,” Manning immediately knew he wanted to be a part of this high-concept, highly original superhero story. “The character Michael is multi-dimensional,” Manning said. “At the beginning of it, you can’t figure out who this guy is. I had already done all of the superhero films and thought ‘Wow, this is really different.’ The writing and the scenes were so compelling.”

Standing apart from the formula of superhero studio films, Grant, who is previously known for known for “Nick Ryan,” “Maybe Tomorrow” and “Paper Trail,” meticulously worked to create an original superhero story.

“I loved superheroes when I was a kid. When I first sat down with this, I felt like there was a bit of a hole. They’ve [the studios] glossed over character moments. They’re trying to make a big budget tent pole film,” said Grant, of his initial ideation regarding filling a gap in the current marketplace among superhero movies. “There are other superheroes you can explore that aren’t DC or Marvel properties.”

From this inspiration, Grant created “Time Man,” who is known as Michael in the story’s opening. On the character himself, Grant said, “He was looked up to as a shining beacon for the city. He became obsessed with one bad guy he couldn’t catch. He made a poor decision and that cost him everything – his powers, friends and family. He became a loner, about as far as rock bottom as you can get.”

The film will contain flashbacks, ultimately telling two stories at once. “‘You’re kind of seeing who he [Michael] became and also his fall. It’s reverse arcs at the same time. They converge at one pivotal scene at the very end,” Grant revealed.

The audience will find that the villain will play a very important role, as Grant also noted the character is integral to Michael getting back on his feet. Furthermore, alongside Manning, actor Ryan Barton (“Co-Ed”, “Owl River Runners” and “Nick Ryan”) has been cast.

Manning’s vastly impressive achievements as a stunt performer and actor have spanned nearly three decades and dozens of distinguished productions. Due to his wide-spanning, world-class experience in filming stunts, Manning is a person who can make judgment calls concerning safety, and recommendations pertaining to what realistically can and cannot be done budget wise.

In addition to starring in “Time Man,” Manning will also be coordinating and performing his own stunts, too. “To me, having an actor who is able to do all or most of their stunts is invaluable,” Grant said when describing Manning’s type of talent. “You’re not limited as to how you can shoot the scene. You can tell a story within the fight.”

Manning’s tour de force stunt performing and acting has also been engaged in many acclaimed TV series that have had international viewership. He acted in all three parts of ABC’s Primetime Emmy winning “Storm of the Century,” which was a miniseries event from writer Stephen King. Manning performed stunts for seven episodes of the Gemini Award winning action adventure series, “Mutant X,” six episodes of Syfy’s hit series, “Alphas” and for three episodes of The CW’s Primetime Emmy nominated “Nikita.”

The action-packed, feature film “Time Man” will allow Manning to utilize both of his specialties at once as he delves into the mindset of his new role as Michael. “Time Man” is projecting to shoot this year and release in 2017.